Shorter is better 4 all, so tell your boss to call this guy

Shorter is better 4 all, so tell your boss to call this guy 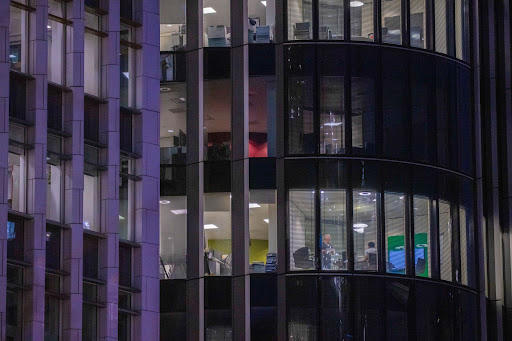 WE LOVE YOU, JOE! Joe O'Connor, a onetime union official from Ireland, is leading a global push for more companies to embrace four-day schedules.
Image: Bloomberg

Joe O’Connor wants to persuade your boss — and everyone else’s — to reduce the work week to 32 hours.

As CEO of the non-profit 4 Day Week Global, O’Connor oversees six-month boot camps now helping 170 companies, with 10,000 participating employees around the world, to adopt more flexible work schedules. The New Zealand-based organisation has signed up employers in the US, Ireland, Australia and Canada, as well as its home country. This month, 70 companies in the UK, with more than 3,300 employees, will embark on a pilot programme that includes training, mentorship, data collection and networking, O’Connor said.

He is capitalising on a watershed moment in the workplace, where the future of when and how work happens is up for grabs. Workers and managers know from the past two years of working from home that many jobs don’t really require 40 weekly hours to complete. But the relationship of workers and employers remains in play, with some high-profile CEOs, such as Elon Musk, demanding workers return to the office and others, among them Thomas Gottstein, CEO of Credit Suisse Group, acknowledging that his company will never return to full-time, in-office staffing. O’Connor is seizing this moment of ambiguity to provide organisations with a palatable path forward.

But not for himself. If O’Connor touts the virtues of working reduced hours, his own schedule is hardly abbreviated. A recent work day began with a 6.15am media interview. Other days end with 9pm online information sessions with executives considering an Australia and New Zealand pilot programme, which 4 Day Week Global plans to launch in August.

“We laugh about being acolytes of reduced work time who do conferences in weird time zones in the middle of the night,” he said.

O’Connor’s sudden rise is unlikely. He isn’t an experienced consultant who hobnobs with CEOs or a billionaire who had an epiphany. The 33-year-old Irishman can most often be found at his desk in the living room corner of a one-bedroom flat in Astoria, Queens, that he shares with his partner, Grace, and their cocker spaniels, Ned and Lady.

A former director of campaigning at Ireland’s largest public-sector trade union, O’Connor moved to the US nine months ago, obtaining his visa through the Worker Institute at Cornell University, where he is also a visiting scholar researching work-time reduction. But he had much larger intentions while stateside.

Some parents who participate in 4 Day’s programmes opt for five six-hour days a week, while some coders prefer three 11-hour days. Many companies don’t drop a full day from the schedule right away.

“It wasn’t until well into his stay here that I realised that he had come here to organise a US pilot and expected me to run the research for it,” said Boston College economist and sociologist Juliet Schor, who is spearheading 4 Day’s global research efforts and delivered a spring TED Talk on the larger case for such a week.

Aside from the challenge of reversing an ingrained societal norm, O’Connor faces a branding problem: “Four-day week” is a misnomer. He and others define it as a metaphor for suitably reduced hours — typically 32 a week — and flexibility. For example, some parents who participate in 4 Day’s programmes opt for five six-hour days a week, while some coders prefer three 11-hour days. Many companies don’t drop a full day from the schedule right away.

“We work with lots of companies that do a gradual reduction,” O’Connor said. “Some shave off an hour a year.”

O’Connor became an evangelist for shorter workweeks inadvertently. While he was working with the union in Ireland, the government instituted a policy to avoid pay cuts by increasing many workers’ weekly hours from 35 to 37. This didn’t sit well with O’Connor. He sent a survey to union members and the answers changed the course of his life: hundreds of workers, mostly mothers explained what had happened when they’d followed the common Irish parent path of voluntarily reducing their hours and salaries for family reasons, such as working 70% time for 70% pay.

“We had hundreds of people saying: ‘Our expectations are the same, our responsibilities are the same, our output is the same, yet our salaries are less’.” The survey clued him into two facts that have become his guiding truths: workers typically deliver outputs in the time allotted and work hours shield a large-scale gender-inequity problem. A man with a mission emerged.

In 2018 O’Connor spearheaded a conference in Ireland called the Future of Working Time. “There was a lot of pushback, externally and internally,” he said, with concern “that this was going to be perceived as lazy public servants looking for more time off”.

The next year he launched 4 Day Week Ireland (its tagline: better 4 everyone), pulling together academics, businesses and the National Women’s Council of Ireland as members. He positioned shorter weeks as a centrist proposal that would meet the needs of workers, businesses and society, and a standard 35-hour workweek was finally reinstated in April. He also joined forces with then-fledgling 4 Day Week Global, which was founded by a semi-retired couple named Andrew Barnes and Charlotte Lockhart. They self-funded the group after Barnes’ trust company, New Zealand-based Perpetual Guardian, thrived under an abbreviated schedule.

Soon the Covid-19 pandemic uprooted a century of workplace norms. Barnes and Lockhart hired O’Connor as their CEO and in September 2021 he moved to America to run the sleepy non-profit. Arriving in the US, the former union official realised he would need to go to companies directly to create momentum.

It’s inevitable that for this to succeed it would have to be driven by the corporate world and private business and private industry.

“It’s inevitable that for this to succeed it would have to be driven by the corporate world and private business and private industry,” he said.

O’Connor has quickly adapted to the language of CEOs, smoothly talking shop about recruitment, retention and competitive edge.

“He just tells you how it is,” said Adam Husney, CEO of Healthwise, a US consumer-health information company with 250 employees that moved to a four-day week this year. “He’s not trying to convince you; he’s just sharing the data.”

Healthwise has seen lower burnout and increased satisfaction, with no decline in productivity, Husney said, and a crippling attrition problem has disappeared altogether. “We have lots of work to do and we worry we’ll slide backwards, but for now it’s working really well.”

4 Day Week Global now offers a dizzying array of pilot programmes globally. Seventeen companies in Ireland with 600 participating employees will complete 4 Day Week Global’s first pilot in July, O’Connor said. A US pilot of 40 companies with 3,200 employees is just past midway; a pilot in Australia and New Zealand begins in August; a new US and Canada pilot launches in October; followed by a European pilot in February. Starting next year, new cohorts will launch quarterly, each with a two- to three-month phase beforehand for planning, pilot design and research baseline assessment.

O’Connor, meanwhile, is learning the art of fraternising with a more disparate crowd, with his old alliance-building skills coming in handy. He also hopes to work less before too long. For now though, he would prefer not to discuss his hours.

Does he work five days a week?

“You know, we’re trying to change the world here,” he said.

“We’re a small, growing organisation with exponential increases in demand,” O’Connor said. “Like many CEOs ... ”