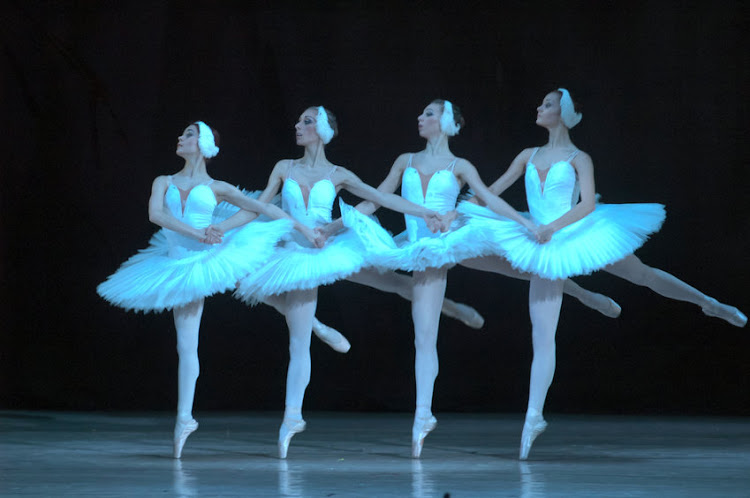 Banning Tchaikovsky is not the way to win a war. Last week, the Cardiff Philharmonic Orchestra removed the composer’s popular 1812 Overture from its forthcoming programme due to the invasion of Ukraine. The work noisily celebrates Russian resistance to Napoleon’s invasion.

This absurd decision — Tchaikovsky was seen by his nationalist rivals in the 19th century as a westerniser — follows other cultural bans that combine modern cancel culture with old-fashioned war hysteria. One Italian university has even tried to withdraw a course on the great Russian writer Fyodor Dostoyevsky.

At the outbreak of World War 1, the English novelist Graham Greene recorded that anti-German feeling was so fierce that a dachshund was stoned on his local high street. (The US Kennel Club renamed the breed “The Liberty Pup”, and the British rebranded German Shepherd dogs as “Alsatians”, a name which stuck.) Should we now fear for the safety of borzois on the streets of New York and London?

The Cardiff Philharmonic’s pusillanimity may seem comical, but the severing of cultural ties to Russia is no laughing matter. Sanctions have a role in degrading Russia’s ability to threaten others. A blanket cultural boycott, however, will hurt those we should be helping — the brave artists who stand up to the Kremlin.

We should learn from the mistakes of the past. In the clumsy cultural boycott of SA from the 1960s, both the apartheid state and its enemies were subject to censorship. The rules were later softened to allow anti-apartheid artists to work abroad.

At the height of the Cold War, defections by the great stars of Russian ballet, Rudolf Nureyev and Mikhail Baryshnikov, from their touring company were seen as symbolic defeats for the Soviet Union.

Today, cultural and sporting organisations tied to the Russian state should be sanctioned, but innocent individuals should not suffer them. It makes sense to ban Russia’s national team from the Soccer World Cup. Similarly, it was right to scupper the Formula One Grand Prix due to be held in Sochi and kick Russia out of the Eurovision Song Contest. Vladimir Putin should be denied access to any international stage that normalises his regime.

In London, the Royal Opera House’s recent cancellation of a co-production of Swan Lake with the Bolshoi Theatre falls into the same category, though it is a hard call. The famous company is used as a showcase for state-sponsored Russian culture. “Our beef is not with the Russian people, but with Putin’s regime and the appalling humanitarian consequences of the invasion of Ukraine,” says Alex Beard, CEO of the opera house, which employs a wealth of Russian and Ukrainian talent. However, he believes it would be inappropriate to demand that individual artists denounce the invasion, if only for fear of the consequences for their friends and relatives back home. Beard lights up the venue at night in the yellow and blue of the Ukrainian flag.

No tears will be shed, however, for Valery Gergiev, the director of the Mariinsky Theatre in St Petersburg, who has been stripped of the directorship of the Edinburgh International Festival and his role as conductor of the Munich Philharmonic. Gergiev staged a victory concert for his patron, Putin, after the annexation of Crimea. In return, the Kremlin has bankrolled the musician’s arts empire.

One sporting ban is overdue. Long before the current hostilities, the Russian Olympic team should have been barred from international competition. At the London Sunday Times, where I was editor, we helped confirm the existence of an official state doping campaign and yet still the Olympic movement allowed Russian athletes to compete under a flag of convenience. A few weeks ago, the authorities permitted the 15-year-old Russian figure skater Kamila Valieva to compete in the Beijing Winter Games despite her failing a pre-Games test for performance-enhancing drugs.

And yet, the decision to end official cultural exchanges leaves a bitter taste.

At the height of the Cold War, defections by the great stars of Russian ballet, Rudolf Nureyev and Mikhail Baryshnikov, from their touring company were seen as symbolic defeats for the Soviet Union. Young artists and athletes exposed to outside societies and values channelled these in their work.

The British cellist Julian Lloyd Webber recalls one of the greatest Russian practitioners of his art, Mstislav Rostropovich, choosing to play the Czech composer Antonin Dvorak’s Cello Concerto at the BBC’s Promenade Concerts with “tears pouring down his cheeks” after Soviet tanks rolled into Prague in 1968. It “spoke more than words”, he says.

Even when relations between East and West went back into a deep freeze after the 1979 Soviet invasion of Afghanistan, exchanges among artists and intellectuals gave encouragement to dissidents on the wrong side of the Iron Curtain.

Brave Russian artists, priests and intellectuals have been the backbone of opposition to the country’s autocrats for centuries. The West should be careful not to isolate those who represent the country’s conscience.

Russian artistic dissidents didn’t just disappear with the publication of Aleksandr Solzhenitsyn’s Gulag Archipelago in the mid 20th century. Today their works defy the country’s ultranationalist kleptocracy. Perhaps if a few more Western leaders had seen Andrey Zvyagintsev’s film Leviathan, released in 2014, they would have better understood the nature of their Kremlin antagonist. Leviathan, set in the frozen north, was a parable of the Russian state and official Orthodox church, both rotten to the core.

And more than a decade before the current conflict, a best-selling Russian novelist, Vladimir Sorokin, prophesied Putin’s ultimate destination. The writer’s 2006 novel, Day of the Oprichnik, describes a dystopian Russia in 2027, with a tsar in the Kremlin served by a secret police resembling the brutal bodyguard of Ivan the Terrible. A “Great Russian Wall” separates the country from its Western neighbours. It emerges that the modern Russian language is filled with Chinese expressions, the country manufactures nothing itself, and the tsar, readers finally learn, is an underling of Beijing.

Sorokin’s works should not be cancelled. Rather, they should form part of any international affairs curriculum.

Martin Ivens was editor of the Sunday Times from 2013 to 2020 and was formerly its chief political commentator. He is a director on the Times Newspapers board.

A pill struggle: it’ll be over a year before poorer nations get Covid drug

As firms rush out of Russia, what about the workers they’re leaving behind?