There will be Vlad: why Putin’s pride can only lead to his fall

There will be Vlad: why Putin’s pride can only lead to his fall

He has fallen into the autocrats’ trap, and history has many examples of what will almost inevitably follow 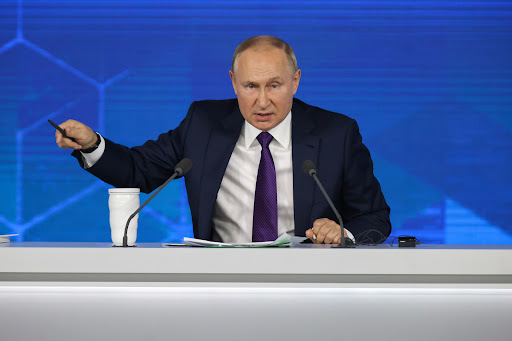 The worst has now happened in Ukraine. Russian President Vladimir Putin has invaded it.

It’s a dark moment for Russia, for Ukraine, for Europe — the darkest in Putin’s two decades at the helm. It is also a point of no return for Russia’s leader, and one with lasting consequences for the world.

Putin has fallen into the autocrats’ trap. Isolated, he is no longer able to weigh up reality as it is, but sees his fears instead. He is obsessed with what he perceives as the threat from Ukraine’s westward drift and with turning back the clock to reset the post-Cold World order. His speech on Thursday — ranging from Russia’s weakness at the time of the collapse of the Soviet Union to Iraq, Yugoslavia and a chilling warning against Western intervention — was hardly the product of a cool, rational mind. It could not have contrasted more sharply with Ukrainian President Volodymyr Zelenskyy’s earlier moving appeals for peace, made directly to ordinary Russians. US President Joe Biden called Russia’s actions a “premeditated war”.

Hubris, paranoia, military adventurism — a heady combination and one that has been fatal for dictators and their regimes. And Putin is starting a war Russians do not want, for which they will pay the cost.

Political scientist Daniel Treisman, in his study of autocrats’ last acts, found that most regimes come to an end through mistakes, whether because they ignored change or, like Argentina’s general Leopoldo Galtieri, embarked on an ill-advised war. He invaded the Falklands in 1982, assuming Britain would not fight and that his population would unite behind him. He was misguided and the blunder was terminal.

Even by the standards of a repressive authoritarian regime with a history of false-flag operations and fabricated pretexts for war — and for an autocrat with a penchant for macho, reckless military pursuits and rewriting the past — the past few days have been hard to comprehend.

Russia is not Argentina and there will be no such immediate repercussion for Putin, whatever happens. Increased repression at home is the most likely consequence from this show of force abroad, either because the Kremlin can or because it must.

But consequences can play out over time and the Russian president appears to be unravelling. Even by the standards of a repressive authoritarian regime with a history of false-flag operations and fabricated pretexts for war — and for an autocrat with a penchant for macho, reckless military pursuits and rewriting the past — the past few days have been hard to comprehend. A rambling, hour-long speech on Monday laced with wild accusations, portraying Ukraine as Vladimir Lenin’s invention. Then a staged Security Council meeting with senior officials being made to publicly support Putin and the recognition of the separatist republics. Now, a war that, stretching credulity to the limit, Putin says will “denazify” Ukraine, a country that suffered brutally in World War 2.

He made his move, moreover, while the UN Security Council was meeting in a last-ditch attempt to avoid conflict.

What is remarkable here is not just the ambition of what Putin is apparently undertaking, a full-scale military operation with little regard for repercussions, an effort to destroy a neighbour and destabilise the region. It’s also the scale of the delusion when it comes to the threat posed by Nato and, crucially, his country’s long-term ability to bear the human and financial cost of isolation. Yes, Moscow has built up central bank reserves and a war chest, but this is a country with a stagnating economy and one that’s already struggling to deal with a health crisis as Covid-19 races through an under-vaccinated population.

To drive home the point, the West must now dramatically ramp up sanctions, reaching far beyond individuals into Russia’s state banks and more, even if few options now come without a cost for Europe and the rest of the world. Putin has already begun the war no one but Kremlin hawks wanted. Now only the toughest measures can hold him back.

Clara Ferreira Marques is a Bloomberg Opinion columnist and member of the editorial board covering commodities and environmental, social and governance issues. Previously, she was an associate editor for Reuters Breakingviews and editor and correspondent for Reuters in Singapore, India, the UK, Italy and Russia.