As with life, so too is sport cyclical

As with life, so too is sport cyclical

As the SA heavyweight boxing division goes through another cycle, is Chris Thompson the next star? 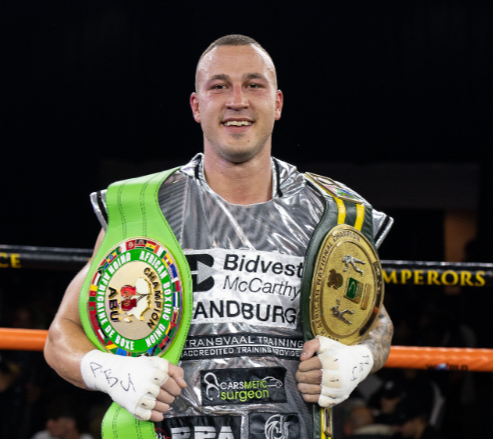 For all that SA has no boxing heavyweights in the upper echelons of the world scene, the division has buzzed in unprecedented fashion of late.

When Chris Thompson relieved Josh Pretorius of the SA title at Emperors Palace this past weekend, he became the third man to have held the belt this year.

And in some ways it underlined the cyclical nature of sport.

Three champions in six months is the single-biggest turnover since the professional fight game was first legislated in 1923.

In the 1980s there were only three — Gerrie Coetzee, Robbie Williams and Coetzer.

The so-called golden age of SA heavyweight boxing in the 1970s was the busiest decade with six champions. The changing of the guard was a regular occurrence in the first five years, from Japie Pretorius to Sarel Aucamp, Chris Roos, Jimmy Richards and Mike Schutte.

Coetzee gave the belt a stable home from August 1976, until he won the WBA version of the world title in September 1983.

So far in the 2020s there have been four champions already, including Tian Fick. Had Ruann Visser not been bust for doping and stripped of the belt, it might have been five.

It would seem that when the SA title is busy, the standard of the contestants is low.

On a cyclical level, the LIV golf series could be the equivalent of the rebel India Cricket League that fumbled along from 2007 to 2009 before collapsing, being replaced by the Indian Premier League.

The busiest of the top champs over the years was Coetzee, who edged Kallie Knoetze in a non-title fight in 1976 before making three defences — knocking out James Mathatho in seven rounds, Pierre Fourie in three and then outpointing Schutte in a rematch after their controversial first fight, probably the dirtiest contest in local ring history.

After that Coetzee focused his attention on foreign fighters, never facing another South African again.

There were no SA heavyweight title defences for more than 23 years, from April 16 1977 until Nel met Mofokeng on September 1 2000.

The five men who lifted the belt in those intervening years all won vacant titles.

But sport, and life in general, is cyclical and perhaps we’re waiting, as they were in the 1970s, for a star to emerge.

Kevin Lerena is probably too small for the real dreadnoughts, but time will tell. Thompson, like Lerena, came up from the cruiserweight division, though he was never the best in that class.

On a cyclical level, the LIV golf series could be the equivalent of the rebel India Cricket League that fumbled along from 2007 to 2009 before collapsing, being replaced by the Indian Premier League (IPL), which has become a mainstay of world cricket.

The LIV’s opening event in London did little to ignite extra passion for golf on my part. I’d rather watch a Major, thanks.

The players have made it clear that their participation was about money. Isn’t that the type of attitude that led to state capture? Or the Enron scandal. Or Masterbond. Or Steinhoff.

There was another event this weekend that was cyclical in a far more positive way — the Bulls and the Stormers winning through to the final of the URC.

Think back to the old Super 10 in 1993, in its inaugural year, when the mighty Transvaal beat Auckland 20-17 in the final at Ellis Park.

Once again, in a new tournament 29 years later, a South African team is going to win.