LIV and let live, but Saudi golf series is not as simple as that

LIV and let live, but Saudi golf series is not as simple as that 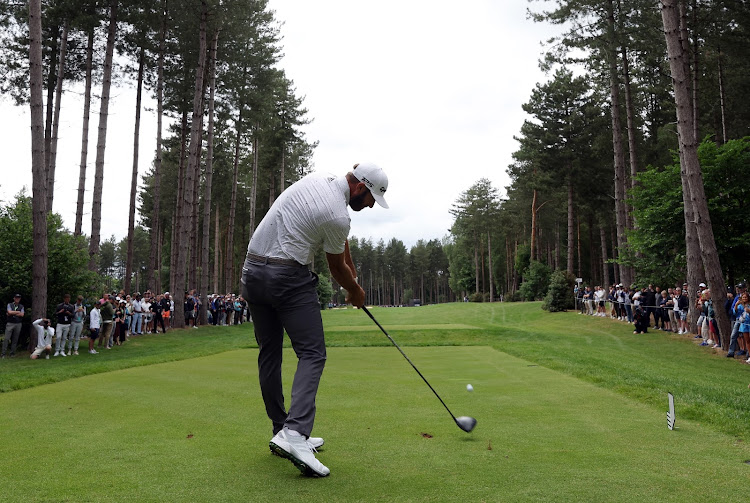 The shotgun start which marked the launch of the LIV Golf series outside London on Thursday was nothing in comparison to the din and jolt it has created within the sport’s establishment before tee-off.

The series has sent shock waves through golf’s upper echelons as a handful of its top practitioners have opted to turn their back on the established order for the vast riches of a series funded by oil, some say, blood money.

The series, which CEO and former world No.1 Greg Norman referred to “a carrot too hard to resist”, is well backed by the Saudi Arabian Public Investment fund.

The PGA Tour, as well as the DP World Tour, as you'd expect, were quick to protect their patch by threatening sanctions against players who participate in the LIV series.

Make no mistake, since the new tour appeared on the horizon, there has been a staggering amount of hypocrisy, whether from the established order or the breakaway group.

The organisers talk about how the sport will be a force for good around the world and it can help make inroads towards positive change (really?).

For a sport said to be so steeped in tradition, golf has an enduring devotion to money. Arnold Palmer and Mark McCormack are credited with opening up the sport to commercial opportunity for players, who up until the late 1950s had to hustle hard for a buck. It paved the way for players to earn money that frankly they were due.

But it didn’t take long for the sport to define much of it’s success in monetary terms. In fact, for a long time much prestige was attached to the top money earner on the respective tours.

Whenever new tournaments were launched, it would be associated with “how big is the prize pot?” or “what’s the size of the purse?”

If you wanted to grab the attention of the game’s top players you had better come with a fistful of dollars.

Much like the Saudis, apartheid SA’s repressive regime also dabbled in dangling the carrots. The genesis of what became the Nedbank Golf Challenge was the Sun City Million Dollar Challenge, which teed off in late 1981. Despite the country’s sporting isolation Gary Player and four of his mates, Americans Jack Nicklaus, Johnny Miller and Lee Trevino, and swashbuckling Spaniard Seve Ballesteros, teed up for the event. Miller eventually took off with half of the prize money, the biggest winner's cheque in the sport at that time.

Some of the criticism was wished away with the explanation that the event did not take place in SA, but in Bophuthatswana.

Morality was conveniently parked to the side for a guaranteed payday which saw the bloke who brought up the rear, in this case Player, earn $100,000 (R1.54m).

Of course the contemporary cash grabbers are placed under much greater scrutiny. On the eve of the first LIV event Westwood was asked if there was anywhere in the world where he wouldn’t play. By way of example the interrogator asked what if Vladimir Putin put on a tournament, or whether he would have played in apartheid SA?

Westwood sought refuge in the long grass with his reply. “You’re asking us to answer hypothetical questions.”

The men who signed up for the series obviously have the right to do so. The top earners among them talk about doing it for their families. They talk about financial security (really?) and getting to spend more time at home.

The organisers talk about how the sport will be a force for good around the world and it can help make inroads towards positive change (really?).

The prism through which I choose to view the series is simple. In exchange for huge amounts of cash the players will create a platform from which the repressive regime can bask in its self-generated glow.

The actions of the eight South Africans who have so far signed up are not the same, as has been enthusiastically argued on local blogs, as cricketers who choose to play in the Indian Premier League, or our rugby players plying their trade in Europe or Japan.

The LIV Series golfers have thrown their weight behind a venture of a regime that kills its people. The series is one of sport’s most grotesque money grabs.

I don’t expect the players in the LIV Series, when they line up a putt that has millions riding on it, to think of gross human rights abuses, enduring gender inequality or the blood curdling screams of Saudi journalist Jamal Khashoggi as he was being dismembered alive at the hands of state apparatus.

I just expect them to say: “I’m doing it for the money, finish en klaar!”

‘We will finish what we started’: Cyril’s message to anti-renewal brigade

This is Ramaphosa’s ‘pay back the money’ moment