The Foster-Fourie fight was a first, but not the very first

The Foster-Fourie fight was a first, but not the very first

Boxing did a lot for mixed-race sport in SA, but it certainly wasn’t the frontrunner 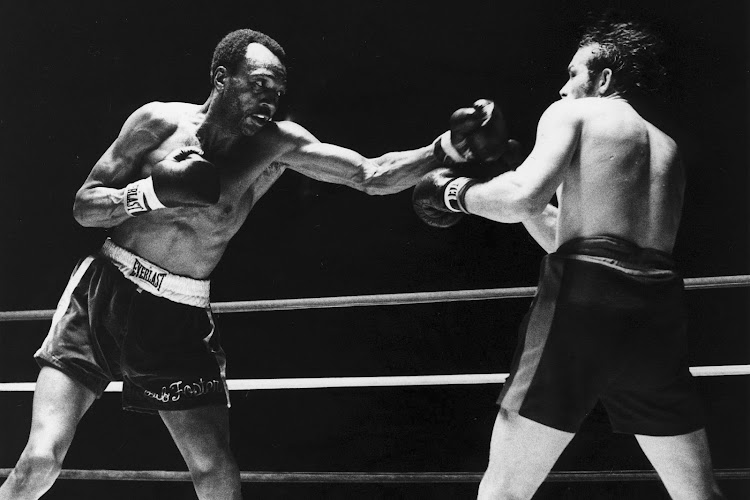 In the days before internet, long before we’d heard of fake news and clickbait, we had myths and urban legends.

And I stumbled across one of those, quite unintentionally, while researching items for our Today in SA Sports History segment.

When I started out covering boxing in 1996, anyone with a few years behind them would tell me that the professional fight game opened the way for mixed-race sport in this country through the world title fight between Pierre Fourie and Bob Foster at the Rand Stadium in Johannesburg in December 1973.

Back then black and white boxers were not allowed to fight each other in the professional ring because the apartheid government thought it wouldn’t enhance race relations. Not that the old National Party rulers had any qualification when it came to race relations, but I digress.

Fourie, SA’s most popular white fighter of the era, had first challenged Foster, the undisputed world light-heavyweight champion, in Albuquerque in August 1973.

Fourie lost on points, but he had the distinction of being only the second challenger to survive the distance, which was 15 rounds back then. It was massive news in white newspapers at the time; I was in my first year of school and at the time it was all our class teacher, Miss Smith, could talk about.

The Toweel family, the dominant force in SA boxing at the time, arranged for the rematch in Johannesburg.

By the time Foster and Fourie fought in December 1973, one would have run out of fingers and toes counting the other codes that had done nonracial sport first.

It was certainly ground-breaking and historical because, to allow Foster, a black American, into the same ring as Fourie, the white hope, required government approval. Professional boxing fell under an act of parliament.

So Fourie and Foster stepped into the ring in Johannesburg a few months later to slug it out again and they made ring history.

Fast forward two decades and a bit and the common thread is how this fight led the way in mixed-race sport in SA.

But having unearthed old newspaper reports I’m not sure whether this angle by boxing old-timers should be described as an urban legend, myth or just a total crock of you-know-what.

So far I have found the first mixed-race event took place in April 1971, the SA open tennis championships, in which Evonne Goolagong, an Aboriginal player, lost to Margaret Court in an all-Australian final. There were no local players of colour, though there was a promise this would be changed the following year.

Officially the first code to allow local players of colour was golf in a tournament at Huddle Park in November 1971. That ran from Wednesday to Saturday (because there was no sport allowed on Sundays, it had to be decided in playoff on the Monday), and two days later a mixed athletics meet took place at Green Point Stadium in Cape Town.

The golf tournament, the R25,000 PGA Championship sponsored by Louis Luyt, before he became rugby’s strongman, offered a unique extra by allowing spectators of all races to roam the fairways freely and use the clubhouse facilities.

This mixed-race sport was in reality nothing more than window-dressing by the government.

Earlier in 1971 prime minister John Vorster, affectionately known as BJ, though much of what he spewed was hard to swallow, came up with “multinational” sport, which allowed mixed-race sport in mostly Olympic codes, but only at national level. Provincial and club sport were excluded.

His policy allowed touring teams to select players of colour (presumably to prevent a recurrence of the Basil D’Oliveira  fiasco that had been fuelled by Vorster himself in 1968 when England cancelled a planned cricket tour to SA), but the mighty rugby and cricket Springbok teams remained for whites only.

Multinational did not equate to non-racial.

The SA Games that were staged in early 1973 saw many codes with white-versus-black-versus-coloured-versus-Indian competitors, as well as some from overseas. Among the sports was amateur boxing, with a tournament that featured future heavyweight stars Gerrie Coetzee and Kallie Knoetze.

In the featherweight final, five-time SA champion Leon Weitz was awarded a narrow decision over Desmond Stuurman, a teenage prospect from what was called Western Coloured Townships in Johannesburg.

Both their lives were cut short within months of each other because of circumstances carved out by apartheid policies.

Stuurman also happened to be the leader of a gang, at the time that gang warfare in the area was turning deadly, and he was murdered by members of a rival outfit in mid 1974. Weitz, a police sergeant, was badly injured a month after the Games when his truck overturned during border duty on the Caprivi Strip in then South West Africa, now Namibia. Paralysed, he died in hospital in October 1974.

By the time Foster and Fourie fought in December 1973, one would have run out of fingers and toes counting the other codes that had done it first. In fact, the first time local black and white fighters were allowed to take each other on was in 1976, and even then that was  only white champions taking on black champions to win Supreme titles. Race-based titles were scrapped only in 1979.

Foster-Fourie was a watershed for professional boxing in SA, but not sport in general. Let’s be clear about that.

‘Eastern Cape, why have you slashed funds for your poorest pupils?’