Just the Med-icine they need: Boks get balmy World Cup base

Just the Med-icine they need: Boks get balmy World Cup base 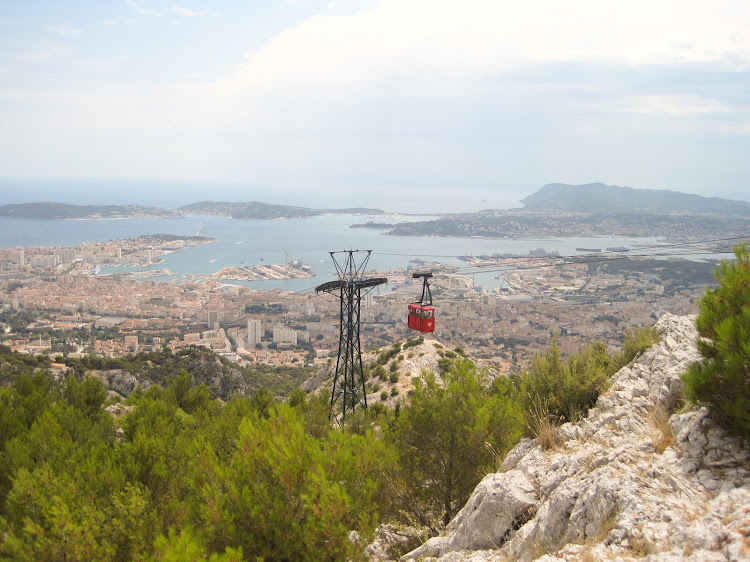 BELLE The French Mediterranean naval town Toulon will be base to the Springboks for next year's Rugby World Cup.
Image: Wikicommons

The next Rugby World Cup (RWC) is a shade over 15 months away and the French are on the charm offensive.

As the pandemic loosens its grip the world is returning to some normality and the French don’t want to be caught on the back foot in putting their best foot forward.

That much was evident earlier this week when a delegation from the Provence-Alpes-Cote d’Azur Tourism region started a series of presentations kicking off at ambassador Aurelien Lechevalier’s official residence in Pretoria.

The regions showcased their best in presentations aimed at attracting travellers to their corner of France during next year’s tournament that will be held from September 8 to October 28.

Sure, Paris will be the hub and gateway to France but the people of its south are desperate to have their share of the influx of foreign visitors.

The reasons for SA travellers to go south are multiple.

In a temperate Mediterranean climate, fans are likely to enjoy an el fresco existence with much to absorb by way of the region's deep rooted art, ever evolving culture, dazzling landscapes and epicurean excellence.

In fact, the region perhaps has more in common with SA than anywhere else in France.

The main reason South Africans will want to drop anchor near the Med, however, is their proximity to the Springboks.

Fans should have no issue following the team with high speed trains and supposed low-cost flights connecting Paris with the south.

The Springboks could hardly get closer to the Mediterranean in their semi-secluded hotel in Toulon for the first six weeks of the tournament. They will be housed in a hotel located on a peninsula that juts out to the west of the port city.

The location of the hotel presented a mild logistical travel concern but the French are troubleshooting.

Though only 11km separates the hotel from the training facility it was thought the traffic on the road that arcs between the two locations presented a potential irritation the world champions could do without. They will instead travel by boat with a jetty due to be constructed that will ensure the team’s safe disembarkation near their training ground.

The Boks won’t, however, play any matches in the naval town and fans may set up base camp further west.

The Springboks open their RWC commitments 64km down the road at Stade Velodrome in Marseille and their second match is scheduled for Stade de Bordeaux, before they head to Stade de France in northern Paris for a first RWC clash with Ireland, before completing their pool commitments back in Marseille.

Fans should have no issue following the team with high speed trains and supposed low-cost flights connecting Paris with the south.

While it was easy for the delegation to extol the virtues of their respective towns and surrounding areas, there is a wider public relations issue that remains unattended.

The manner in which the 2023 RWC was snatched from SA Rugby still rankles with some South Africans. SA spent an eye watering amount of money and ended up delivering the preferred bid book, before French rugby supremo Bernard Laporte applied all his political will to sway the decision when it was put to the vote.

While that vote occurred in 2017, South Africans can easily and lingeringly attach themselves to a perceived injustice. It is not that there is strident anti-France Rugby World Cup sentiment, it is just that victim mentality runs stronger in some.

However, as the tournament draws nearer and the World Champions continue to be well placed to defend their title, the French may not have to engage full entente mode after all.

A career-threatening injury reveals who your true friends are: Maboe