The Springboks need to put on a show of force against Wales, just like Mallet’s marauders in 1998 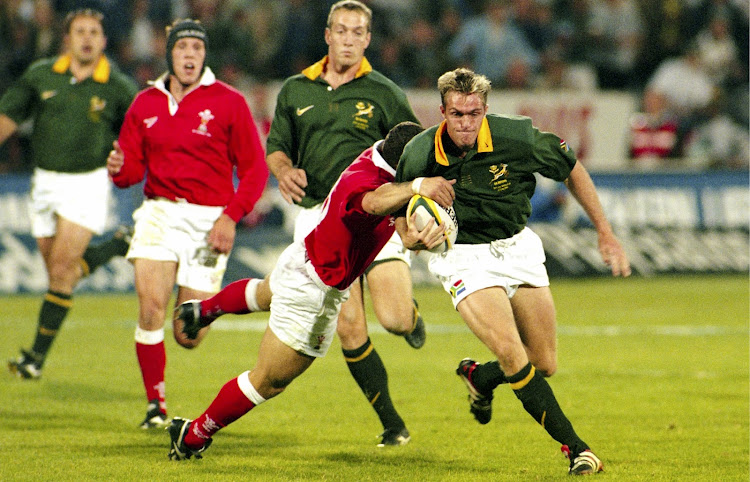 Alarms bells are echoing around the valleys in Wales. And with good reason.

Fears are growing that their national team are on a hiding to nothing when they travel here for three Tests in July. The Dragons of late have been all hot air, huff and puff without a flame.

Wales have underwhelmed since winning last year’s Six Nations competition under Kiwi coach Wayne Pivac. They finished fifth in this season’s Six Nations, with their lowly place sealed after a first defeat on home soil to Italy.

With a year and a half before the next Rugby World Cup (RWC) that result would have come as a deflating blow.

Exactly where their game’s at may be brought into even sharper focus when they play the top-ranked Springboks in July. The harsh light of the southern hemisphere will bring perspective.

In fact, there are parallels to be drawn with the tour they made here in 1998. Then too their disappointing Five Nations campaign ended in crushing defeat when France walloped them 51-0 in a “home” Test at Wembley as the then Millennium Stadium was still under construction.

That defeat marked the end of Kevin Bowring’s reign as coach and the team travelled to SA under the stewardship of caretaker coach Dennis John.

They will again head out to meet the World Cup holders a year and a bit ahead of the next show piece event in the hope of reigniting the Dragon’s mouth and belly. As in 1998, however, the portents are grim.

Those in Wales who harbour concerns about their team’s prospects here in July probably recall the 96-13 beating they received at Loftus Versfeld in 1998. It was a 15-try rout.

Again Wales will travel here without some of their brightest stars and will have to square up against a well-drilled Bok team who are as familiar with their blueprint as they are with each other.

Those in Wales who harbour concerns about their team’s prospects here in July probably recall the 96-13 beating they received at Loftus Versfeld in 1998. It was a 15-try rout.

Rassie Erasmus should remember the occasion well. He was on the side of the Bok scrum that day as they handed Wales a humiliation that remains their biggest defeat.

Sure, the visitors did not arrive here with their leading lights but the Boks were ruthless and unrelenting as they put the Dragons to the sword.

Much of the pre-tour hype now is about the poor state of Welsh rugby, which is also counting the cost of not producing a team for the knockout phases of the United Rugby Championship.

The Boks should put that out of their collective mind.

The Springbok Class of ’22 will do well to emulate the mentality of Nick Mallett’s team of ’98 and the early signs are they will. The Boks will want to ramp up their preparations for the next RWC and a series win in which they are firmly in the ascendancy will give them that platform.

The Springboks lost all of the 2020 roster due to the pandemic, and Erasmus and coach Jacques Nienaber will be desperate to re-establish and grease combinations before they head into the Rugby Championship.

Cheslin Kolbe was an infrequent starter last year, as were Duane Vermeulen and Faf de Klerk, while Frans Steyn may get to reprise the role he played either side of the series against the British & Irish Lions.

The Boks will also want to build greater consistency now that they are further removed from lockdown. Last year when they were still breaking free from the 2020 cobwebs they won eight of their 13 Tests.

It will only help build confidence if they up that win average this year but for that to happen, the contemporary Boks will have to take their cue from Mallett’s marauders.

The Boks management will demand their players go hard at Wales. They will assemble a squad for that purpose but whether the players will warm to their task the way the Class of ’98 did, remains to be seen.