Club bosses desperately need coaching in how to hire coaches

Club bosses desperately need coaching in how to hire coaches

Club owners must make up their minds. Do they want instant short-term results or continued long-term success? 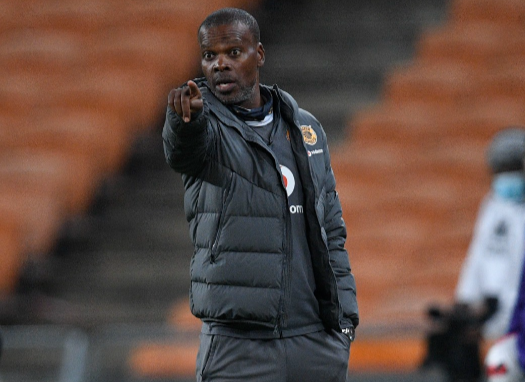 POINT TAKEN If Kaizer Chiefs are prepared to give Arthur Zwane time to rebuild the team, he may be the coach who fits their bill.
Image: Sydney Mahlangu/BackpagePix

Relentless business activity is something we’ve come to expect with professional football at this time of the year, as players move in all directions, new coaches are appointed and some are fired.

Manchester United officially unveiled their new manager Erik ten Hag this week as they look to return to the level they were at when their most decorated manager, Alex Ferguson, retired in 2013. Six players, including French midfielder Paul Pogba, are reported to be on their way out as Ten Hag attempts to rebuild United in a way which will suit his style, while producing results.

The Dutchman has been given over R2bn for new players and already four top names have been linked to Old Trafford. This sort of story gets repeated all over the world at this time, the only difference being the spending power of each club.

SA’s Premier Soccer League (PSL) is no different and it is not surprising that there are a number of stories being written about what is happening and what might happen in the near future at certain clubs. Much of the focus in SA is usually on the three biggest clubs, Kaizer Chiefs, Orlando Pirates and Mamelodi Sundowns. The so-called smaller teams usually start a new season without much attention to what they got up to during the break.

At the moment the main focus is on what Chiefs’ head honchos will do with their coaching department, which has Arthur Zwane as a senior caretaker coach.

There is similar interest at Orlando Pirates where not too many people know what the future holds for co-coaches Mandla Ncikazi and Fadlu Davids. My guess is that even the duo are in the dark about their own futures. So high are the stakes and level of secrecy in our football clubs.

The big question is what sort of a coach Chiefs want. Are they looking for coach who will deliver the results and win some trophies instantly, or someone they can give time to build a strong side for the future?

It is against this backdrop that a lot of mistakes are made by clubs, especially top SA clubs, about the changes they need to make. These mistakes are set to continue because most of the time those making the appointments, especially with regard to new coaches, look at the name, the results they want and forget the most important thing: to scrutinise the character and criteria into which the new man must fit.

In the last seven years Chiefs have had Steve Komphela, Giovani Solinas, Ernst Middendorp, Gavin Hunt and Stuart Baxter as their head coaches. What they have neglected to do is look at the calibre and character and what they exactly wanted to achieve when they appointed them.

All the previous five coaches at Chiefs failed to deliver a trophy in the last seven years. This is something that’s never happened at a club whose moniker is Amakhosi (the conquerors), which they were given because of the prolific way they collected trophies after they were founded in 1970.

A lot people say it’s time Chiefs’ management appoint Zwane as head coach. But the big question is what sort of a coach the club want. Are they looking for coach who will deliver the results and win some trophies instantly, or someone they can give time to build a strong side for the future?

If Chiefs want a proven coach who’s won trophies and a person who will deliver trophies immediately, I’m afraid that coach is not the current caretaker. Zwane has won nothing before as a coach and let’s not forget that this will be his first job as a head coach in the top-flight. But if Chiefs are prepared to give Zwane time to rebuild the team, while not chasing the results or immediate success, he may well be the coach who fits their bill.

It is questions like these that SA football club owners need to answer and make clear to everyone when announcing new coaches.

Even Sundowns bosses may have to ask themselves whether continuing with Manqoba Mngqithi and Rulani Mokwena as co-coaches will be good for the club if they want to win the Caf Champions League. Bosses at AmaZulu FC, Lamontville Golden Arrows, TS Galaxy, Maritzburg United and many other PSL clubs have similar questions to answer.

Does Usuthu owner Sandile Zungu give Brandon Truter a long contract because the club finished in the top eight? Well, Zungu did confirm Truter as AmaZulu’s new coach for next season this week. What I’m not sure Zungu asked himself when making this decision is whether Truter fits the character of the club and whether he’s the coach who will give them success in the long-term. Let’s hope he did.

Does Mato Madlala, chair at Arrows, give Mabhuti Khenyeza and Vusumuzi Vilakazi long term contracts as co-coaches because they saved Abafana Bes’thende from relegation this season? One has to answer whether Arrows are still playing the same sort of football they were known for when a player like Lucky “Y2K” Sibeko was still their top midfielder in the late 1990s and early 2000s? Or they are now like most SA clubs that are more worried about getting the results that will keep them in the top-flight than maintaining their style of play.

If Khenyeza and Vilakazi fit Arrows’ profile and what they want to continue to be known for, then maybe deserve a break. For me it’s all about what a coach can deliver in the long-term, while playing football that the club is known for, which is what most SA clubs, including Chiefs and Pirates, have ignored in recent times.

If that is missed by our top clubs, imagine what happens at Baroka FC or Galaxy. Most club bosses appoint certain coaches because they want results. They never worry about what sort of football they want to play, or will play under a certain mentor. The emphasis has been on results, not playing winning football which is equally easy on the eye.

Chasing the result forces players to worry more about producing the results, rather than expressing themselves the way the likes of Jabu Mahlangu used to not long ago.

Club bosses need to strike a balance between chasing the results and making sure that clubs still play football in the way Teenage Dladla used to for Chiefs in years gone by.

A name should be the last thing a club looks for when appointing a coach. The criteria and the background check on whether the coach fits what the club wants at a particular time must be the priority. Failure to do so could well mean our football will continue suffering the way it’s been over the past two decades.

‘Dragon of Death’, one of the first predators to rule the skies, is dug up