Are the All Blacks vulnerable? We’ll see in August

Are the All Blacks vulnerable? We’ll see in August

Former All Black centre Tom Taylor believes Kiwi rugby is going backwards, losing its talent to the north too soon 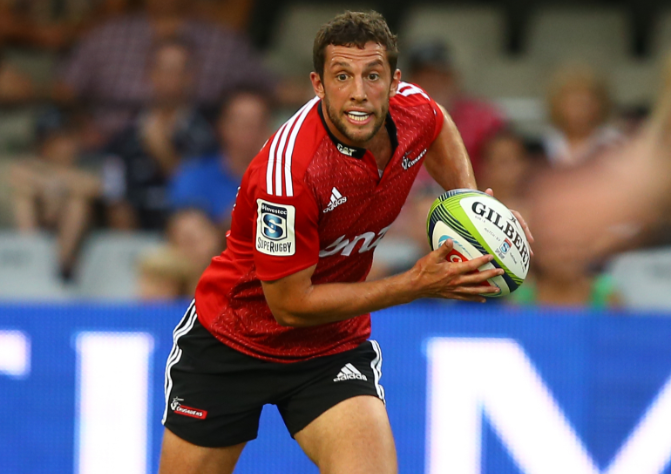 RUGBY NOMAD Tom Taylor in action for the Crusaders during the 2015 Super Rugby match against the Sharks at Kings Park in Durban.
Image: Steve Haag/Gallo Images

Matters have been made worse by financial constraints experienced in the south. It has made for structural deficiencies which are self evident in competitions that are more geared towards survival than promoting excellence.

New Zealand’s decision to opt out of Super Rugby when the Covid-19 pandemic hit hard is perhaps the most glaring case in point. The country’s insular, some might even say arrogant or haughty, disposition has long gone unchallenged but the times, they are a changin’.

With depleting player resources and a strategic decision to disengage from a competition that helped keep their game strong for 25 years, the next two years will be telling for New Zealand.

The following two Rugby Championships, as well as next year’s Rugby World Cup, will provide a gauge of their game’s general wellbeing. Their performances against the Springboks, starting this year with Tests in Nelspruit and Johannesburg in August, will be initial indicators.

Concern for the wellbeing of the All Blacks is growing. Tom Taylor, who represented them in three Tests, is the newest voice in the chorus sounding the alarm.

Son of former All Blacks centre Warwick Taylor, Tom spent the first 26 years of his life in Christchurch’s cushioned, well manicured, rugby obsessed environment. Despite the prevailing sentiment that he was in the best rugby culture one could possibly imagine, he needed to break out and try something new.

I think we are going backwards. We are losing our talent too soon. Some of that talent is excelling overseas in European competition.

“It was the best thing I ever did,” said Taylor. “The growth I’ve had off the field as well as on the field, I’ve learnt so much.”

The move to France where he played for five years opened his eyes to the world. He has been with the Toshiba Brave Lupus in Japan’s revamped League One competition for the last two years, again with eyes wide open.

He now has a view of New Zealand rugby from the outside.

“I think we are going backwards,” said Taylor. “We are losing our talent too soon. Some of that talent is excelling overseas in European competition. Some of the best guys in the team might be Kiwis who maybe didn’t get their shot and left too early.”

Taylor concedes the player drain is afflicting all the southern hemisphere’s power brokers, but that the All Blacks are particularly prone.

“It is difficult for all the teams across the world, not just New Zealand; Australia and SA as well,” Taylor told a group of rugby scribes in an online media gathering this week. “It is difficult to retain players. There’s big money and life experiences.

“I achieved what I achieved in New Zealand and I wish I could have achieved more. For me it just felt right to leave. I think it is different for everyone.”

Unlike New Zealand and Australia, SA have seen a steady trickle of players returning to its shores. The lure of the United Rugby Championship (URC), not to mention the lucrative European Champions Cup from next year, will also give players a lot more to think about before they decide to head north.

While things may improve in SA in the medium term, just how vulnerable New Zealand rugby is will be put to the test later this year. Their clash against the Boks in Nelspruit is shaping up as the seismic rugby event of the year.

Pirates need every drop of sweat and blood to win Confed Cup: Lekgwathi