It might be difficult for SA to grow an Olympic culture, but our swimmers and athletes have the talent to change this 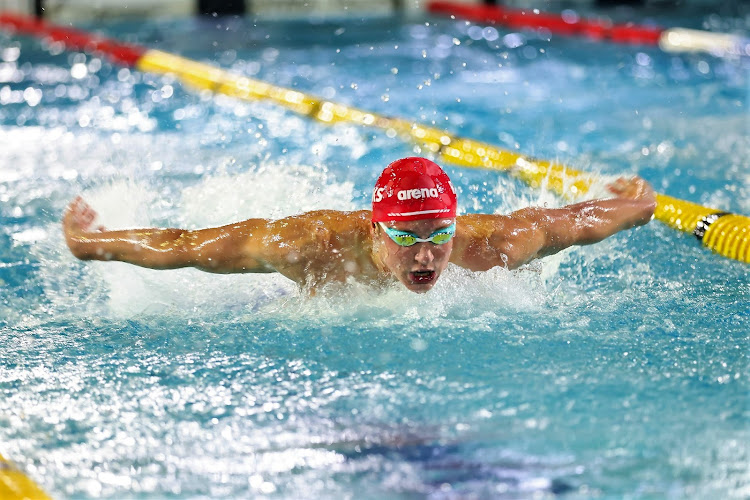 IN THE FAST LANE Pieter Coetzé won the SA 50m backstroke and freestyle titles at the SA championships in April, and finished third in the 50m butterfly.
Image: Supplied

Let’s be honest. It’s impossible for SA to grow an Olympic culture when the majority of sports fans are happy to give their attention to soccer which, if we’re still being honest, doesn’t even blip on international radars.

Having spent time covering the national athletics and swimming championships in the past few weeks, SA has some world-beating talent that seems to be on track for the next two Olympics at least, at Paris 2024 and Los Angeles 2028.

Women’s 100m hurdler Marioné Fourie, who at just 20 has already established herself as the third-fastest South African of all time, carries what seems to be a deep-set fire to excel.

Sprinter Viwe Jingqi, the 17-year-old who has run the fastest 100m and 200m times in the country so far this season, is another one to keep an eye on. SA is doing a good job producing young sprinters, though the new generations have yet to reach the heights of the three originals.

Wayde van Niekerk broke the world 400m record and won Olympic gold and two world titles, Anaso Jobodwana took the 200m world championship bronze in 2015 and Akani Simbine, fourth at the Tokyo Games, has been in the top five of the men’s 100m since 2016.

It makes sense that SA can excel in codes like athletics and swimming, because they are largely individual and can be catered for at pockets of excellence around the country.

The much-vaunted sprint revolution, with SA winning many medals at world age-group championships, has yet to storm the Bastille.

Kyle Blignaut, a former under-20 shot put world champion and sixth in Tokyo last year, is one to watch and hopefully Zeney van der Walt, the 400m hurdles champion at under-18 and under-20 level, has finally found her stride as a senior.

But what really excites me are the three swimming youngsters, Matthew Sates, Lara van Niekerk and Pieter Coetzé.

They’re all still in their teens, but don’t be surprised if at least one or two or all three of them sneak silverware at their world championships in Budapest in June.

And then throw in England-based Aimee Canny, another teenager, and SA has four youngsters who can slap together a mixed-gender 4x100m medley relay. Tatjana Schoenmaker and Chad le Clos, at least for the moment, get first dibs in that outfit.

Sates and Coetzé are versatile swimmers who could end up starring in a few events, while Van Niekerk appears set to share 100m breaststroke podiums with Schoenmaker down the line (Schoenmaker won’t go to world champs this year, focusing rather on the Commonwealth Games from July 28 to August 8).

Kaylene Corbett is another superstar in the making. It was easy for gold-struck fans to overlook her when she finished fifth in the 200m breaststroke final behind stablemate Schoenmaker at the Olympics, but she too gives SA a second podium option going forward.

SA could own the breaststroke in the next few years.

It makes sense that SA can excel in codes like athletics and swimming, because they are largely individual and can be catered for at pockets of excellence around the country, notably at Tuks, which enjoys great support through the expertise at its High Performance Centre.

The national federations have less to do compared to soccer, where the bosses seem totally out of their depth organising a sport in which South Africans are widely said to possess incredible natural talent. The administrators apparently do not possess similar talents.

Anyway, Sates, Van Niekerk and Coetzé are hoping to get to Europe later this month to compete in galas in preparation for the world championships.

Their trip will ultimately be self-funded. Money is important, but it’s not everything, as is evidenced by cash-rich clubs like Kaizer Chiefs and Orlando Pirates, which both seem to have forgotten how to win a league (would we be surprised if they were to be rechristened Scheisse Chiefs and Stranded Pirates?).

If any of their sponsors wanted to make genuine world-class investments, however, they wouldn’t have to look further than SA’s swimming pools and athletics tracks.

How to sleep your way to the top. Meditation and exercise also help