Imola, Ferrari and Formula One, the stuff of legend

Imola, Ferrari and Formula One, the stuff of legend

Amid Ferrari’s resurgence, fans may have hoped for a Sainz, Leclerc one-two at Imola but sporting gods can be fickle 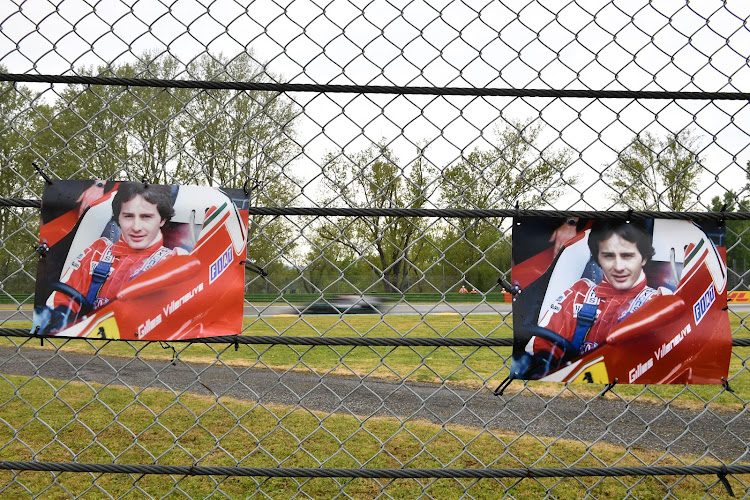 The sporting gods can be cold, callous and at times downright cruel.

They scoff at sentiment; fairness does not factor into their calculations; nor are they inclined to lend an ear to poplar opinion. For better or worse, the gods are who they are.

Had they been predisposed to observing events of historical significance, obvious or otherwise, the result to last weekend’s Emilia Romagna Formula 1 Grand Prix at Imola might have been very different.

The event would have been the perfect opportunity to underline their return as a force in F1 but instead Ferrari went sideways.

With the prancing horse finding more power and agility this season, there had been genuine hope they could snatch a one-two at Imola near the team’s base at Maranello. Imola is the F1 track nearest to Ferrari’s headquarters.

Ferrari F1 devotees, or Tifosi, would have descended on Imola in the hope, perhaps in no particular order, that Charles Leclerc and Carlos Sainz could secure the top two places.

The last time Ferrari occupied the top two podium positions at Imola was when Michael Schumacher and Rubens Barrichello sprayed effervescent delight down at the masses in 2002.

However, championship leader Leclerc, who started second on the grid behind Max Verstappen, made a few miscalculations and grudgingly settled for sixth.

Teammate Carlos Sainz, who also got off the line slowly, had the misfortune of tangling with Daniel Ricciardo barely beyond the first corner. He got stuck in the sand trap and his race was run.

It was not the outcome the Tifosi wanted for the sport’s most revered and decorated team.

The last time Ferrari occupied the top two podium positions at Imola was when Michael Schumacher and Rubens Barrichello sprayed effervescent delight down at the masses in 2002.

Sunday’s race could have carried so much poignant purpose had Ferrari completed a one-two.

The race was almost 40 years to the day (40 years and one day) since they recorded one of the sport’s most famous, or perhaps infamous, one-twos at Imola.

The driven, deeply ambitious Didier Pironi and the highly respected, and at times devil-may-care Gilles Villeneuve had struck up a friendship when the former joined the team in 1981. By the time they arrived at Imola, a few races into the 1982 season, the pair was well-matched. Villeneuve, it was widely thought, was due a championship, but Pironi was in a hurry to become France’s first F1 champ.

What transpired before, during and after the race became widely disputed. It was certainly the stuff of legend. The teammates feverishly contested the lead and were wheel-to-wheel into the Rivazza and Variante Alta corners to the delight of fans, but perhaps the anguish of the Ferrari crew.

Pironi, many argue, ignored team orders which would have favoured the more senior Villeneuve. The lead changed hands several times before Pironi took the chequered flag. Villeneuve, feeling betrayed, could barely hide his contempt on the podium. He stormed off and would not speak to Pironi again.

They did not have time to make peace before Villeneuve died in qualifying at the Belgian GP less than two weeks later.

Pironi took the championship lead into the German GP but his legs would be so severely fractured in a crash with Alain Prost that he did not race in the sport again. Unable to add to his points tally he was pipped to the 1982 championship by Keke Rosberg.

While his injuries precluded him from racing in F1, Pironi’s need for speed remained undiminished. In 1987 he and two crew members were killed when their power boat hit a wave, apparently caused by an oil tanker, off the Isle of Wight.

Pironi’s partner, expecting twins at the time, named them Didier and Gilles.