Kiwis may miss us, but they can Bok off. We’re better off ...

Kiwis may miss us, but they can Bok off. We’re better off without them 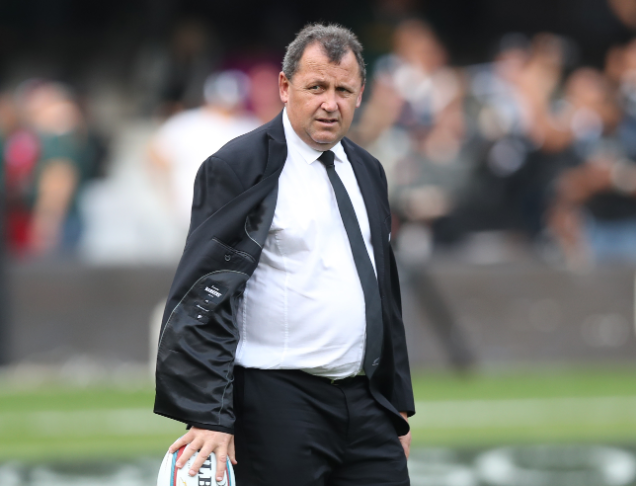 NOT SO SUPER All Blacks coach Ian Foster has said he misses the SA teams in Super Rugby. It is likely because they create a stronger competition.
Image: Steve Haag/Gallo Images

The original Super 12 was the business. It was the strongest and most competitive global tournament in professional rugby. Every team played the other once, top four made it to the semifinals and, of the two finalists, the highest placed hosted the final.

Home ground advantage in a final was everything. History’s reflection is that if you hosted, you won.

SA, through the Sharks in the early years, three-time championship winners the Bulls and the three-times losing finalists the Lions, had their moments, as did the Aussies with the Brumbies, Reds and Waratahs.

But Super Rugby was always a competition that favoured New Zealand in terms of travel, strength and style of play. All five New Zealand franchises won the competition, with the Crusaders the most dominant with 10 out of the 18 New Zealand titles. The Brumbies (three) and the Bulls (three) were the best of those teams outside New Zealand as Australia and SA combined for eight titles.

New Zealand and Australia can have their Super Rugby competition and frankly they can have their Rugby Championship. Nationally, we can see them at the World Cup, if they get to the final.

Matches were competitive in those early years, even though the Kiwi and Aussie teams only spent a fortnight on tour in SA, compared to SA’s month-long tours to Australia and New Zealand.

Super Rugby, with each expansion, lost more quality and each expansion coincided with a massive player exodus north, especially from South African franchises.

New Zealand’s on-field dominance led to off-field arrogance, despite SA being the strongest commercial partner in the alliance.

It was this arrogance that prompted New Zealand’s CEO Mark Robinson, in his first year, to declare New Zealand would go it alone in Super Rugby during the pandemic and that, when New Zealand’s borders reopened, it would be on New Zealand’s terms who got to play.

The Kiwis were like the petulant and spoiled brat who ran off with the ball when things didn’t go his way.

The outstanding New Zealand sports writer Marc Hinton’s summary of the situation was one of: Be careful what you wish for — NZ rugby risks isolation in a “go-it-alone” strategy.

But it was Robinson’s attitude that Hinton, onJuly 20 2020, cautioned against. He wrote that New Zealand’s “our way or the highway” would come back to haunt them.

It already has and Foster, as the All Blacks coach, knows it.

Foster coached the Chiefs for a decade and he understands the value New Zealand’s players got from touring SA. He also knows how it benefited New Zealand’s all-round game for young Kiwi players to experience the physicality and confrontational South African teams.

The skill level in Super Rugby in 2022 is insane, but strong defensive performances are the exception to the rule of all-out attack. It is very removed from the demands of Test rugby and there is also no variety to the competition. It is same-same.

New Zealand and Australia can have their Super Rugby competition and frankly they can have their Rugby Championship. Nationally, we can see them at the World Cup, if they get to the final, but I miss nothing about Super Rugby.

SA’s domestic future is in the United Rugby Championship and the respective European knockout competitions. The schedule is better, the travel is easier and the money for each team will be much more.

The time zones also make for a blissful viewing experience, and I don’t miss having to watch rugby at 6am, 9am and 11.45am.

SA’s regional teams have never had it better than in 2022, when compared to 25 years of Super Rugby.

Mark Keohane is the founder of Keo.co.za, a multiple award-winning sports writer and the digital content director at Highbury Media. Twitter @mark_keohane

From harmless gunk to a feast for bugs: what is toe jam?