Kaizer Chiefs need to figure out what they want and get a ...

Should Amakhosi search for another high-profile coach, or stick with the young duo of Zwane and Sheppard? 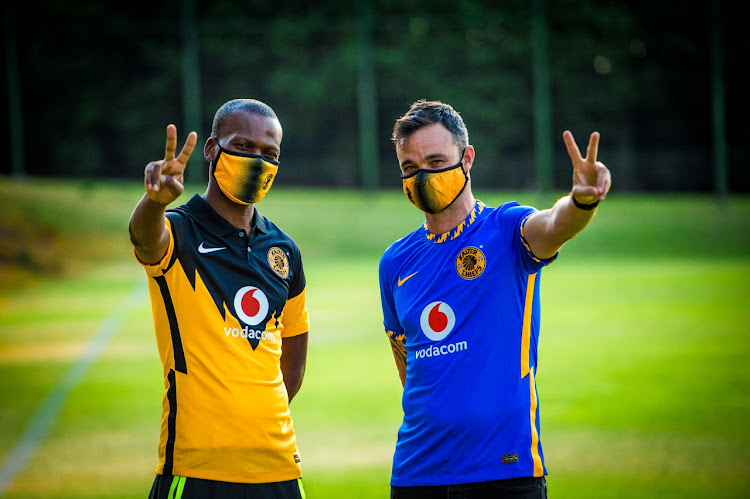 DYNAMIC DUO Arthur Zwane and Dillon Sheppard have again been roped in as caretaker coaches of Kaizer Chiefs. But should they get the job full-time?
Image: Kaizer Chiefs

Kaizer Chiefs are not just facing a trophy drought; their jeep has broken down in the desert, the water is running out and their compass has been faulty so negotiating a path out by foot is going to be a challenge.

What is telling is that Chiefs probably did the right thing “parting ways” with coach Stuart Baxter last week only nine months after his appointment. The same might be said of the other coach processed through Naturena in quick succession before Baxter, Gavin Hunt; and the coach who walked the plank not long before that, Ernst Middendorp.

Chiefs are endangering their reputation for giving coaches time to implement their strategy, but each of those three dismissals had their merits dissected individually.

Middendorp is prickly to the point of making himself hard to work with and with time has rubbed players the wrong way at all the clubs he’s worked at. Hunt apparently had no interest in using Chiefs’ world-class scientific facilities at the Village, and allegedly also fought with players. Baxter alienated much of his squad, and the club’s new technical oversight department, neglecting to field emerging talent at a time when Chiefs are rebuilding.

As youth coach, Zwane has coached much of Chiefs’ squad in the club’s development structures and is adored by them.

Still, there is a common denominator in each of the three relationships that broke down — which is Chiefs. And what is at question is not so much the firings, but the hirings.

The club, amid the complications that accompany solid decision-making in a family-run business, have latterly resembled a child in a toy store whose parent is not taking control, as the infant grabs at toys that a responsible adult can see they will lose interest in soon after the purchase.

Chiefs need to figure out what they really want, and get a strategy.

The appointment of a sporting director in chair Kaizer Motaung’s son Kaizer Motaung Jr and head of technical in Molefi Ntseki are steps in the right direction.

Motaung Jr is being groomed to run the club. Sporting director seems a good place to start, given he was a player for Chiefs. Perhaps there are complications involved there, too, given his oversight role on football but inexperience in coaching, and that his tertiary qualifications are in business, not soccer.

If Motaung Jr can resist eagerness to stamp his authority, as those young in leadership have tendencies towards, and can aim to learn and work in partnership with Ntseki and the head coaches, the set-up can work.

Middendorp and Baxter were both steps backward, as both had worked for the club previously, the former without winning anything.

Chiefs had long admired four-time league winner Hunt, with a relationship never materialising for various reasons. When it did in the 2020-21 season Hunt was 56 and had last won a league title with Wits in 2016-17, with question marks over his hunger and whether he was still at his sharpest ability level as a coach. He had no experience at a top three club.

He took over a Chiefs hit by a season’s Fifa transfer ban. Could Hunt have done far better with a squad bolstered by signings if he were retained for 2021-22?

The three — Middendorp, Hunt and Baxter — have a common denominator as coaches. They unashamedly emphasise sacrificing aesthetics for results. That runs completely contrary to the 51-year culture of style merchants Chiefs. The club argued that, given the drought, results and trophies were prioritised. They ended up getting neither.

Baxter always had the question of his appointment ahead of his young, talented assistants Dillon Sheppard and particularly Arthur Zwane looming over his second tenure. The pair oversaw promising matches as caretakers after Hunt’s departure, including the path to a historic first Champions League final.

Zwane and Sheppard are caretakers again until the end of 2021-22. If Chiefs bring another head coach to the club for 2022-23, that person needs to have the stature of some of the coaches the club has turned down due to skimping on costs — such as Patrice Carteron — for the Zwane/Sheppard situation to not be a problem. Or the talented duo need to be given the full-time chance.

The second option would seem the best. As youth coach, Zwane has coached much of Chiefs’ squad in the club’s development structures and is adored by them. Though, even with his popularity among the supporters, a lack of trophies could see the ex-Amakhosi winger soon pitted against them.

When the jeep has strayed this far into the desert before breaking down, a path out will be arduous. Clear decision-making is needed, or Chiefs will continue to beat circles in the trophy wilderness.

EDITORIAL | Sins of the fathers: Freedom Day a hollow reminder of our ...