Gary Kirsten expected a serene day of school cricket. Boy, was he wrong 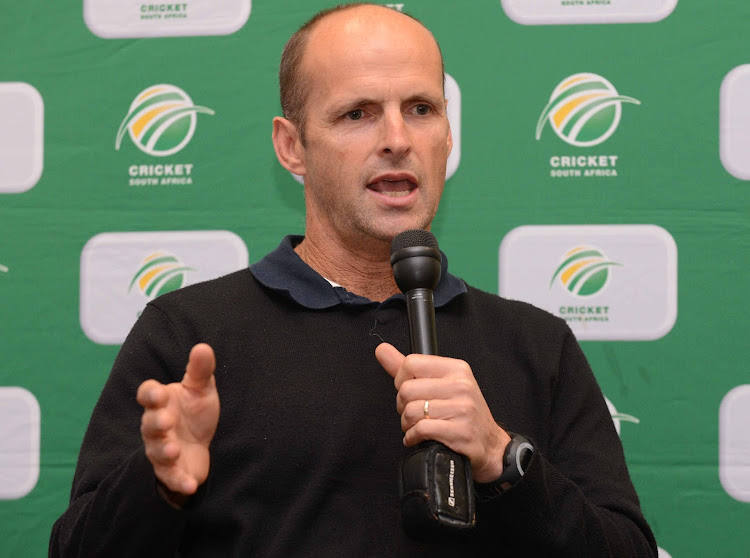 UNIMPRESSED Gary Kirsten said he was disturbed by the personal abuse, ridiculing and verbal disintegration he recently heard from the side of a schools cricket field.
Image: Lee Warren/Gallo Images

It is from a deckchair that Gary Kirsten recently observed one of the more disquieting phenomena in cricket.

Kirsten, a rarely fussed, easygoing sort of bloke, was field side watching his firstborn play a match which was supposed to reconnect the former SA opener and World Cup winning coach of India with the joys of observing school sport from up close.

Instead he was left with a bad taste in the mouth. In recent times he had not had time to watch much schools cricket and was shocked by the level of sledging.

Sledging of course, is far older in practice than the name slapped on it in Australia in the 1970s.

Former Australia captain Steve Waugh said sledging when delivered at its fieriest is aimed at the mental degradation of an opponent.

The practice of deliberately insulting or intimidating batsmen is not new but it has in scope and dimension become a beast, by its very nature, that will be hard to contain.

Lively banter has always been at the core of a sport as time consuming as cricket. Batsmen who look out of depth, play a peculiar shot, or who just dress or look odd will more than likely be reminded of it.

A pointed remark is often delivered to elicit a laugh, break the tension in the name of team morale. In some cases the banter is even self-deprecating. Bowlers who stray run the risk of ridicule from the slips, if he still has any.

What Kirsten heard from his deckchair was a lot more sinister.

School cricket coaches must take responsibility and demand a higher standard of behaviour from their players. Personal abuse, send offs and general offensive noise should not be tolerated if we want to produce young cricketers of good standing.

Kirsten penned his thoughts in an article on www.saschoolssports.co.za and it was clear a grizzled former opener who had heard it all at the game’s loftiest levels was far from pleased. Wrote Kirsten: “While captains and coaches are demanding intensity and energy on the field with high volumes of general ‘noise’, it was disturbing to listen to the personal abuse, ridiculing and verbal disintegration of the opposition. This included a number of ‘send offs’ that would have been fineable offences by the ICC code of conduct in a professional game.

“What astounded me most is that no one appeared to be doing anything about it. It was as if behaving like this on a cricket field is acceptable and — even in some circumstances — demanded by the coaches and parents.”

Kirsten, to be fair, has never been a proponent of sledging. Even in his time as India’s national coach he did not condone on-field verbal points scoring, but he acknowledged that there are different views on the matter.

While sledging became more embedded as the riches in the sport increased, the practice is by no means confined to the sport’s top practitioners.

Verbal abuse is as pervasive at club level. Even here it doesn’t just rear its ugly head in the Premier or First leagues, as all too often those who toil chest out in the lower rungs also feel the need to vent their abusive side rather than let their ability do the talking.

From personal experience, I can assure you most of the comments are mind-numbingly daft. They are devoid of wit and generally aimed to upset rather than uplift. Often those who are already endowed with abusive tendencies use it as a licence to trash-talk.

In the lower leagues teams are often made up of players with their best days behind them, along with those who are yet to fully escape puberty. In the case of the former, creaking limbs and tired muscles somehow leads to clouded judgment. For the latter, swearing batsmen into submission is just another on ramp to their freeway of entitlement.

Kirsten argues that sledging should be rooted out at schools level.

“School cricket coaches must take responsibility and demand a higher standard of behaviour from their players. Personal abuse, send offs and general offensive noise should not be tolerated if we want to produce young cricketers, of good standing, who don’t use these kinds of tactics to achieve results.”