‘Losing the right games’ is all very well but Petro are no ... 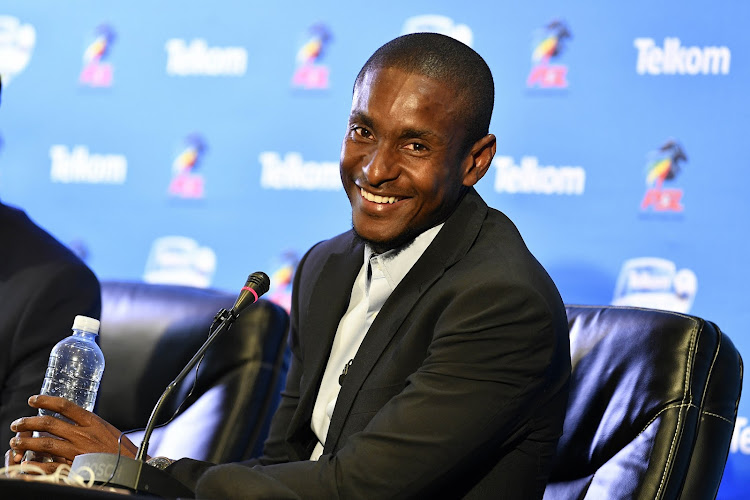 This is how Mamelodi Sundowns co-coach Rulani Mokwena related the advice he once got from Liverpool coach Jürgen Klopp on football and results.

Mokwena said he remembered Klopp’s words after Sundowns’ 2-1 defeat to Angolan club Petro de Luanda in the first leg of the Caf Champions League quarterfinal at the weekend.

Mokwena has high hopes of Sundowns using their home advantage and the away goal rule to overturn the first leg result and advance to the semifinals.

While Europe ended the nonsensical away goal rule in their club competitions this season, the Confederation of African Football (Caf) is yet to follow suit. They’re always slow when it comes to these things.

Well, winning a second leg tie is easier said than done. I watched Petro and I think they’re a well-structured team and if they come to SA with a solid plan they may well frustrate and upset Sundowns.

Underestimating a team with the sort of attack that Petro has could be very dangerous. Yes, Sundowns are favourites but that tag doesn’t give them the guarantee that they just have to pitch up to win the match.

Which really brings me back to what former Sundowns coach Pitso Mosimane always warns people about when it comes to the business end of Africa’s premier club competition.

Look at what happened in Europe this year. Villarreal, a small Spanish club, are in the Uefa Champions League semifinal for the first time after beating Juventus and Bayern Munich in the last 16 and last 8 respectively.

Spanish giants Barcelona were the shock losers in the last eight of the Uefa Europa League quarterfinals last week when they were beaten by German club Eintracht Frankfurt 4-3 on aggregate.

These results demonstrate that previous records count for nothing, and I hope Mokwena will include that in his pep talk with his players ahead of the second leg against Petro.

Petro are relatively unknown outside Angola and like Villarreal can continue to pen their new history if they beat Sundowns on Saturday.

Egyptian giants Zamalek are not in the last eight of this year’s Champions League because they couldn’t beat Petro in two group stage matches which ended 0-0 in Angola and 2-2 in Egypt.

But the result that really got Petro where they are was their 2-1 home win over Morocco’s Wydad Athletic, also in the group matches. These three results should tell Sundowns and Mokwena in particular, that this is no time to lower their guard — they need to be disciplined and focused on Saturday whether they score early or not.

The scorers of Petro’s goal against Sundowns last week, Tiago Azulao, a Brazilian striker and the club’s captain, and his partner upfront, Yano, are the same players who scored in their famous home win against Wydad.

Underestimating a team with the kind sort of attack that Petro has could be very dangerous. Yes, Sundowns are favourites but that tag doesn’t give them the guarantee that they just have to pitch up to win the match. You always have to prove yourself on the pitch.

Mosimane, whose Al Ahly side are bidding to win the Champions League for a record third time in a row and 11th time overall, has a similar challenge to Sundowns going into the second leg in Morocco on Friday against Raja Casablanca.

Raja got a crucial away goal in their 2-1 defeat to Ahly in Cairo in the first leg, and Mosimane knows it will take a lot for his team to remain in the competition.

This year’s Caf Champions League has been exciting, especially with the unpredictability of the results. Every team has a chance, whether playing home or away. It’s all about discipline, concentration and sticking to your gameplan.

Sundowns will need to forget history and that they won this competition in 2016 and focus in Saturday’s game. A loss will be a huge setback for Sundowns because not winning the Champions League may well feel like they’ve achieved nothing this season.

Why do I say this when Mokwena’s team have already won the MTN8, are in semifinals of the Nedbank Cup and are runaway leaders in the DStv Premiership? Well, winning these domestic trophies is something we’ve come to expect of Sundowns, don’t we?

Peter Shalulile might be scoring freely in the Premiership where’s he banged in 21 league goals, but that he’s found the back of the net only three times in seven games in the Champions League tells you of the difference in standards.

Shalulile’s value could be far better than it is if he scored more in the Champions League. But he can only do that if he and his team have a couple of teams pushing them hard in the PSL. But that’s not happening at the moment.

Winning trophies in the domestic league can be deceptive. Add topping the log in the Champions League group stages to the domestic dominance and then it’s easy to think that no one can challenge you — which may be the reason Mokwena is so bullish about Sundowns’ chances in the second leg.

“It’s about watching the game again, doing corrections and preparing for the second leg. But we’ll be in the semifinals.” That’s how cocky Mokwena was after the first leg.

There’s nothing wrong with being confident in sports. Mokwena’s sort of talk can inspire players, but on the flipside it can also make them complacent and take their opponents lightly.

It may be easy to underestimate an opponent like Petro that has reached the semis of the Champions League only once (2001). But let’s not forget that Bayern and Juventus may have made that mistake before they were knocked out by an unheralded Villarreal in Europe this year.

My hope is that Sundowns players will show maturity, focus on their preparation and ignore whatever was said by Mokwena after last week’s defeat.

After all, history doesn’t influence a result. It’s only what you do on the day that really counts.

Can sharpshooting Shalulile fire Sundowns to another title?

Sticks that give sodium the chop but keeps food tasting salty