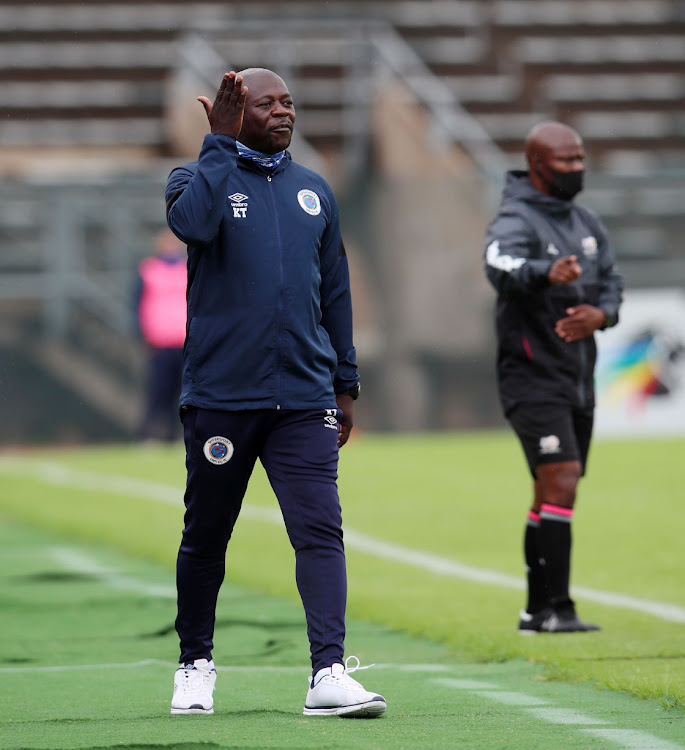 The results were obviously not forthcoming, but the last thing anyone expected was Tembo being made a scapegoat when everyone knows the root cause of the club’s challenges.

What makes it difficult to understand the logic in Tembo’s sacking is that United are not a club known for regularly pulling the plug on their coaches whenever they hit a slump.

United have enjoyed a lot of success in recent years and are third behind Kaizer Chiefs in the number of trophies (12) they’ve amassed in 26 years of Premier Soccer League (PSL) football.

Tembo, who has been at the club in the past two decades as a player and a coach, was appointed head coach in 2018 and seemed to continue the club’s ambition of at least winning domestic cups when he won the MTN8 in 2019.

All these shenanigans point to a club in some kind of turmoil.

In the past three seasons, Tembo also ensured United kept their remarkable record of being the only team in the PSL to never miss finishing in the top eight, with two fifth-place finishes and a sixth-place finish in his debut season.

By the time Tembo was sacked on Monday, United were still on course to finish in the top eight. Tembo’s biggest fault, it would appear, was his team’s humiliation by a National First Division team, Tshakhuma Tsha Madzivhandila (TTM).

TTM knocked United out of the Nedbank Cup’s quarterfinals last weekend, but that result was not unexpected, as deteriorating signs have been there since Tembo took over from Eric Tinkler in 2018. The fact of the matter is that United owners have not been investing in new players in the past four years.

In Tembo’s time the club has lost number of top-class players, either through retirement or joining other clubs such as Sundowns. Their replacements, if any, have not been of good standard.

But what hit Tembo the most was to see Mokoena, Kekana and Modiba departing for Sundowns in recent months and the club not offering him cover for their places.

The Zimbabwean-born mentor was left with no option but to rush some of the young players, who were being groomed in the club’s reserves, into the senior team.

Kekana was the main anchor of the team in defence, while Mokoena was not only dependable in organising the team’s midfield but chipped in with some vital goals in key matches.

Modiba is a utility player on the left side of the pitch and Tembo used to play him either as a left-back or left winger with some good effect. It’s no wonder Sundowns targeted the three players.

But what was not amusing was to see United’s management not helping Tembo plug the holes left by these players. They expected the coach to deliver miracles with the little he still had. It was a disaster in the making.

As we ponder Tembo’s departure, one question still lingering is how long United will go on like this, or should we view this as the beginning of their end in the top flight of SA football?

A few seasons ago there were strong rumours of the owners of the club in Randburg wanting to sell the outfit as they felt it no longer served its business purpose. Tembo’s sacking could be part of that plan, but no one will admit to that at the moment because everything in SA football seems “proper” when it’s done in secrecy.

If 99-year-old Wits University FC could be sold in the shameful way it was two years ago, who can bet against United not following suit in a few months or even weeks? Anything is possible in SA football, but the frustrating part is that those making these deals will always make sure they’re concluded beyond everyone’s eyes.

There’s also been a matter of the wantaway midfielder Sipho Mbule. The club has not helped Tembo’s cause with the way they’ve handled it. After seeing Mokoena, Kekana and Modiba leaving for greener pastures, Mbule wanted the same and has not hidden his desire to see himself at Chiefs or Sundowns

For more than a season now United have poorly handled Mbule’s request for a move. The player has only played only six minutes this season. Tembo last week said it was the club’s management that was best suited to comment on Mbule’s whereabouts and future ahead of the clash against TTM.

The club responded by suspending Mbule and there’s since been no clarity on how both parties plan to resolve the issue.

All these shenanigans point to a club in some kind of turmoil.

But what should be clear is that Tembo was the least responsible for the poor results. If these are not the signs of a club that is tired of behaving like a top-flight outfit, then I don’t how much more damage it should do to itself before everyone realises it.

For me it doesn’t matter who comes in as the new coach. What will be important is whether United bosses show they still have the appetite to run this club. The only way to do that is to bolster the squad for the coming seasons.

If they can’t do that, we can conclude this is indeed another sad demise of a club which showed great potential since its formation in 1994.

What with the little competitiveness we have in our football, let’s hope this is not the end of Matsatsantsa a Pitori.

Proteas on the right path but the team is yet to be tested: Petersen

Universal Music all shook up about managing Elvis’s song catalogue