Willemse has the inside track to regular Bok game time

Willemse has the inside track to regular Bok game time

Damian Willemse’s versatility has hindered him at international level, but he may have found a home at No.12 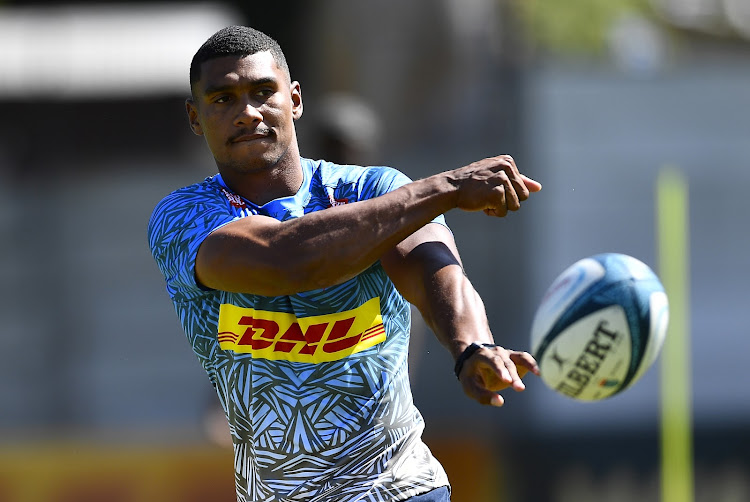 STORMING SEASON Damian Willemse has slotted in well at inside centre for the Stormers this season.
Image: Ashley Vlotman/Gallo Images

Damian Willemse is finally finding his groove in a Stormers backline system that appears to be at its most coherent in years.

Willemse, a victim perhaps of his own versatility, spent his first four years of professional rugby bouncing between flyhalf and fullback domestically and, occasionally, given a run at fullback for the Springboks.

Though Willemse has all the rugby playing abilities to be capable in both positions, fullback is arguably the area in which he is less comfortable, but also the only position in which he has been allowed a real look in at international level.

In his only start for the Springboks last year, Willemse struggled at fullback against Argentina, but it was a performance not so much of a player not adept at Test level, but a player trying to prove his worth in a position that does not allow for the direct involvement that his skill set demands.

Playing predominantly at flyhalf, Willemse was sensational for Paul Roos and screamed Springbok potential in his early displays for Western Province and the Stormers. His success at first receiver is largely a product of his abilities; he plays to the gainline, is physical in contact and naturally confrontational in defence.

Playing at centre, Willemse is allowed the consistent involvement close to the gainline which he thrives on, but it also allows him to be close enough to the role of flyhalf, without the weight of responsibility to succeed in that position.

Willemse thrives on his involvement in a game, and the damage he is able to effect with ball in hand. Playing fullback, especially at international level, does not allow for the same sort of involvement and demands a finesse and calm that he has struggled to complement with his natural flair. Where Willemse fell short at flyhalf, which was in his decision-making and tactical kicking, is naturally where he would continue to struggle at fullback.

The feeling that Willemse was not quite rounded enough yet to play flyhalf at Test level was not unjustified, and so it was in his cameo selection as a replacement inside centre against Georgia where we were first given insight into what the path forward may be for a player with such immense talent, yet such apparent lack of ownership over one position.

Manie Libbok’s selection, and subsequent form at flyhalf for the Stormers, with Warrick Gelant thriving at fullback, has allowed for Willemse to finally be consistently selected in a position that, at this juncture, is perfectly suited to his style of play.

Playing at centre, Willemse is allowed the consistent involvement close to the gainline which he thrives on, but it also allows him to be close enough to the role of flyhalf, without the weight of responsibility to succeed in that position.

What has already become apparent is the maturity with which Willemse is approaching his decision-making and game management, the perfect example being his calm drop kick to add another three points to the Stormers’ tally in their win against the Bulls at Cape Town Stadium.

The Stormers led the scoreboard 16-10 and had all the momentum close to the Bulls try line when Willemse opted for the safety of three points over the seduction of running an attacking line. It was not necessarily a decision that a younger Willemse, whose game was characterised by always attacking the line with ball in hand, would have made, yet it proved decisive in the final scoreline of 19-17.

If Willemse is schooled at No.12, where he has the ability to slot in and out of the first receiver position, I see a natural maturing into a Test flyhalf later in his career. Fantastic if this is the case, but if not one still feels that he has found his most functional role, especially in a South African context that favours the likes of a Frans Steyn, who though starting as a fullback played primarily at 12 throughout his career and offered not only the option of an inside centre with a boot, but the comfort of a player who can cover both flyhalf and fullback if necessary.

Willemse’s selection alongside Libbok has allowed both players to thrive in the United Rugby Championship. Imagine the same effect, but playing in conjunction with Springboks first choice No.10 Handré Pollard.

Pollard is no stranger to inside centre, having played there for a year for the Springbok U21 side as well as for the final 20 minutes of the Springboks’ win over New Zealand last year, where he and Elton Jantjies proved problematic to the All Black defence as a 10-12 axis.

Willemse’s change in approach has uncoincidentally emerged alongside a change in position, and his consistent selection at inside centre can only be good for his flyhalf apprenticeship and for the current Springbok cause, which beyond Frans Steyn has not invested in a replacement for Damian de Allende.

Mark Keohane is the founder of Keo.co.za, a multiple award-winning sports writer and the digital content director at Highbury Media. Twitter @mark_keohane

BOOK REVIEW | Non-racialism is dead. Good riddance or a tragedy?