PSL will have to market aggressively to get supporters back to ... 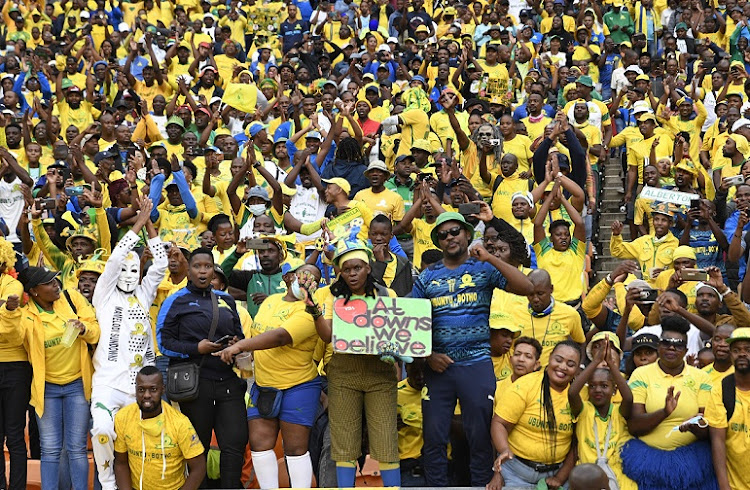 SA football fans may need persuading to return to the stands after two years of being unable to watch the games live at stadiums due to Covid-19.

Siya Loliyane, acting CEO of the National Football Supporters' Association, said the  Premier Soccer League (PSL) faces a challenge convincing fans to leave the comfort of the couches they have watched football to purchase tickets and got to stadiums for matches.

Fully vaccinated fans and those in possession of a negative Covid-19 PCR test not more than 72 hours old may attend matches after government eased restrictions last week.

Loliyane warned PSL clubs that they need to do more to woo fans back to the game than just opening stadiums and selling ticket, as supporters are conditioned to filling their leisure time with other activities.

“The clubs need to take their marketing drive to the next level,” said Loliyane, whose association has been active in pushing government and the PSL to open the gates for fans.

Nafsa engaged fans to encourage them to go back to stadiums. She added that the quality of games will also determine whether supporters have an inclination to get in their cars, drive to stadiums and be part of a crowd watching football. This includes the SA Football Association's responsibility to ensure Bafana Bafana becomes more competitive.

“We’re talking to our members to say we want our voices heard at Safa in terms of what is happening with the national team and trying to improving the state of football in SA generally,” Loliyane said.

One of Nafsa's aims is to help fans have better relationships with the clubs they support.

Loliyane called on clubs to produce innovations that can lure supporters back, similar to what the Bulls and Mamelodi Sundowns did this past weekend.

The Bulls lowered their ticket price to R25 for their United Rugby Championship game against Ulster at Loftus while Sundowns opened for fans to attend their Caf Champions League match against Al-Merrikh free of charge at the FNB Stadium .

While there was a huge improvement in the number of fans who attended the Bulls match, it was less so for the Sundowns game, who have already booked their place in the quarterfinals. The match was also an hour's drive down the N1 from their Pretoria base.

Loliyane encouraged the PSL to work closely with the health department to ensure facilities near the stadium where the fans can get vaccinated.

Blast from the past: Brakpan racer breaks the formula