‘It was so intriguing’: Sundowns turn to Danish ice Berg for ...

‘It was so intriguing’: Sundowns turn to Danish ice Berg for expertise

Brazilians’ new sporting director explains why, despite so much going right for Denmark, he chose to come to SA 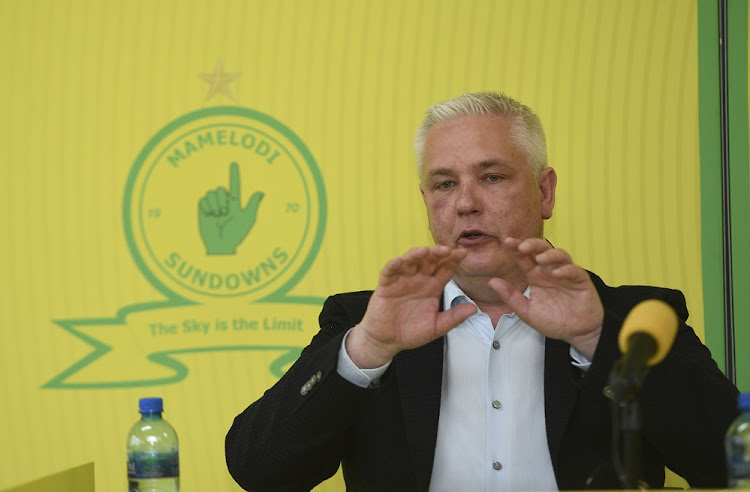 Mamelodi Sundowns’ new sporting director Flemming Berg says the most important aspect of his youth development planning is to ensure the gaps players take transitioning through the steps of their pathway to a senior team are not too big.

Berg brings a wealth of experience to Sundowns’ technical structure.

As the head of elite football development at the Danish Football Union (DBU) from 2015 until last month, the former Chelsea international scout is credited with overseeing the nurturing of talent that has led to a strong Denmark, who are even being called dark horses for the 2022 World Cup.

Denmark qualified for Qatar with eight wins from eight, 27 goals scored and zero conceded. The horrific cardiac arrest suffered by Christian Eriksen at the Covid-19-delayed Euro 2020 in June 2021 — which the Danes lost 2-1 in extra time to England in the semifinals — has continued to galvanise coach Kasper Hjulmand’s team.

Berg’s period in charge of development coincided with Denmark’s rise from 46th to ninth in the Fifa rankings.

He will be tasked with ensuring uniformity in philosophy through Sundowns’ youth teams, academy, reserve side and senior team, scouting and signings departments.

He said he looks for young players who are strong on decision-making “because the football gets more and more structured. So because of that you need to be able to read and understand the different situations.” Berg’s firm belief is development needs to start young.

“To build a strong, top professional player takes some years. It means you have to work in a structured way pretty early to make sure they get into the [senior] team early,” he said after his introduction at Chloorkop this week.

“That’s one of the things that has gone on in SA. The players are a bit later because they start a bit later in the structured way.

“A player pathway in football development is everything for me. If the gaps in these transitions — for example from under-13 to under-15 — are too big, then it’s problematic.

“You have to make a player pathway where you minimise the gaps and make transitions easier because you will succeed with more players and have more coming though. That is the main thing.”

Berg was Chelsea’s international scout focused on the Iberian Peninsula and South America from 2005 to 2012.

“It was a fantastic time. I saw Benni McCarthy playing for FC Porto many times because I was following Porto.

“We brought in [Jose] Bosingwa from Porto, who was a big success and played almost every game in Chelsea. I was responsible mainly for Portugal and Spain, and I had a period responsible for creating a scouting network in South America.

“Another player brought in my time from Portugal was [Brazilian] David Luiz [from Benfica], a modern, quick, strong central defender, good with both feet with an ability to press forward.

Berg was asked why — having played a role in Denmark entering a generation being compared to their team of Peter Schmeichel, Brian and Michael Laudrup, who came off the beach on holiday to replace disqualified Yugoslavia and win Euro 1992 — he would choose such a time to move to SA and join Sundowns.

“We have had a fantastic period with Denmark. I started there seven years ago and one of the things we started from the beginning was building a strong relationship with all the stakeholders in the country — between the federation, the clubs, the media — and we did a really good job.

“It’s important for me to say ‘we’. I know in the media I have been given a lot of credit for it, but we are so many people working hard on that. The coaches, youth coaches, management, everyone around it.

“I feel I leave the Danish federation on a fantastic platform where it can grow more. It’s not a ‘golden generation’ — we have many generations to come, and Denmark are going to be able to compete at a high level for a number of years.

“For me the timing is good. When I was contacted by the chair of Sundowns [Tlhopie Motsepe] and started looking into the club and the possibilities here I saw it as an opportunity for me, that I can come here and make a difference for the club and SA football in general.

“It was so intriguing for me and a fantastic opportunity. I think the timing is just right. I like that I walked out the front door [from the DBU], and in the front door here at a club that is doing really well.

“You should not wait until bad things happen to do good things.”

Blast from the past: Costly mistake sees Volbrecht go down for the count