Will the Bulls’ cheap-ticket gamble leave them singing the blues?

Will the Bulls’ cheap-ticket gamble leave them singing the blues?

With the Bulls charging R25 a ticket, Saturday’s URC match against Ulster looks set to be a sell-out 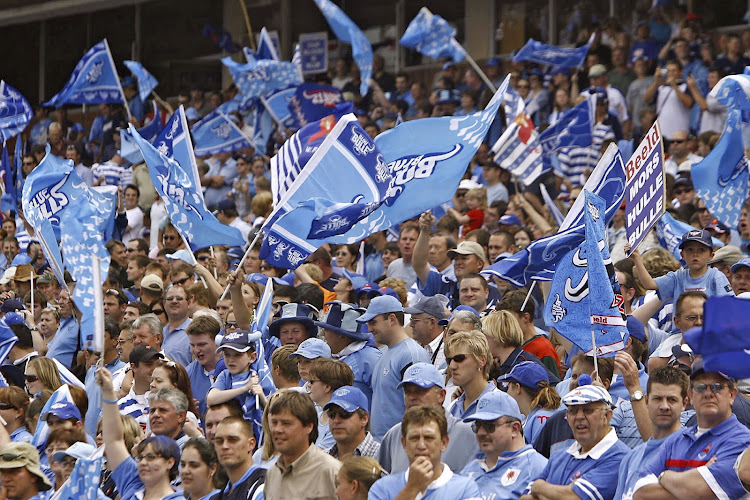 BULLISH It's been a long time since players have been met with a sea of light blue at Loftus Versfeld.
Image: Gallo Images

The Bulls’ decision to sell match day tickets for Saturday’s United Rugby Championship (URC) match against Ulster for R25 each looks set to be vindicated.

They are said to be well on course to breaking the attendance record for the tournament that stands at 19,000, which was set when they visited the Aviva Stadium in Dublin to play Leinster last year.

That figure of course is ridiculously low when you consider the size of the major rugby stadiums in this country. The Covid-19 pandemic, however, kept fans away and now that stadiums are allowed to welcome 50% of its capacity, behavioural changes in rugby fans’ viewing patterns are starting to reveal themselves.

SA’s sports federations had feared fans would need some persuading before pre Covid-19 attendance numbers would be restored but a few things will have to happen before that is possible.

The Bulls will be keen to remind that their ticket price reduction is a one-off to give fans the opportunity to taste what they’ve missed.

Fans have become accustomed to watching rugby on television or streaming services and they will need to be that convinced travelling to a stadium is the best option available to them.

One provincial chief also noted fans’ complaints about the requirement for vaccination and/or a negative Covid-19 test before they are allowed to attend.

Despite the easing of restrictions more than a week ago, there was a lukewarm response from rugby supporters at last weekend’s URC matches.

The inclement weather doused hopes of a big turnout last Saturday when the Bulls clashed with the Dragons, while the Lions’ match against Ospreys was played in dimly lit Doornfontein last Friday evening, which perhaps says more about the imperatives of the broadcaster than it does about the sanity of the decision makers at Ellis Park.

It was thought, however, that the Stormers’ clash with Ulster, who are second on the URC points table, would draw a sizeable crowd to the Cape Town Stadium last Saturday. That did not materialise.

That perhaps inspired the Bulls to think a little bit differently about their marketing strategy for this weekend’s game.

Director of rugby Jake White announced earlier this week that tickets would be available at a drastically reduced R25, in the hope it would attract more enthusiastic crowd support at the turnstiles.

As things stand, Loftus Versfeld looks set to host the biggest ever crowd in the URC on Saturday. They had sold 14,000 tickets by Thursday morning and were expecting a crowd of between 18,000 and 21,000. Loftus Versfeld’s capacity is just under 52,000 which means they are allowed a crowd of just under 26,000.

The Bulls will be keen to remind that their ticket price reduction is a one-off to give fans the opportunity to taste what they’ve missed.

Charging R25 a ticket across a season isn’t viable. Franchise bosses will point to the need to protect the interests of suite and season ticket holders, and they will be keen to remind that they have a business to protect in the wake of a hugely destructive pandemic.

For now though the Bulls are hoping to lure their faithful back.

Even if they get their wish for 21,000 attendees on Saturday and break the URC attendance record, that mark is likely to be shattered next weekend when they travel to Cape Town to play the Stormers.

If that is the case, the Bulls would have been involved in three record attendances in the URC but for that to happen the decision makers at the Stormers will have to set ticket prices that will find favour with their faithful.

It is a decision that will leave them feeling between Devil’s Peak and the deep blue sea.