Vokozela’s debut confirms Connect Academy is on the right track

Vokozela’s debut confirms Connect Academy is on the right track 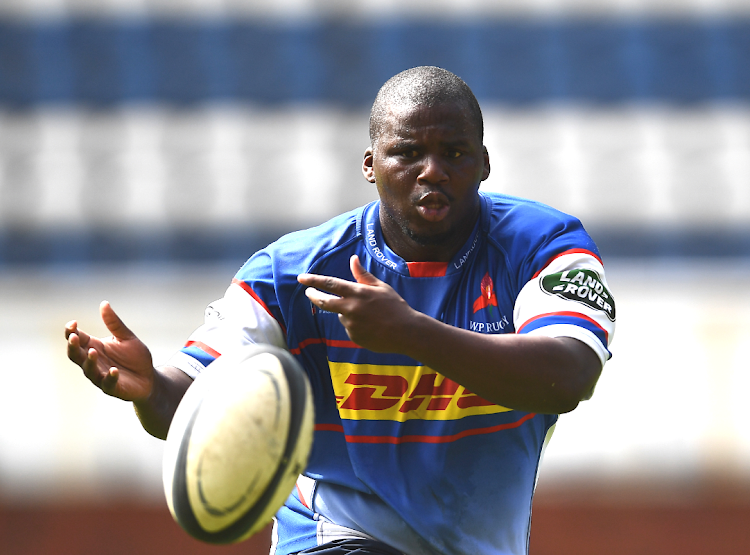 RISING STAR A product of the Connect Academy, Lukhanyo Vokozela made his Currie Cup debut for Western Province at the weekend.
Image: Ashley Vlotman/Gallo Images

When hooker Lukhanyo “Boepa” Vokozela made it onto the field for Western Province against the Cheetahs earlier this week, few would have connected the dots.

A black player making his debut in the Currie Cup has become an almost weekly occurrence, but Vokozela’s journey has been anything but ordinary.

You see, he is a player who would almost certainly have fallen through the many cracks that still exist because of the country’s enduring inequality.

In some ways Vokozela was lucky. He was part of the initial intake of the Connect Academy that has been nurturing and developing talent on the “wrong” side of Cape Town’s N2 for the last eight years.

Founder Murray Ingram beamed this week, before and after Vokozela’s Currie Cup debut.

“It feels like our first born is graduating. He was under 13 when we started. He was stocky but quite quick for his size. He had two little fake diamond earrings when we first saw him. He had his first practice and a month or so later played his first contact game and he’s never looked back. He is very headstrong,” explained Ingram.

What has driven Ingram is the knowledge that more untapped talent from non-traditional rugby areas is just waiting to be unearthed.

His aim wasn’t just to develop talent the traditional rugby structures could, or would not reach, but to give his players a shot at life. “A seat at the table, a livelihood,” Ingram called it.

I understand the need to take the game to a lot of kids. Whether that is beneficial to the broader transformation agenda is another story.

Unlike more traditional institutions, the focus at Connect Academy is finding individual pathways for their players. They have built the organisation around the needs that exist.

They coach individuals, not teams. They don’t just have a player pathway, but one for referees as well.

They don’t just dig up the soil. They also shoot for the stars with their high performance centre. Stormers backline players Seabelo Senatla and Ruhan Nel are attached to the academy, with the former serving as a board member.

The high performance component comprises around 40 players in the 16 to 24 age group and has developed a coaching arm. There are five coaches who have partnered with schools which in turn have become their feeder base.

Helping connect their young players with their wider environment is also a high priority. In that sense the academy is true to its name.

It started out in Khayelitsha but has now branched out to other parts of town.

Vokozela’s elevation to the WP senior ranks will bring validation to the Connect Academy’s toil. “For us him playing a professional game of rugby is a massive box ticked,” said Ingram.

Though Vokozela attended Rondebosch Boys High, played for WP at age group level and made it to a Saru Elite Player camp, the academy has operated without the help of the game’s traditional structures.

That’s why Ingram is desperate for the academy to become self sufficient. Plans to throw open the high performance centre to paying members of the public had to be shelved because of the pandemic.

His and the academy’s struggle continues. Despite their successes, what he told me in 2016 still rings true.

“It is almost as if the broader rugby institutions are wilfully ignorant about what is required to really transform the landscape,” said Ingram. “They and the government have a problem implementing their broader mandate for mass participation because it doesn't breed excellence. I understand the need to take the game to a lot of kids. Whether that is beneficial to the broader transformation agenda is another story.”

SA has talent: athletics meet shows there are stars waiting in the wings