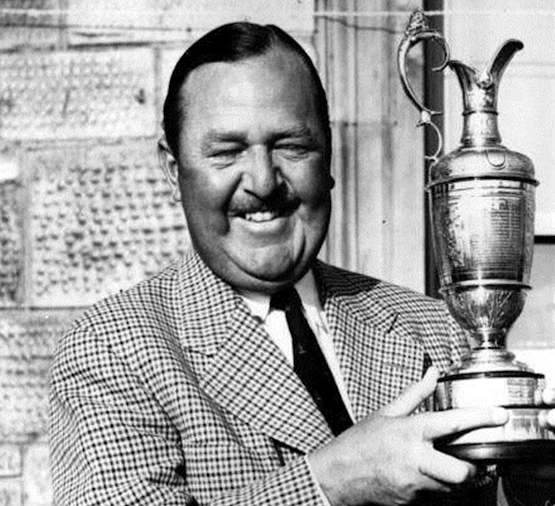 Perhaps it was an omen, but a few months ago I was at a party with my wife when a man walked up to me and said: “Hello, David, it’s me, Jonathan. We once played a round of golf together.”

I immediately remembered our round at the Observatory layout on the eastern side of Johannesburg because it had been memorable, to say the least.

Jonathan, possibly trying to make sure I knew exactly which Jonathan it was, then added: “And you swore your way around the golf course.”

“I think you’ve got the wrong person,” I replied, but my wife, who has spent many hours in the car with me, hit back: “Oh, yes, darling, that’s you!”

There’s just something about driving, be it on the road or a tee box, that inspires one to be linguistically robust.

But I digress. By pure chance, the following month I made a comeback on the golf course, after a hiatus of five years or so, having quit for various reasons, like shifting work commitments at the time, a lingering back injury and, well, golf.

I wouldn’t dare count the number of rounds I’ve played over the years, but that round with Jonathan and my regular partner Patrick, a humorously acerbic chap, stands out. For two reasons.

Most golfers are sticklers for the rules, so hitting somebody else’s ball is just not cricket.

One was on the 16th fairway where Jonathan, not a regular golfer, walked up to a ball he assumed was his and dribbled it further down the fairway.

Just then a player came marching onto our fairway from the adjacent third fairway (one feature of Observatory is that it’s a tight course with fairways separated only by trees).

The golfer whose drive had strayed onto our fairway went over to what was now the only ball in the vague vicinity of where his had landed to discover it wasn’t his — it was Jonathan’s.

Most golfers are sticklers for the rules, so hitting somebody else’s ball is just not cricket.

Look, accidents do happen. On one occasion another colleague called Michael mixed up his ball with mine on a fairway at Leopard Creek. Michael, being an experienced player, really should have known better, but I didn’t spot the error either and we continued to play each other’s balls to the green, which in this case was nestled against the Crocodile River.

Let me state that reading greens has never been my forte, and so I decided, inexplicably, that this green would defy the laws of nature and break away from the water. The general rule of golf is that all greens break to the water.

So I proceeded to putt Michael’s ball into the water (and it is surely still resting there with the crocodiles). He kindly putted mine into the hole.

But Jonathan, unlike Michael, was not a regular golfer and had not checked that he was playing the right ball.

Informed of his error by the other now-irritated player, a contrite Jonathan ran to where he’d hit the other fellow’s ball (Jonathan, not being a regular golfer, hadn’t knocked it too far luckily).

Jonathan returned to Mr Irritated and handed him his ball. “Once again, I’m so sorry,” gushed Jonathan, and then added, as if he were a restaurant patron telling the waitron to add on their own tip, “and give yourself a generous drop”.

In golf, where the idea is to play it as it lies, that is like telling a golfer to cheat.

The second memorable occasion of that round took place on the sixth fairway, a dog-leg right with a massive pine tree standing alone majestically in the middle of it. We’d all hit our drives close to the tree when we invited a one-ball just behind us to play through.

He too struck his ball to the vicinity of the tree, and we stood around the pine as he prepared to play his second shot towards the green.

But he was slightly off target and the ball slammed straight into the giant trunk and then ricocheted directly into Patrick’s kneecap.

Poor Patrick collapsed in a heap, clutching his knee, rolling around and groaning in pain.

It wasn’t a pretty sight and I was overcome with great concern, wondering how Patrick was going to finish his round.

Jonathan then blurted out at Mr TreeHitter: “Look what you’ve done!”

Mr TreeHitter was shocked as the rest of us and he walked over to where Patrick lay. “I’m so sorry! Are you OK?” he asked.

Not even a golf ball to the knee could douse Patrick’s humour. “Yes, I’m writhing around here for fun,” replied Patrick, who later rose to his feet and continued playing.

​When I returned to Observatory for my first round back this past December, I noticed that the tree, still tall and obstructive, had died. And a couple of days ago Patrick and I saw that it had finally been cut down.

It must have been there at least for much of the club’s existence of more than 100 years, if not all of it. An icon in its own way, that tree has fallen (even so, I nearly chunked my second shot into its chopped remains).

I guess nothing lasts forever, except, unfortunately, the standard of my golf.

Sink the Bismarck, not the entire team