Business as usual: ‘If you’re a coach of colour in SA, you need ...

Business as usual: ‘If you’re a coach of colour in SA, you need a plan B’

Jonathan Mokuena has a World Rugby Level 3 certificate, but can’t pin down a job, so he’s had to start a side hustle 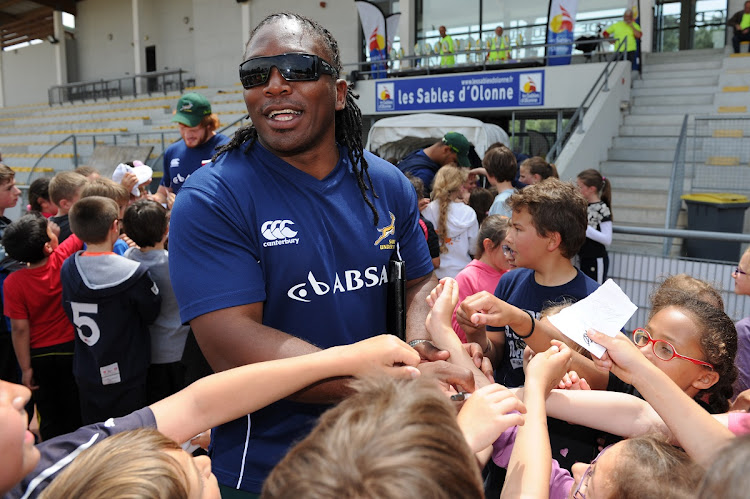 DIFFICULT TO WORK WITH? Jonathan Mokuena is not the first coach to have worn green and gold who has had the door slammed in his face. The same has happened to McNeil Hendricks and Quinton Davids.
Image: Roger Sedres/Gallo Images

The South African Rugby Union (Saru) has done much to align itself with the demands of modern-day SA. It has made some telling contributions in changing perceptions and indeed the face of rugby on these shores.

It has set in motion programmes aimed at reflecting the demographics of a country with a complicated past.

It has made mistakes and will continue to do so, especially as it has to try to get 14 regions to sing off the same sheet.

Saru doesn’t have a big stick with which it can herd its affiliates onto a predetermined path.

It is against this backdrop that a coach such as Jonathan Mokuena is struggling to find full-time employment as one.

His case is a curious one. He is eminently qualified, but finds himself frozen out of a system that is supposed to take him into its warm embrace.

He is currently doing a year-long coaching course at Saru that will further enhance his qualifications and, when he completes it, he will add it to his World Rugby Level 3 coaching certificate. Few in this country possess a similar qualification.

Mokuena is by no means an impostor who happens to possess the right paperwork.

He is a former Blitzboks captain and played as a loose forward for the Leopards, Griquas, Cheetahs and Lions. As a coach he took North-West University (NWU) to the Varsity Cup title in 2016.

Yet he doesn’t have a full-time coaching contract. He has taken over as University of Johannesburg (UJ) coach, an assignment that effectively lasts seven months.

Mokuena is by no means an impostor who happens to possess the right paperwork.

He is a pundit with SuperSport, but he’s had to start a small maintenance business. “In coaching you need a plan B if the stuff hits the fan,” Mokuena remarked. “That is something all coaches of colour need to have in their back pocket.”

He points out that successful Varsity Cup coaches tend to get opportunities higher up the coaching ladder. Chean Roux coached Stellenbosch University to multiple titles before becoming Junior Springbok coach. Franco Smith took the University of the Free State (UFS) to the title before coaching the Cheetahs, while Nollis Marais and Pote Human took the University of Pretoria (UP) to the title before going down a well-worn path to Pretoria’s Loftus Versfeld.

“The only two coaches who have won the Varsity Cup and have not coached Super Rugby are myself and Kevin Musikanth, who now coaches Israel. It’s not about me, but the facts that are on the table,” said Mokuena.

Equally, Mokuena said, his World Rugby Level 3 coaching certificate, which he earned in 2018, has counted for little in job interviews.

“I have heard rumours after interviews I’ve done,” said Mokuena. “Griquas being one example. I was told I’m too expensive, I want to bring in my own management, I’m a difficult person to work with. These are all rumours, but no one has actually asked me about that if it is a concern.”

Mokuena, of course, is not the first coach to have worn green and gold who has had the door slammed in his face. In fact, Springboks in the 15-man code have found themselves out in the cold.

Despite his status in the game, late Bok great Chester Williams also bemoaned the obstacles on his coaching path. He eventually found such a job in Romania, before returning.

The less celebrated McNeil Hendricks and Quinton Davids also represented the Springboks, but it counted for little when they attempted to get a coaching gig. In their case, the lack of requisite paperwork proved a significant impediment.

The sad thing about the Mokuena story is that hope is now in short supply. Will he get an opportunity higher up should he help steer UJ to the Varsity Cup title?

If you must insist on smashing food, please don’t go the whole hog

Sorry but it’s true: what could’ve been a no-fly zone is a no-friend zone