All that’s left for Soweto derby fans is bragging rights

All that’s left for Soweto derby fans is bragging rights

With neither Chiefs nor Pirates challenging for the league, a spectacle with goals and a winner would be great 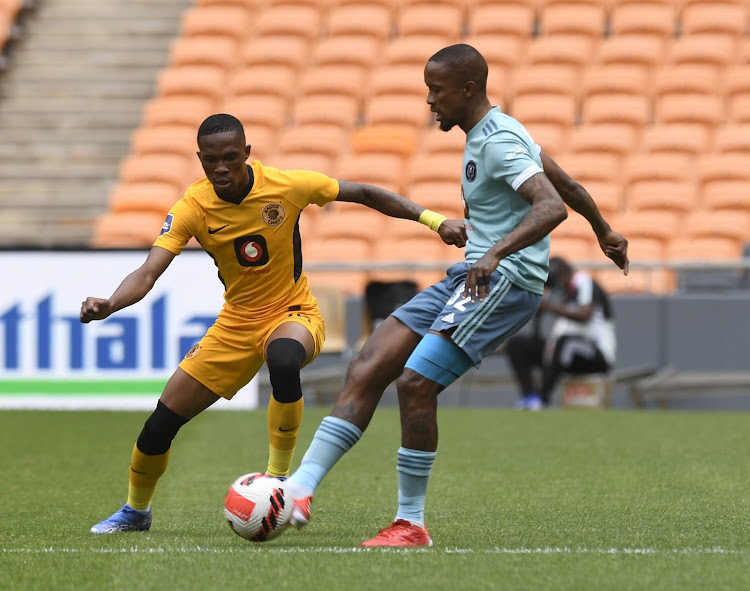 As with everyone who grew up fascinated with this fixture, I usually have goosebumps in anticipation when Orlando Pirates host Kaizer Chiefs, in what used to be called Kwesikaminzela Isigodi (where no one comes back alive) this weekend.

In today’s lingo Kwesikamaminzela isigodi is sweetly shortened to Esigodini. But that doesn’t hide that this derby ayisafani (is no longer the same).

But how did we come to this? Saturday’s match at Orlando Stadium will be the 14th league derby in seven years, with the outcome unlikely to help the winner mount a serious challenge for the DStv Premiership title.

Chiefs were last of the two teams to be crowned league champions in May 2015. While Bucs will complete a decade at the end of the current campaign without having lifted the most coveted title in the land.

May 2012, with Augusto Palacious at the helm, was the last time Pirates won the Premiership.

If Chiefs or Pirates want to be included in the Super League, they’ll have to dominate on the local front before dreaming of swimming with the big fish of African football.

In years gone by, people would look forward to watching players such as Kaizer Motaung, Jomo Sono, Ace Ntsoelengoe, Teenage Dladla, Nicholas Seshweni, Marks Maponyane and many others, months ahead of this fixture.

The same cannot be said today, as neither team have the star players or pulling power they used to. What remains for the diehards of both clubs is nostalgia and hope that maybe one day things might return to “normal”.

So, as I tried to gather my thoughts about what exactly these Soweto giants will be fighting for on Saturday, I came to the usual conclusion. The fans still enjoy bragging about who won the Soweto derby.

So pride will definitely be at stake.

But given the trophy droughts these teams have endured over the last decade, it’s disheartening that the people running the two clubs don’t seem to know how to arrest the slide into oblivion.

Saturday’s match will primarily be about who can finish second behind runaway log leaders Mamelodi Sundowns, the club that both Chiefs and Pirates have been playing a distant fiddle to in past decades.

Finishing second in the DStv Premiership carries a lot weight. Chiefs recently showed the benefits of finishing second. Amakhosi missed a big chance to win the league title in the 2019-2020 season but then went on to finish as runners up in the Caf Champions League last season.

Pirates have finished outside the top two in the past two seasons and co-coach at Bucs Mandla Ncikazi has not hidden that they’ll feel bitterly disappointed if they fail again to qualify for the Champions League next season.

So that’s about it in terms of what these two famous brands will fighting for, in yet another derby that has not had fans in the stands since March 2020, when the coronavirus pandemic reached our shores.

For the players and coaches a lot is always at stake in this fixture. One big mistake can end one’s career. And that has been one of the reasons why many of the Soweto derbies over the past two decades have ended in drab drowsy draws.

With talks of a Super League on the continent, I think these clubs need to up their ante, not only in the Premiership but also their Caf participation.

There was a time no so long ago when everyone felt that playing in Caf competitions, especially for Chiefs, was an irritant, a waste of time and money.

With Sundowns’ Champions League success in recent years, SA football fans are beginning to appreciate how vital regular Caf competition is for clubs such as Pirates and Chiefs.

But it all has to begin at home. If Chiefs or Pirates want to be included in the Super League, they have to dominate on the local front before dreaming of swimming with the big fish of African football.

My feeling is that once Chiefs and Pirates perform at the highest level, the prestige and excitement of the Soweto derby will return.

Saturday’s match can be used by both clubs as a launching pad for what they want to achieve in the future.

There are a lot of Chiefs supporters who are not chuffed by what Stuart Baxter, ironically the last coach to win a league title with Chiefs, is doing with the team. The Briton’s constant changing of line-ups is something that doesn’t sit well with the supporters.

One of the biggest gripes is the lack of trust Baxter has shown in the young players such as Sabelo Radebe, Nkosingiphile Ngcobo and Happy Mashiane. Saturday’s match presents another chance for Baxter to show some confidence in these young boys.

There are also lots of questions around the coaching set up at Pirates, where Ncikazi shares the role with Fadlu Davids. Bucs have been blowing hot and cold this season and from the outside it’s been difficult to see who’s making the final calls when the going gets tough.

Perhaps Saturday’s match may somehow influence those charged with choosing who will lead Pirates in the dugout in the future.

A draw is not an option for either side and considering these teams last played to a draw (1-1) in February 2019 in a league fixture is encouraging.

Chiefs have the upper hand having won four of the last five league fixtures after that draw in 2019.

But let’s not forget that history has shown us several times that derbies are never decided on current form or past results.

Let’s hope for exciting football, goals and a winner on Saturday.