The Blitzboks have captured SA’s heart, their popularity transcending boundaries in a still-divided country 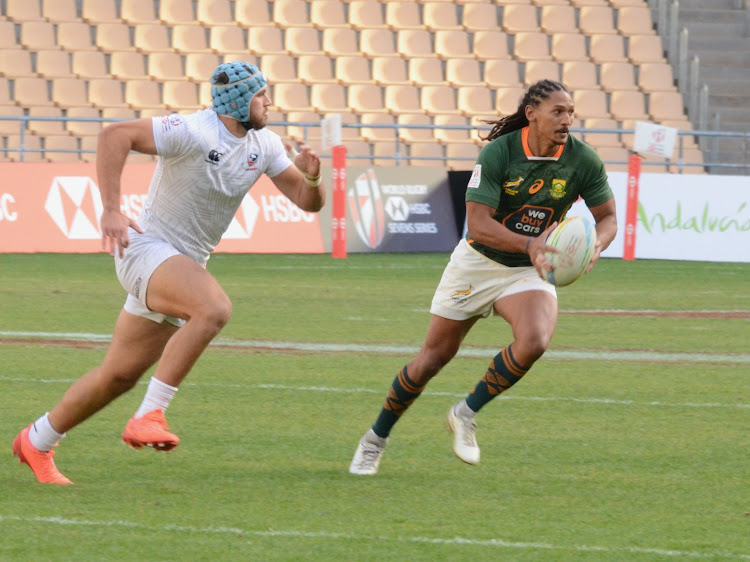 The Blitzboks are continuing to emerge from the shadow of their big brothers.

Their exploits may not carry the weight of Rugby World Cup success in the 15-man game, but they are certainly winning over fans and widening the appeal of the sport, here and abroad.

The team’s popularity seems to rise with each passing week they see action in the World Sevens Series. This is, of course, not bound by that series and they have enjoyed wide support campaigning in the Sevens World Cup, the Olympics and the Commonwealth Games.

What has made them such a revered team cannot be oversimplified by pointing to the results column. They have certainly helped fuel an ever-evolving affection for the country’s Sevens warriors.

In the absence of their great rivals from New Zealand, whose movements have been restricted by the pandemic, the Blitzboks have made hay, playing and conquering what has been placed in front of them. What has been there to vanquish, they have.

Last week they won their sixth consecutive tournament and stretched their unbeaten run to 34 matches. They won their fourth title on the World Sevens Series circuit in 2022 and continued on a winning streak that started in Vancouver, continued in Edmonton last year, before they won twice in Dubai, followed by success in Malaga and, finally, Seville last weekend.

To say they are on a roll would be an understatement.

We know it’s a team sport, but we also know it is not about ourselves. What we try to do is to always make the guy next to us look better.

Sure, the positive results help broaden awareness, but it is the way the Blitzboks go about their business that has captured the imagination and embedded them in the general consciousness.

Moreover, the team’s popularity transcends well-established boundaries in a still-divided country. They make hearts swell with patriotic fervour when they throw up their arms in triumph on a Sunday.

You don’t have to be a rugby aficionado to appreciate the energy and effort Neil Powell’s charges exude in their matches.

Though they are structured, especially in defence, the Blitzboks are generally a free-spirited, hard-to-contain team. They play the game at breakneck speed and with ferocious intent, and very few teams on the Sevens circuit can keep up with their high-octane methodology.

And as much as they dazzle, they defy.

In possession their forays are frenzied; without it, they seem to have a ball knocking attackers backward. They possess a restive commitment to thwart the opposition at every turn.

They play with an unbridled selflessness that is best defined from within the set-up. Selvyn Davids, one of the stars of the current crop, talks of the brotherhood that bands them together. “We know it’s a team sport,” said the electrifying Davids, who is the team's leading scorer in the series, with 111 points. “But we also know it is not about ourselves. What we try to do is to always make the guy next to us look better.”

These are virtues bound to excellence, which clearly resonate with their ever-widening pool of fans.

Through it all, the Blitzboks go about their task with a collective smile. They find immense joy in playing the way they do, getting the results and doing so as a band of brothers.

They delight in each other’s shared joy and so do we.