Bosses can’t clip Swallows’ wings and expect them to fly

Bosses can’t clip Swallows’ wings and expect them to fly

Swallows FC owners need to invest in quality players, otherwise they’ll be back in the doldrums 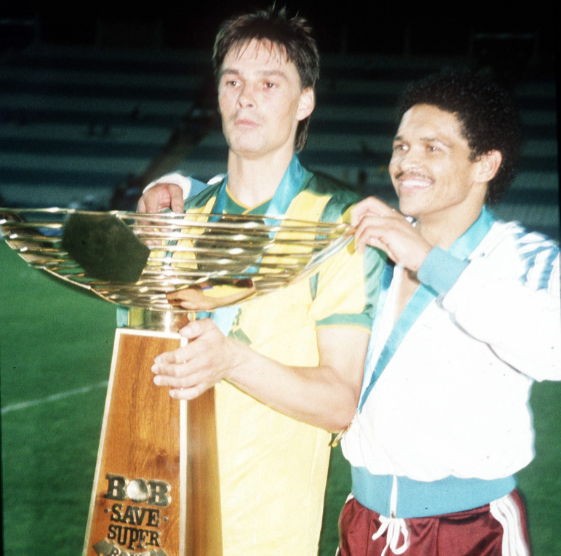 I remember writing in this space last year, beaming as the club that I grew up very fond of, the team of Andries “Chaka-Chaka” Mpondo, Daniel “Vader” Mophosho, Andries “Six Mabone” Maseko, Joel “Ace” Mnini, Thomas “Who’s Fooling Who” Hlongwane, Noel “Phinda Mzala” Cousins, Calvin “Mkhonto” Petersen and many other greats had made its way back to SA football’s top flight.

Moroka Swallows, now officially known as Swallows FC, bounced back to the elite league after five years in the wilderness, following their relegation at the end of the 2014-2015 campaign.

Such was the terrible way in which the Beautiful Birds were being run by their previous owners, they were on the verge of disappearing into thin air by the time they were saved by one of their fervent supporters, Gauteng education MEC Panyaza Lesufi, in the 2017-2018 season.

Swallows’ rescue mission was completed when Lesufi roped in the current chair, entrepreneur David Mogashoa, to run the club from the 2019-2020 season, the campaign in which they finished top of the GladAfrica Championship and returned to the top flight.

Swallows’ survival will not depend on who they hire to sit on their bench. Mogashoa and company need to ask themselves if they have a team good enough to compete in the Premiership.

But all good things come to an end, and it seems that Swallows’ two-year honeymoon period has run its course.

Swallows sacked Brandon Truter, the coach who promoted the team, after a 3-1 home defeat against Kaizer Chiefs on Sunday.

That loss not only confined the Dube Birds to the bottom of the DStv Premiership standings, but it turned out to be a double blow when one of the club’s stalwarts, former director, shareholder and PRO Godfrey Gxowa, died on the same day.

We may not know how much that defeat contributed to Gxowa’s ailment and eventual death but what we know is that Gxowa, who started supporting the club from 1951 — just five years after they were formed in Moroka, Soweto — was, along with many Swallows supporters, not happy with how the team had performed this season.

While it may be easy, as it always is in SA football, to blame the coach when the results are not forthcoming, Truter can’t be the only one at fault.

Everybody saw that Swallows were incapable of turning draws into wins and something drastic, especially in their attacking department, needed to be done.

To play to 20 draws and win only eight in 30 league matches was atrocious for Swallows last season. That they finished sixth on the log was simply because the other competitors were worse.

And how did the Swallows management respond to that?

Instead of confronting the problem and providing Truter with better strikers, they chose to frustrate him by imposing an assistant, Simo Dladla, who from day one must have had his eye on his job.

Truter is not senior in any way to Dladla, with both men having cut their teeth in the first division in recent years. With Truter not being the one who recommended Dladla, there was always going to be a conflict on how the team was coached.

It was a recipe for disaster and a complete waste of time. And the results showed.

Now after 12 league games this season in which Swallows have won just one match, a new coach and not Dladla, who was fired alongside Truter, has come in and has been given a clear mandate – rescue the team from relegation.

Dylan Kerr, a 54-year-old English tactician and former Arcadia player, did a similar job with Baroka FC in 2018-2019 season and the Swallows owners must have looked at that when they hired him. Kerr also won the Nedbank Cup with Tshakhuma Tsha Madzivhandila, now known as Marumo Gallants, last season.

Fulfilling this mandate won’t be easy for Kerr because Swallows owners are yet to address the elephant in the room — how do they find goals?

Some of the Swallows legends I mentioned before often finished as top scorers in the league in their heydays. They must be weeping when they look at the log and Swallows’ scoring figures this season — three goals in 12 matches against 13 they’ve conceded.

Ruzaigh Gamildien, who finished as Swallows top scorer with 11 league goals last season, was never going to come close to those players. At best, he may have been better left trying his luck with the reserves.

With one goal in 10 league matches this season, it’s clear that Gamildien will need a lot of help from his coach and club. Adding good strikers in January may help Swallows.

For me, cementing a place in the top flight doesn’t end the moment you’ve done well in the previous season. And this isn’t just Swallows’ problem, but many of the so-called small teams in the Premier Soccer League.

Let’s take the last five seasons for instance. Polokwane City, Maritzburg United, Lamontville Golden Arrows and Platinum Stars all finished in the top 10 in the 2016-2017 season.

Today Polokwane and Platinum Stars (they’ve changed their name so many times in the lower league) are no longer in the top flight — with Platinum relegated the following season and Polokwane in the 2019-2020 campaign.

In the other four seasons teams such as Bloemfontein Celtic and Highlands Park may have survived relegation, but their owners failed to hold on to their status and sold them to clubs that are now known as Royal AM and TS Galaxy.

These stories of the small clubs get repeated every season, as it was last season with AmaZulu finishing second and Arrows fourth. The two Durban clubs are not faring as well as they did last season, and that’s mainly because, as with Swallows, their owners have been reluctant to invest in good players.

Swallows’ survival will not depend on who they hire to sit on their bench. Mogashoa and company need to ask themselves if they have a team good enough to compete in the Premiership. If they don’t, they need to strengthen the team before it’s too late.

Failure to do that will lead to one thing — back to the doldrums.

And that won’t be agreeable for many Swallows supporters and Gxowa, who might have drawn his last breath on Sunday happy that at least the team is still competing in the top league.