SA’s fast bowl into international cricket 30 years ago was a no ...

In the country’s haste to play overseas, a system to bring equal opportunity and excellence was not put in place 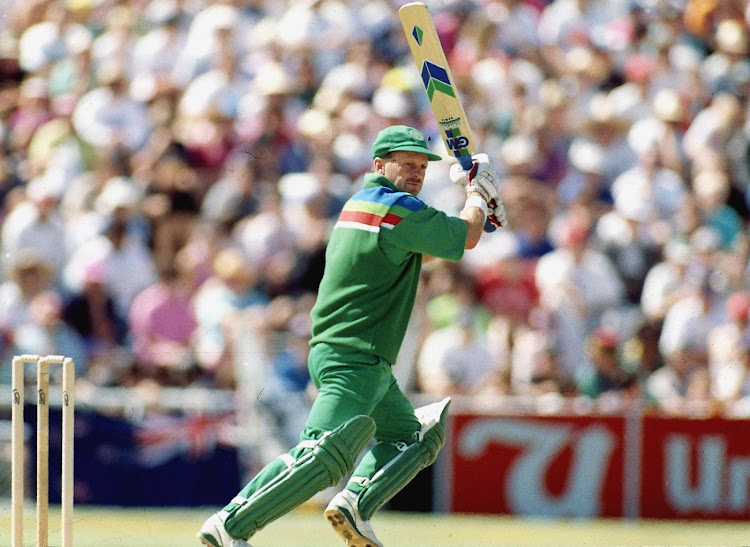 BITTERSWEET Peter Kirsten was among the South African players to take on India when the country returned to the international stage.
Image: Joe Mann/Gallo Images

The country’s groundbreaking return came with a three-match ODI series against India in Calcutta, Gwalior and New Delhi. The record will show Clive Rice’s team lost the first two matches, before winning the dead rubber.

The tour was hastily arranged, with only four days separating the official thumbs up and a specially arranged flight to India.

Naturally there was much excitement for the SA’s return to the international fold. It had been 21 years since the country was last engaged in on-field combat recognised by the International Cricket Council (ICC).

In the first decade after SA was reduced to pariah status, domestic competition was the only outlet for the country’s elite white cricketers. Their black countrymen had long grown accustomed to playing among themselves.

But as the 1980s approached SA cricket grew restive. The 1981/82 rebel tours were launched under the guiding hand of Dr Ali Bacher, the long-time supremo of the local game. Rebel teams from England (twice), Sri Lanka, West Indies (twice) and Australia (twice) had travelled here, but none arrived with the full sanction of their federations.

In fact, players faced stiff bans for travelling to apartheid SA, but were handsomely rewarded thanks to sponsors such as SA Breweries and Yellow Pages, among others.

The National Sports Congress, which was aligned to the ANC, had, however, already struck a conciliatory tone with white sports administrators. They prevailed upon the dissenting voices and, in the interest of national unity, a deal was brokered which paved the way for sports unification.

Former England captain Tony Lewis described the first visitors here in the 1981/82 season as “the richest, loneliest men in cricket”.

By the time the last rebel tour under Mike Gatting came around in the 1989/90 season, currents had shifted politically.

The ANC had been engaged talks in Lusaka with SA captains of industry that were aimed at smoothing the path in a protracted transition.

While the white sports federations were more or less on the same page in speeding along this process, the federations on the other side of the divide had different hymn sheets.

The respective sports federations were far from united in their approach, with Sacos, (South African Council on Sport) fervently arguing there should be “no normal sport in an abnormal society”.

They held the view that the normalisation of society needed to occur before the notion of sporting equality could take root.

The National Sports Congress, which was aligned to the ANC, had, however, already struck a conciliatory tone with white sports administrators. They prevailed upon the dissenting voices and, in the interest of national unity, a deal was brokered which paved the way for sports unification. More to the point, it was the then recently released Nelson Mandela’s wish for this divide to be crossed.

That in turn greased the wheels for SA’s sporting return to the international fold.

In the country’s indecent haste to again play on fields far flung, the ground rules for a framework that would bring equal opportunity and enduring excellence for the country’s athletes were not put in place.

It meant there was still little that connected SA’s sporting haves and its disenfranchised.

The once skunks of the international game received a garlanded welcome on their arrival in India. Their hasty inclusion at cricket’s top table and resultant inclusion in the 1992 World Cup meant the game’s impoverished were left behind in every way imaginable.