What? Mpengesi kept the coach?

What? Mpengesi kept the coach? 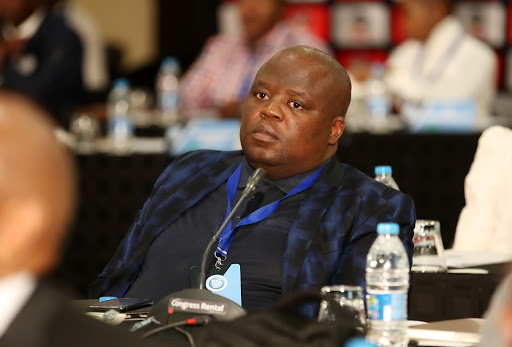 It was a relief, and maybe to some people unbelievable, to read earlier this week a missive by Chippa United boss Asiviwe “Chippa” Mpengesi to his club supporters.

Before I get to the details of Mpengesi’s letter, I will try, for the uninitiated, to summarise what Mpengesi is better known for in SA football.

Everyone knows Mpengesi wastes no time on those he deems unfit to coach his club when the results are not forthcoming. Most of the time it doesn’t matter how many he’s fired by the end of a single season.

By December 2020, eight years after Chippa was promoted to the top flight of SA football, a whopping 22 men had coached Chippa, and Mpengesi had shown them the door when he felt they were not performing to his liking.

In total, there were 28 appointments of coaches at Chippa during those eight years, and current coach Gavin Hunt is the 32nd, following on the heels of Lehlohonolo Seema, now with Lamontville Golden Arrows.

Three names among the 22 coaches stand out.

Serbian born Vladislav Heric, the late Roger Sikhakhane — who I believe would be doing something at Chippa if he were still with us — and Dan “Dance” Malesela.

These three coaches never got tired of Mpengesi’s antics, as they’d returned more than twice to coach his club and, in Malesela’s case, made a couple of appearances after he had vowed to never set foot again in Gqeberha after a seemingly sudden dismissal.

Malesela, now club-less after his sacking at Chippa last season, has coached Chippa four different times. It’s no surprise that he’s the first coach to come to everyone’s mind whenever Mpengesi has fired the latest coach.

Sikhakhane, who died in November 2018, had three stints as Chippa head coach, though he served as technical director twice. Mpengesi simply loved the slow-talking mentor from northern KZN.

The last time Heric was at Chippa was after Mpengesi had fired Malesela for the last time in December 2020, but he too didn’t last that long, getting sacked in May 2021 with just two league games left before the end of the 2020/21 campaign.

Hence I say it came as a great relief, if not shock, to read Mpengesi’s plea to the club supporters this week to give the current incumbent, Hunt, more chances to complete what he started at the beginning of the season. Mpengesi’s letter to the Chilli Boys fans is not only melodic to Hunt’s ears but the timing of it was perfect.

Chippa are facing Hunt’s former team Kaizer Chiefs in a DStv Premiership clash in Johannesburg on Saturday. The four-time league winning coach would not have wanted anything to disturb him as he plots to beat a team that humiliated him when they fired him just two games before the end of last season.

It was Hunt’s first major sacking as a professional coach in more than 25 years in SA football, and Mpengesi’s letter brought some much-needed encouragement to Hunt given the start he’d had in Gqeberha.

There’s overwhelming evidence that Makgopa is one for the future

Out of a possible 18 points in six league games, Chippa collected a paltry five and the team are sitting on the 13th spot on the Premiership table. Instead of pressing the panic button as he usually does, Mpengesi, in his one-page letter, sounded optimistic about what the club could achieve with Hunt at the helm.

“The coach has our full support. We want to see him and players succeed. So I urge you all to be patient. Patience is important as it is a prime mediator of success in any sport, especially team sport like soccer,” Mpengesi wrote in some part of his letter before adding: “While we’ve had a difficult start this season, we have seen some wonderful display of football, some really crazy performances and the injection of some needed energy into the local game.”

Unbelievable stuff really, coming from someone known to be trigger-happy as Mpengesi.

The Chippa boss’s letter made me think a little about what many of us who are not coaches never really take cognisance of when a coach is fired or ‘“relieved from his duties”, as some clubs would like us to believe.

Firing a coach means an end to his income and, yes, most coaches take this job knowing how fickle and impatient some club bosses like Mpengesi can be.

Do we ever think about how the life of that fired individual is turned upside down? I mean, think about his family who might have been used to living to a certain standard and suddenly, boom, the one who’s providing that life no longer has a job and there seems to be no prospect of getting a better one in the near future.

It’s no wonder the likes of Malesela, Sikhakhane and Heric have returned to Chippa to work for an employer they’re fully aware will kick them out the moment he feels they’re not delivering.

One would hope Mpengesi’s letter to the club fans was not a joke but genuine and will lead to him really having patience with his coaches. People’s livelihoods are on the line, and one cannot just play with people’s emotions whenever one pleases.

We all have to understand it’s not only the coach who’s affected but his whole family. Some coaches even move house from a province or even country when they find employment, and you can just imagine what happens when his family has to move once again because the source of income, sometimes sole, has been cut.

Yes, coaches know the nature of their job and some earn big bucks these days. It all depends on one’s CV. If you’re just starting and you have employers like Mpengesi, you may well end at the bottom of the pile.

Coaching and nailing down that employment for quite some time is no child’s play. But thanks to Mpengesi, another family’s anguish is at least spared … for now.

Broos happy with progress, but yet to find the best combination

Love is love: if a gay Dutch monarch wants to get married, it’s fine