Apart from being up against five-time winners TP Mazembe, the coach says travelling will be tough on the team 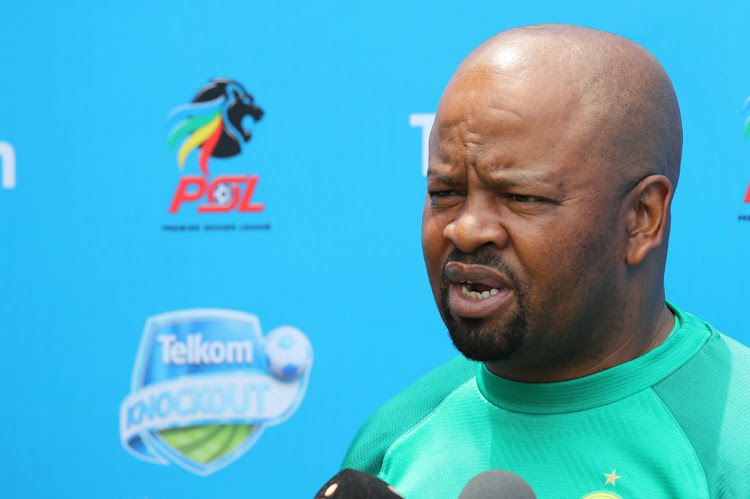 RELIEVED Sundowns coach Manqoba Mngqithi says one thing in their favour is there will be no fans when they play TP Mazembe in the Democratic Republic of the Congo.
Image: Lefty Shivambu/Gallo Images

Mamelodi Sundowns coach Manqoba Mngqithi has described his team’s draw in the group stage of the Caf Champions League as “ tricky”.

Sundowns have been drawn in Group C, alongside the Democratic Republic of the Congo’s (DRC’s) TP Mazembe‚ Sudan’s Al Hilal and CR Belouizdad of Algeria.

The 2016 champions will host Al Hilal on February 12, before visiting Belouizdad on February 23 in the first of their group stage matches.

Mngqithi‚ who was Pitso Mosimane’s assistant when Sundowns won the tournament five years ago‚ said travelling to the DRC‚ Algeria and Sudan will be challenging.

“It’s quite tricky‚” said Mngqithi. “At this stage of the championship you can expect anything, but one would have wanted to have more direct flights, which we might not get.

“Even Lubumbashi [in the DRC] doesn’t have direct flights at this stage.

“But in terms of opponents, it’s a very tricky affair because Al Hilal is one team that is looking a bit stronger.

“It’s a team that we have to tread carefully against and the travelling to [Sudan] is not always the easiest. Let’s just hope when we play them at home we can get maximum points.”

Mngqithi said playing without fans against Mazembe in the DRC will be a big plus, as the supporters create an intimidating atmosphere at the Stade TP Mazembe in Lubumbashi.

“That environment can be very hostile for the youngsters, but I believe we’ve got what it takes to compete in that space.”

Mngqithi also warned against taking Belouizdad lightly simply because they have not featured in Africa club competitions before, unlike Mazembe‚ who have won the Champions League five times.

“Belouizdad is the new kid on the block, but we have to tread very carefully‚” said the Sundowns coach. “The only bad thing with that trip [Algeria] is that it’s never a direct flight. We have to go to Europe and, at times, to Dubai, and come back to Algeria.

“It’s a strain on the team, but we hope we’re going to able to get it right.”

And just like that, ‘Sex and the City’ is back