It’s too early to judge efforts to declutter the game, but there are signs they might be doing it a disservice 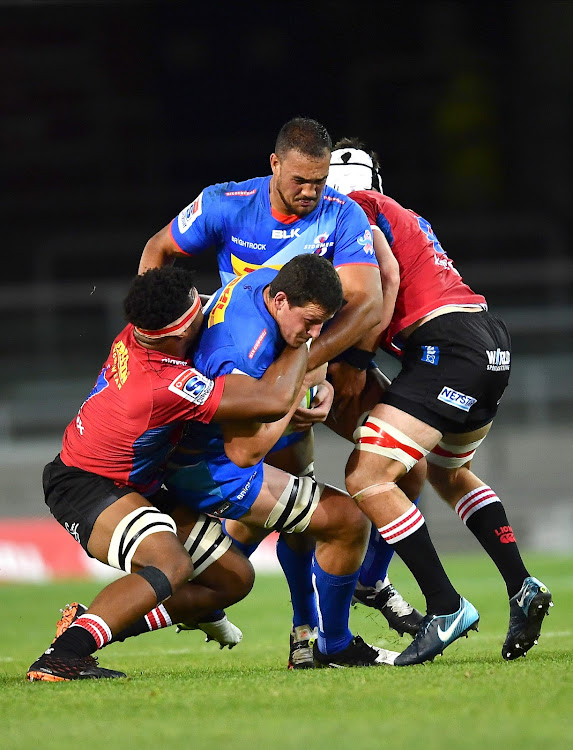 Binding rules Penalising both teams mercilessly when they strayed from the new laws made for a stop-start affair between the Stormers and the Lions at Newlands on October 17 2020.
Image: Ashley Vlotman/Gallo Images

We are yet to enjoy the benefits of the subtle law variations that are aimed at speeding up rugby.

Like ensuring a fair contest for possession between the attacking and defending team, speeding up the game by cleaning up the ruck is an entirely virtuous pursuit.

It may be too early to give a definitive verdict but the opening weeks of Super Rugby Unlocked has seen partial improvements in that area, but the shrill of the referee’s whistle has been difficult to ignore.

Naturally, players take a while to fully grasp and adapt to law changes or even subtle variations thereof.

The changes, especially those that are supposed to declutter the ruck, are aimed at speeding up play by discouraging the defending team from slowing down possession in the tackle and ensuing ruck.

The ball carrier has to play ball, too.

Ball carriers will be allowed only one dynamic movement after being tackled.

Crawling, or any secondary movement other than placing or passing, leaves the player vulnerable to being penalised.

What doesn’t help in this instance is that the ruck has always been an area shrouded in subjectivity.

As you’d expect, it has left a number of contact-hitting ball carriers a little bemused after they got back on their feet.

Tacklers however, have copped the brunt. Tacklers are expected to roll away immediately in the direction of the side-line. This will be a referee’s number-one priority at the tackle.

Tacklers have been asked to roll away east-west (not towards the try lines).

The offside line will be bossed more vigilantly with defenders expected to be palpably onside to provide attacking teams more space.

So much fine print in an area where split-second decisions need to be made naturally leads to folly. Lawmakers argue they are not changing the laws of the game but are simply applying them more strictly.

Even if you call it a sharpening of focus, it has still come at a cost. What doesn’t help in this instance is that the ruck has always been an area shrouded in subjectivity.

The laws may be clear but things don’t unfold in a predetermined way as bodies clatter into each other at breakneck speed. That leads to a fair amount of subjectivity.

Last week, for instance, referee Rasta Rashivhenge’s whistle became a form of punctuation in the Super Rugby Unlocked clash between the Stormers and the Lions at Newlands. Rashivhenge clearly took the new directive to heart, penalising both teams mercilessly when they strayed from the laws as contained in the book.

It made for a stop-start affair but he applied the law as he was told to. That was until the last move of the game when the Lions, hoping to still record a last-gasp win, went on the attack and came within a few metres of the Stormers’ try line when Stormers prop Steven Kitshoff applied a spoiling hand at the ruck.

Rashivhenge, in arguably the most crucial moment of the game, opted only to warn the player with a “hands off” and allowed play to continue. A penalty where the Lions could have kicked for touch might have altered the result.

Upon reflection you could argue that applying all the technical penalties to the letter of the law and then overlooking a moment that potentially could have turned the result does the game a disservice.

That moment again underlined the fact that while lawmakers try to declutter the game by presenting match officials with white-and-black scenarios, the human condition, when the pressure is on, gravitates to shades of grey.