In the first of a new column, we explain what’s in its name by looking at a sublime display of sportsmanship 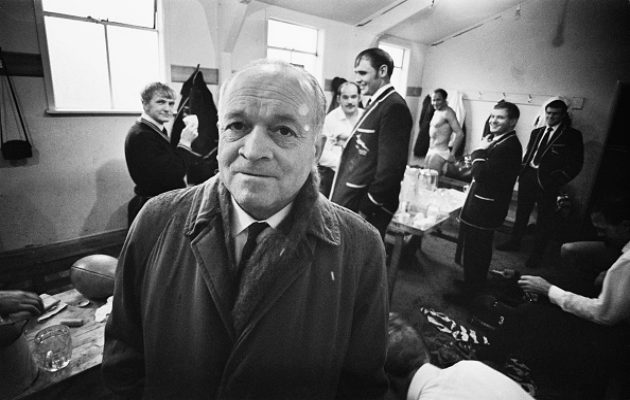 doc in the house Dr Danie Craven with his beloved Springboks. Denis Fry was described by Craven as a pin-point kicker, famous for his diagonal kicks.
Image: Archive

In what will hopefully be the first of many columns, allow me to explain the story behind the title, Punt Intended.

For starters, I do enjoy puns and, should I make them, they will be intentional.

But the real meaning dates back to an extraordinary show of sportsmanship long before I was born. It occurred during a club rugby game between the University of Cape Town (UCT) and Gardens in Cape Town.

The flyhalf for the students was Denis Fry, brother of Springbok captain Stephen (no relation to the British author), who was part of the successful 1951/52 touring squad to Britain, Ireland and France that won all five Tests.

Denis was said to be an immaculate player. He had a great break and could put his backline away, but he was also a tactical kicker who wasn’t averse to slotting the occasional dropped goal.

He also didn’t back away from tackles like some flyhalves we’ve seen over the years.

And he apparently did all of this without getting dirty. It could be pouring with rain and the field could be a mudbath, but Fry would finish the match as clean as he started.

I do not think I have ever seen a man with more certain handling, or a neater player.

Of course, there’s no footage from those days for us to verify this information.

In the absence of video evidence, some readers may be a little sceptical about the good ol’ folklore as passed down by word of mouth. But these accounts seem to match comments I’ve read on Fry by the late Dr Danie Craven, who called the flyhalf the man with the perfect hands.

In Dick Stent’s book to commemorate the centenary of Cape Town’s Villagers rugby club, Craven was quoted as saying: “I do not think I have ever seen a man with more certain handling, or a neater player.” He also described Fry as a pinpoint kicker, famous for his diagonal kicks.

For all his brilliance, Fry, who travelled with the Springbok squad in 1951/52, never won a Test cap.

His problem was that he was a yard too slow (yards is how they measured distances in rugby and other spheres of life in those days). And his rival for the No 10 jersey was Hansie Brewis, a player so sublime that the Boks never lost a Test when he played.

Admittedly, Brewis only played 10 Tests, but they included a 4-0 home series whitewash over the All Blacks, the five victories over the home unions and a win over Australia in the first Test of a home series. Brewis was dropped for the second Test against the Aussies and SA lost.

Even Brewis felt sorry for Fry, saying he deserved to play at least one Test.

Apart from being a brilliant and clean player, in every sense of the word, Fry was a good sport. For him, fair play trumped everything.

He got the ball and kicked, putting it straight through the poles. The referee blew his whistle and awarded UCT three critical points, but Fry immediately objected.

The match between UCT and Gardens was said to be a crunch league encounter, so there was much to play for. It was pouring with rain and Fry was as clean as ever.

He got the ball and kicked, putting it straight through the poles. The referee blew his whistle and awarded UCT three critical points, but Fry immediately objected.

He rushed across to the referee and explained he had not kicked a drop, but had instead butchered an attempt to punt the ball across the field, with the ball sliding off his foot and threading the posts.

The referee, however, declared that his decision was final, and the three points stayed with UCT, who apparently won a narrow encounter.

So there you have it — punt intended.

Blasts from the past: Craven and Osler grind out ...

Blasts from the past: Zero sum game for Boks and ...

In the spirit of greats like Tobias, bin the Bok ...