The rider’s parents ‘made huge sacrifices’ for him, but made it clear that if he didn’t crack it, it was back to SA 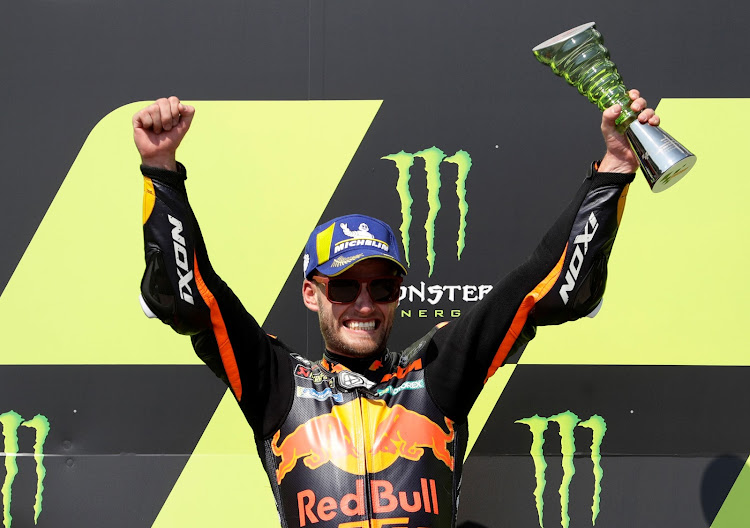 The Brad Binder documentary that is set to come out this month is further proof that he’s made it in the world of motorcycle racing, though the rider recalls a time he thought his dream had died.

His parents, having secured him a ride for the 2012 Moto3 season, made it clear that if he didn’t crack it he would be heading back to the banality of everyday existence in SA.

“If I made it, I made it, [but] if I didn’t I’d go home and I’d have to go back to school and study and whatever, live a normal life,” said Binder, who clinched his maiden MotoGP victory in Brno, Czech Republic, last month.

“That year was tough. I made a lot of mistakes, crashed a lot,” he told Times Select in an interview. “The last race of the year, I had the idea that the dream was over and I was on my way home, back to SA.”

‘It was almost over’

Binder was fighting for the win and ended up coming fourth. Despite his misgivings, that night he signed a contract for the 2013 season with Ambrogio Racing.

“I think that was the moment the dream carried on. It was almost over.”

Binder, who went on to win the Moto3 world championship in 2016, said his 2012 season was a lot better than he had believed at the time.

“If I look back at it now I actually did really well, because I was in the top 10 many times, and you expect to come there and win, but the reality is different.”

The rider said his successes since then had justified the hard times he and his parents had endured as he fought his way up the ranks.

“When I was a kid, 13 years old, I wanted to race motorbikes for a living one day. Tell your parents that and they have to make it all happen.

“It’s crazy things that have to go on. You pretty much live away from home all year, it’s not cheap, it’s difficult. My parents made some huge sacrifices to get that right.”

His mom, Sharon, lived with him in Spain during his Moto3 days, while dad Trevor and younger brother Darryn stayed at home.

Before that Binder and his father stayed together abroad.

“It was a long time apart and they were tough times. It’s amazing how getting these results ... it makes all those sacrifices and hard times really worth it.”

Brad Binder’s MotoGP triumph on Women’s Day is a reminder of Africa’s potential, despite its challenges
Ideas
1 year ago

The one peculiarity about Binder is that he races a lot better than he performs in qualifying and practice. For example, he had six poles in his 2016 championship season, but seven wins.

In Moto2 last year he had no poles, but landed five victories.

“I think I’m really bad at doing one fast lap. That’s half the reason I qualify really badly,” he said with a chuckle.

“When it comes down to the race, it’s the average time that counts.”

That’s what helps him when he’s chasing down his rivals, week in and week out.

“One thing I’ve always been quite good at is in the braking zones and being able to make positions up and pass people.”

Binder, who races next in Misano, Italy, on September 13, says the documentary goes as far back as 2009 and culminates with his victory in the Czech Republic.

He’s achieved pretty much everything one could hope to, apart from winning his sport’s ultimate crown.

“A MotoGP world championship is the end goal. That’s what everyone here is fighting for and I’d love to get it right one day.”

No Comrades for first time since WW2 - but Durban ...

No love lost in brothers’ unholy feud over ‘missing’ R136m