It's time for those uncomfortable conversations about systemic and integrated discrimination, says Jurie Roux 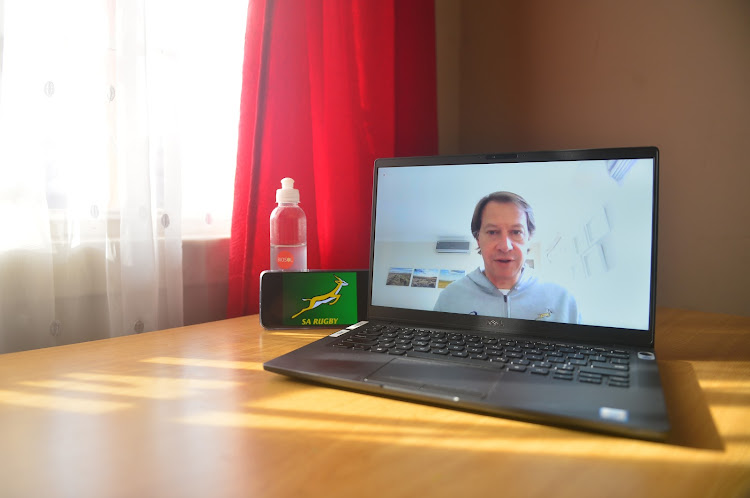 SA Rugby chief executive Jurie Roux declared on Tuesday that they intend to take steps to address the grievances of black players in the sport.

In what can be seen as the strongest Black Lives Matter statement from any of SA’s sporting federations‚ Roux said in a virtual press conference that the sport needed to own up and deal with uncomfortable conversations that have emanated from black players.

Last week a group of 49 black former rugby players and coaches threw their weight behind Proteas cricketer Lungi Ngidi and the BLM movement. The fast bowler had called for his teammates to take a stand against racism the next time they came together as a team.

“The first thing we need to do is to let people tell their stories‚ but more importantly we have to listen to those stories and hear what they are saying. That’s always been the issue.

Maybe some elements we may need to change‚ especially around the coaches. Rassie Erasmus did present us with the plan around the fast-tracking of black coaches.

“If we have to adapt things to help figure things out‚ then we have to do that. What we shouldn’t do is to steer away from the uncomfortable conversations and the things people refer to as the awkward truth. Those are the realities of our lives.”

Roux candidly acknowledged that SA rugby has had a sordid past with racial inequalities‚ but said they had taken steps to try to remedy this.

However‚ incidents of racial discrimination have occurred and whether they’ve been dealt with accordingly by the various unions has been a topic of hot debate.

One of the current issues plaguing SA rugby is the lack of black representation in senior coaching structures. SA’s Super Rugby and Pro14 franchises don’t have black head coaches.

“Maybe some elements we may need to change‚ especially around the coaches. Rassie Erasmus did present us with the plan around the fast-tracking of black coaches‚” Roux said.

"We’ll look at that plan more seriously and we’ll address the issues that are there. We need to provide people with an opportunity to tell their stories and those stories are beyond coaches.

“In terms of dialogue‚ a process will follow that’ll listen to the concerns, and our executive will advise on what is the way forward within that environment.”

Roux also said challenging their existing systems will be an integral part of dealing with systemic and integrated discrimination.

“These are serious matters that transcend way beyond sport and they are part of our daily lives. There are people who are voicing their concerns.

“We have to take them and listen to what they’re saying‚ and we have to look at where we stand in terms of those concerns. Are our players significantly robust enough to address those concerns?

None of this is news to black sports journalists

They called me a monkey: ex-player claims ...