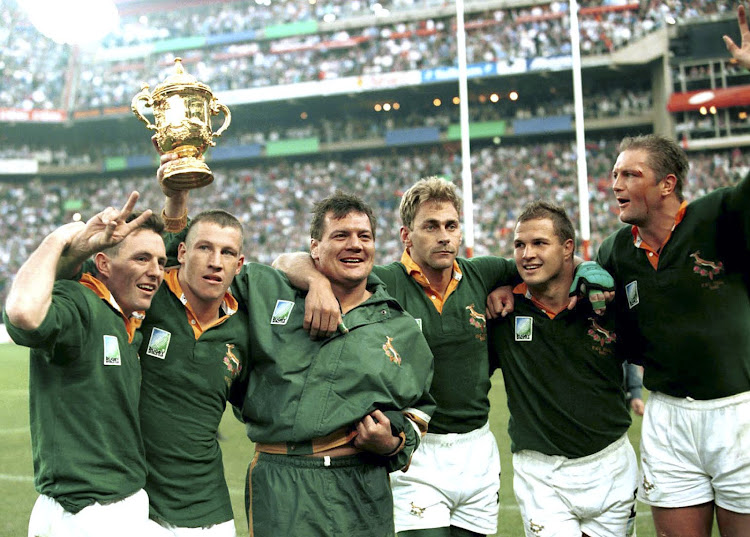 The deaths of Kitch Christie‚ Ruben Kruger‚ Joost van der Westhuizen‚ James Small and Chester Williams are so keenly felt because they are indelibly etched into SA’s consciousness.

They contributed richly to the Springboks’ success in the 1995 Rugby World Cup (RWC) and their teammates still mourn their loss. 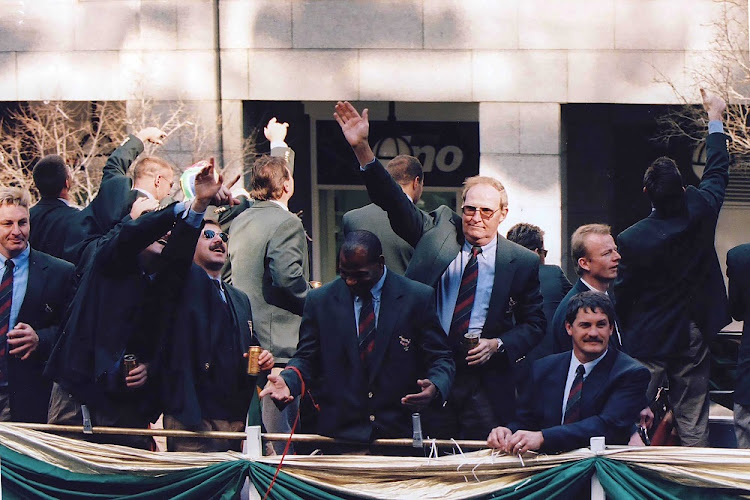 Having guided the Boks to RWC glory‚ Christie‚ who had battled leukaemia since 1979‚ took ill in 1996.

He was due to coach Transvaal in the inaugural Super Rugby tournament while still holding the reins of the national team. His illness forced him to quit both jobs, but he responded so well to treatment that he accepted the head coaching job at the Bulls the next year.

Then his body deteriorated again and he was hospitalised.

It was then that Blue Bulls president Hentie Serfontein‚ in Christie’s words, “fired me like a dog”. 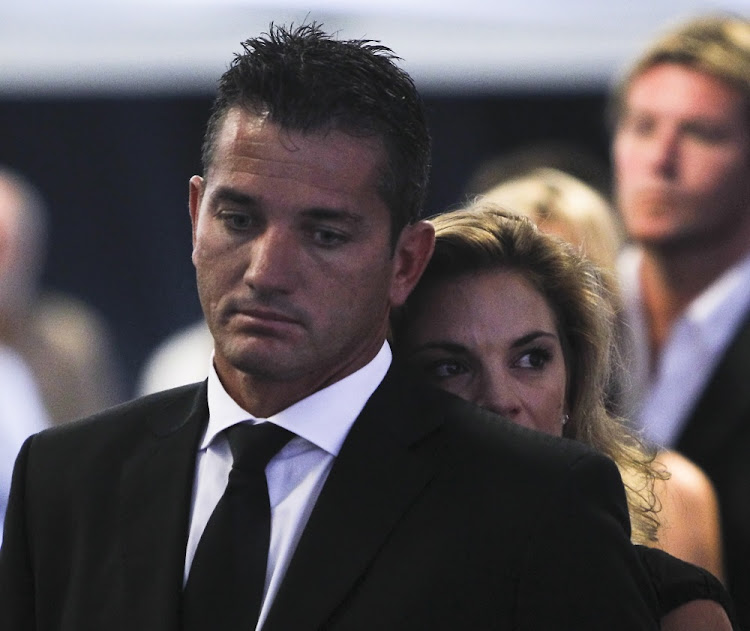 He held pride and valour dear. He went on to captain the Springboks at the 1999 RWC and he was a senior member of the squad that travelled to the 2003 instalment in Australia. He played in 89 Tests between 1993 and 2003.

He was diagnosed with motor neuron disease in 2011 and though it eroded him physically, Van der Westhuizen’s spirit and zest for life remained undiminished. 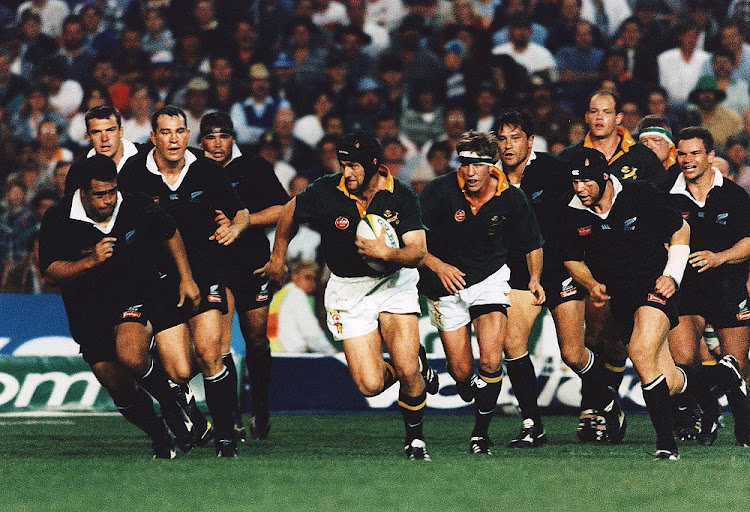 Warrior Ruben Kruger takes on the All Blacks in the prime of his career.
Image: Wessel Oosthuizen/Gallo Images

Ruben Kruger possessed warrior-like qualities. He was a fearless flank with an exemplary work rate. There was nothing flashy about Kruger or the way he played.

Often the toil of this silent assassin went unnoticed, but his contribution to the Bok cause in the World Cup was rewarded with the SA Rugby player of the year award in 1995.

Kruger was unaware of the destruction happening within. He blacked out during a game in 2000 and resultant tests revealed he had a brain tumour. He had surgery to remove it, but it resurfaced. In 2009 he was hospitalised and doctors removed 90% of a growth said to have been the size of a man’s fist.

Kruger battled the disease for a decade, dying in January 2010, aged 39. 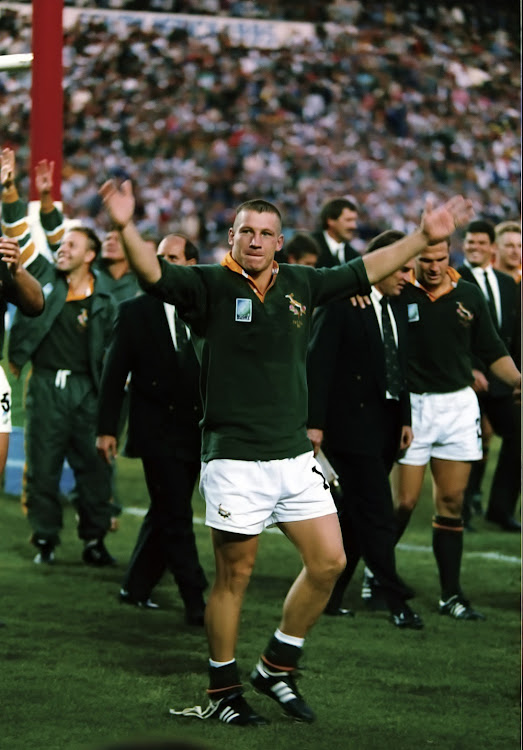 full of verve James Small during the Rugby World Cup (RWC) final in 1995.
Image: Wessel Oosthuizen/Gallo Images
1995 RWC chronicles: A match that elevated the team into pantheon of...

James Small‚ the rock star of the group‚ had the unenviable task of man-marking All Blacks juggernaut Jonah Lomu in the 1995 final. With a little help from his friends‚ he stood up to the task.

By then the much-celebrated rebel had left his mark.

Small died of a heart attack in February 2019, shortly after his 50th birthday. 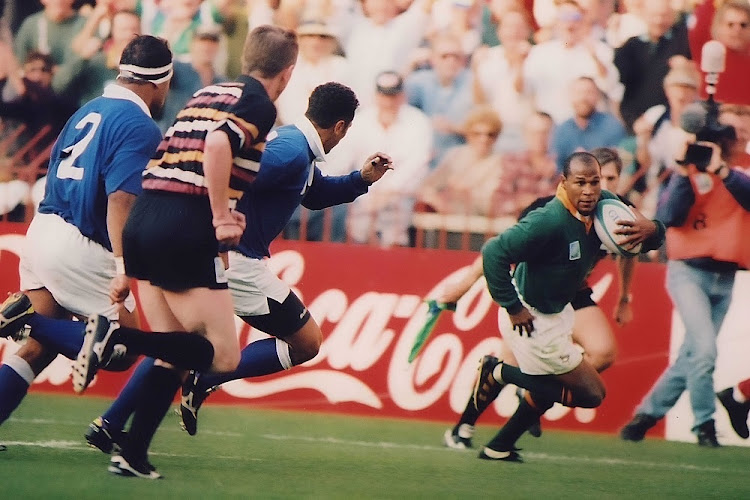 The only black player to feature in that 1995 RWC group‚ Williams made a dramatic entry into the tournament for the suspended Pieter Hendriks when he scored four tries against Western Samoa in the quarterfinals.

Crippling knee injuries would break his momentum‚ but Williams remained a wholehearted contributor to the Bok cause until his retirement from Test rugby in 2000.

He died of a heart attack in September last year‚ just before he was set to travel to the RWC in Japan.

How Rassie hid his life-threatening illness ...

This is really deep, man: SA diamond came from 660km below surface