Shining cricket balls with saliva has been banned by the ICC, so where to from here? 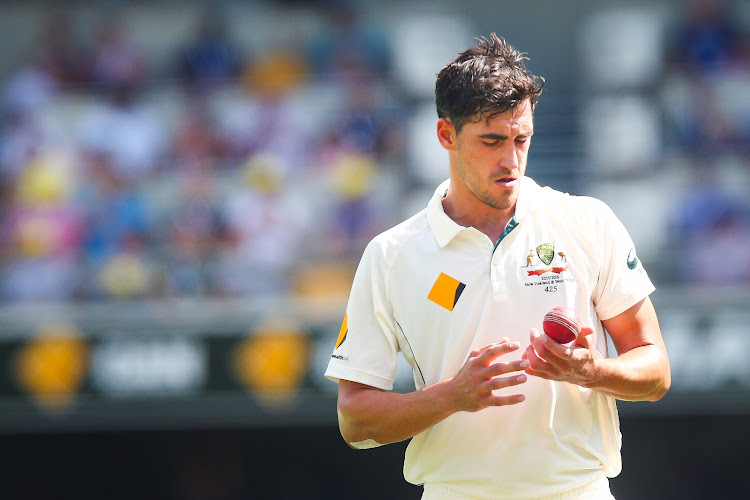 Thing of the past Australian bowler Mitchell Starc shines the ball during a Test match against New Zealand.
Image: Patrick Hamilton/Reuters

The International Cricket Council (ICC) has given the use of saliva to shine cricket balls the thumbs down‚ entering ball maintenance into a new realm.

After an ICC cricket committee meeting earlier this week‚ the practice was banned, while using artificial substances needs to be discussed.

Whatever the case‚ a centuries-long tradition of using spit on the leather is now a no-no becauseCovid-19 is spread by saliva.

It is, indeed, a new world for cricket.

Former Proteas paceman and current Knights head coach Allan Donald said not using spit to shine balls will take some getting used to.

“It’s going to be tough to control because we’ve been doing that since the game started many moons ago.

"There are going to be strict rules regarding ball management. It’s become such a habit‚ but I guess players will use common sense and be careful in terms of how they do it‚” Donald said.

He said the ICC needs to look at alternative forms of ball management, such as throwing the ball on the bounce on the pitch square during certain times in a game to keep the bowlers interested.

“I’m not saying you’re allowed to bring bottle tops and all sorts of things on the field, and bite the ball. There have been horrendous examples of ball tampering and that’s not on‚” Donald said.

“I do think you should be allowed to throw the ball in the dirt or on the pitch square for about four or five overs to get some movement going.

"When you go through that period and you haven’t shined the ball, and found a really scuffed-up side‚ you have to get the shiny looked after very well.

“You don’t want to over-moisturise the shiny side, while keeping the other side dry.

“Sometimes‚ that’s the only option you’ll have to change the game‚ especially when there’s the pitch square that you can use, and that’s not a foreign element.”

He advocated against the use of nefarious methods to maintain the ball.

“People have used sweat for many years, so they’ll find a way.

It’s vital to any team, so they assign specific people to shine the ball. I suspect it’ll be similar now.

“It will be challenging‚ but people are conscious of working with the ball and keeping it in the best condition‚” Pollock said.

“It’s vital to any team, so they assign specific people to shine the ball. I suspect it’ll be similar now.

“It’s going to be a case of getting the right people in the right places from a ball-management perspective.

“I don’t think tampering is the right word to use‚ but finding different ways going forward if the current one doesn’t work.

“Maybe that could be some sort of product to polish it‚ but that’s not going to happen in the short term.

“I also don’t think the route of legally tampering with the ball will be pursued.”

When the question regarding ball management using sweat was put to Cricket South Africa‚ chief medical officer Dr Shuaib Manjra said: “With the ICC saliva is a no-no‚ but sweat seems to be an option. There’s a big debate about whether sweat contains the virus. There’s a belief that it doesn’t‚ but I don’t believe that’s adequate.”

SPORTS DAY: Faf in India is a no-brainer, says ...

This is an Olympic chance to rethink how we play sport