Injuries during the Six Nations are one thing, but the fact they are a major talking point even before this season’s edition kicks off highlights the increasingly brutal nature of professional rugby union.

Europe’s elite international competition gets under way this weekend, with England looking to become the first side to win three successive outright titles in the long history of the Championship.

Yet they could be missing more than 16 players against Italy in Rome on Sunday, with wing Elliot Daly and star No 8 Billy Vunipola already ruled out of the entire tournament.

Shakes wants regime change but says it's not a grudge

Former Bafana Bafana coach Ephraim “Shakes” Mashaba has thrown his weight behind a new forum whose aim‚ according to a spokesman‚ is “regime change” at the South African Football Association (Safa). 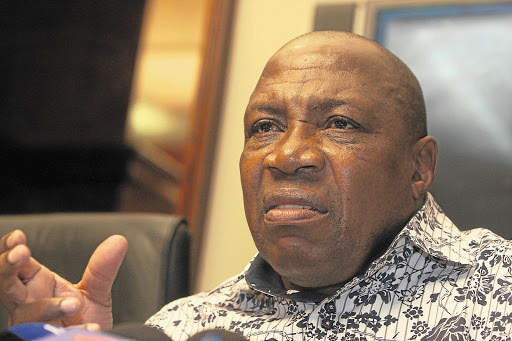 The National Football Consultative Forum was launched at a Sandton luxury apartment block on Monday with various aims‚ one of which said spokesman Thabo Masombuka was to influence a change in leadership at Safa.

Mashaba‚ dismissed as Bafana coach by Safa after a displinary hearing in December 2016‚ was present at the launch and stressed that his support for the forum was not motivated by settling scores.

“I want people to know it’s not about grudges‚” Mashaba said. “It’s about the deteriorating standard of football‚ especially at the national level.”

Free-scoring batsman AB de Villiers has been ruled out of the first three one-day internationals against India through injury, Cricket South Africa announced on Tuesday.

De Villiers bruised an index finger attempting to take a catch in the 63-run defeat in the third Test against the tourists in Johannesburg.

He will need at least two weeks for a full recovery, ruling him out of the 50-over ODIs in Durban, Pretoria and Cape Town, starting on Thursday.

Games boss wants SA back at fifth on the medals table

Sprinter Anaso Jobodwana was the noticeable omission from the Commonwealth Games squad named in Johannesburg on Tuesday.

But the world championship 200m bronze medallist from 2015 is likely to be added once the men’s 4x100m relay team is finalised‚ SA Sports Confederation and Olympic Committee president Gideon Sam said.

Sam is not targeting medals but instead wants South Africa to return to fifth on the medals table at the 2018 edition at Gold Coast in Australia.

A hotly anticipated rematch between middleweight champion Gennady Golovkin and Saul "Canelo" Alvarez will be held on May 5 at a location yet to be determined, fight promoters said on Monday.

Their previous fight on September 16 in Las Vegas ended in a controversial draw when Kazakhstan’s Golovkin and Mexico’s Alvarez each got the nod from one judge, while the third declared it a draw.

“Golovkin, this time you won’t need the judges. I’m going to knock you out,” Alvarez said in Spanish in an online promotion of the fight.

Australia on Tuesday warned athletes planning to compete in the Commonwealth Games this April that anyone caught overstaying their visas after the event will be dealt with firmly.

Australia has previously hosted the 2000 Sydney Olympics and 2006 Commonwealth Games in Melbourne, after both of which it experienced problems with about 190 athletes overstaying their visas.

Canberra has tough immigration policies designed to deter a flow of refugees to the country. Hundreds of asylum-seekers who tried to reach Australia by boat in recent years have been detained in remote Pacific Island camps.

Emerging star Li Haotong wrote his name in the history books and underlined his prodigious talent as he became the first Chinese men’s golfer to claim a spot in the world top 50.

Li surged from 60th to 32nd in the rankings thanks to a thrilling victory at the Dubai Desert Classic on Sunday and highlights China’s growing prowess in a sport that was banned under Mao Zedong because he considered it too bourgeois.

The European Tour said Li was the youngest player inside the top 50 and the 22-year-old now has his sights set on April’s Masters after qualifying with his impressive third-place finish at last year’s British Open.

The former coach of champion Hong Kong hurdler Vera Lui Lai-yiu has been arrested after he was accused of sexually assaulting the athlete when she was a teenager.

The suspect was detained two months after Lui became the first high-profile woman in socially conservative Hong Kong to speak out against abuse as part of the #MeToo movement exposing sexual misconduct.

In an open letter posted on Facebook on her 23rd birthday in November, she accused her former coach of sexually assaulting her when she was a schoolgirl, prompting the city’s leader Carrie Lam to ask police to investigate.

A 76-year-old man was arrested for “indecent assault” Sunday but has since been released on bail, police confirmed.

Now all that’s left is to deliver gold for China at the Pyeongchang Winter Olympics.

Plenty depends on the photogenic duo, who are the pairs world champions and Olympic favourites, as victory would go a long way towards igniting Chinese interest in winter sports before the Beijing 2022 Winter Games.

While China is a powerhouse of the Summer Games, they lag behind in winter sports — something they badly want to fix before Beijing becomes the host city in four years’ time.

The Melbourne Cricket Ground, Australia’s largest stadium, will host the women’s World Twenty20 cricket final in 2020, organisers said on Tuesday amid hopes the match will set a world record for attendance at a female sporting event.

Both the men’s and women’s finals will be played at the MCG — one of the world’s biggest stadiums — giving the matches equal billing, the International Cricket Council  said.

The two competitions are being held separately, with the women’s tournament in March 2020 and the men’s six months later.

Starstruck by a Bolt out of the blue

Five things a first-time visitor to London should do