Informal housing is here to stay in SA, so let’s embrace and ...

Informal housing is here to stay in SA, so let’s embrace and improve it 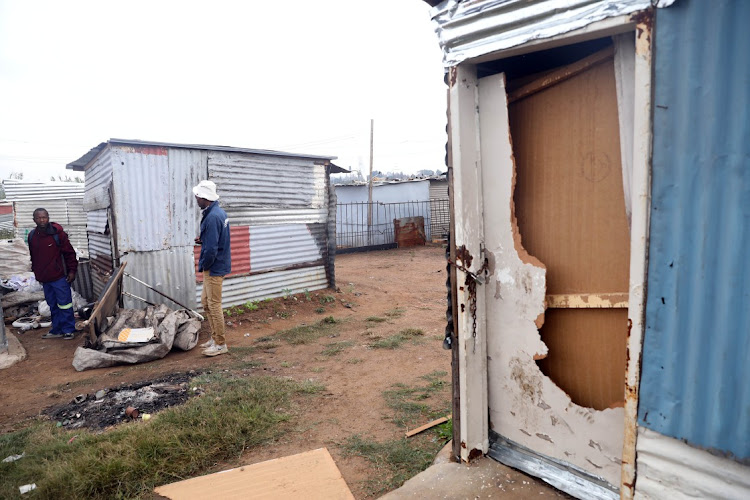 Rapid urbanisation in SA is outstripping the average global rate, and maybe it’s time to embrace informal housing and livelihoods in the country — and the rest of Africa — rather than problematising them.

This is the view of renowned urban researcher Edgar Pieterse who heads the African Centre for Cities at the University of Cape Town.

Speaking at the Rise Africa conference on sustainable cities this week, he said the urban population on the continent is set to treble in the next 30 years.

With this as a backdrop, “development agencies have always been happy about urbanisation because it is historically associated with high income, better education and higher productivity”.

These, combined with a growing labour force, represent a type of “golden goose”.

However, the current evidence in Africa is that the confluence of these two factors (urbanisation and a growing labour force) has the opposite effect.

African countries have a large and growing cohort of youth, “but 80% are in informal or precarious employment”, he said, “with irregular work opportunities, low wages and almost no social protection”.

The focus for a solution has been an obsession with economic corridors, new towns and export processing zones. It’s been a non-urban vision, while at the urban scale what we really need is different kinds of coalitions.

Because of this, “formal living is not an option and slum urbanism is the main hustle”.

As a result, low wages intersect with “health, climate and economic shocks, creating a ‘normalisation’ of large-scale injustice”.

However, it is “too late to retrofit formal structures” in SA and other African countries and it’s the lack of investment that is the problem.

He said a major challenge is that most of the proactive policy in urban areas tends to cater for the top 20% and “aims to address the mobility needs of the middle-class, while criminalising informal livelihoods and informal housing”.

With investment so low in working-class communities and informal housing pockets in particular, there is a “dire lack of adequate basic services”, said Pieterse.

He said to date the focus for a solution has been “an obsession with economic corridors, new towns and export processing zones”, but that “it’s a non-urban vision, while at the urban scale what we really need is different kinds of coalitions”.

According to the latest State of South African Cities Report, over 67% of SA’s population resides in cities.

“Considering that just over 56% of the world population now lives in cities, one begins to appreciate the rate at which urbanisation is taking place in SA,” says Yolisa Kani, chairperson of the South African Cities Network.

According to Regina Opondo, an urban designer from Kenya, the focus of informal settlements is often the challenges that dwellers face in day-to-day living – lack of access to healthcare, functional transport, education and job opportunities to mention a few.

“However,” she said, “They are also places of innovation and ingenuity and hope. Exciting new things happen in these places too.”