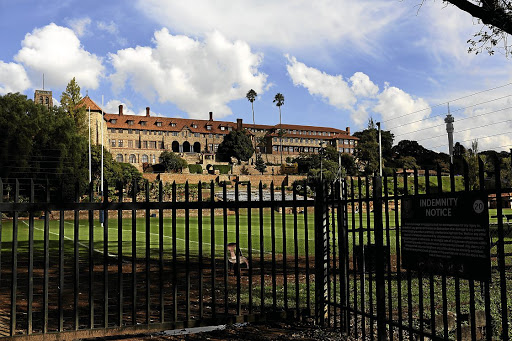 A former teacher at St John’s College in Johannesburg was arrested on March 30 after several ex-pupils laid charges of sexual assault against him on November 15.

North West police spokesperson Lt-Col Amanda Funani confirmed charges were registered at the Rosebank police station in the city, but the case was subsequently transferred to Rustenburg because some of the alleged offences took place at a school camp in that province.

She said the man was arrested and given a notice with a date to appear in court.

On November 15 St John’s College indicated that an independent investigation it commissioned revealed allegations of sexual assault by a former teacher who resigned many years ago.

The school first became aware of the allegations after one of the “victims”, who is now an adult, disclosed the alleged sexual assault to his parents.

The institution said an independent investigation by a child protection expert resulted in other past pupils coming forward to report alleged sexual assault by the same teacher.

The mother of one of the complainants said on Wednesday she was relieved the matter “has got to this point”.

She said the school had been very supportive and had offered her son counselling.

“They have also been very good about protecting the identity of the boys from each other. All I want to see is justice being done.

“I owe it to my son to help him and stand by him. He’s been incredibly brave.”

I owe it to my son to help him and stand by him. He’s been incredibly brave.

“We are not in a position to comment on the details of the case or any recent proceedings as this is a criminal matter between the accused and the judicial system.”

He said the school also reported the allegations to the South African Council for Educators (SACE), which initiated its own investigation.

“This investigation has been finalised and a disciplinary date will be set for the near future.”

West said the allegations were reported to the relevant authorities as soon as they came to the school’s attention.

“The council of St John’s College also appointed retired Constitutional Court judge Johan Froneman to review the safeguarding measures in place, as well as policies and procedures between 2002 and today.”

He said like many schools in the country they were “addressing enhancements to our existing safeguarding measures to ensure that we live out our duty of care to our boys, every day and in every way”.

Marc Hardwick, owner of the Guardian, the safeguarding partner of St John’s College, said they were asked last year for guidance on the allegations.

“An independent investigation was conducted to establish whether there was any merit to the allegations. All the information gathered was handed to the police’s family violence, child protection and sexual offences unit in Marikana in November for further investigation.”

The former teacher’s attorney, Kevin Schaafsma, said they had no comment.

Sunday Times Daily has established that the accused, who was a deputy headmaster of another Gauteng school’s senior preparatory section, resigned from his post late last year.

The school suspended him in November after a tip-off about the allegations against him.

In November TimesLIVE reported that days before the former teacher was suspended, he taught a group of grade 6 boys about puberty and sexuality.

He was chosen to deliver the talk because “he facilitated many sessions on these topics in different schools over the years”.

A female educational psychologist, working part-time at the school, delivered the talk to the grade 6 girls.

The National Prosecuting Authority (NPA) in North West had not responded to media queries by the time of publication.

Fight against NCDs will cost a small fortune but will be worth it: experts

Get your heads out the sand, VCs, and tackle campus violence