Day 14 and still no water for KZN south coast communities

Day 14 and still no water for KZN south coast communities 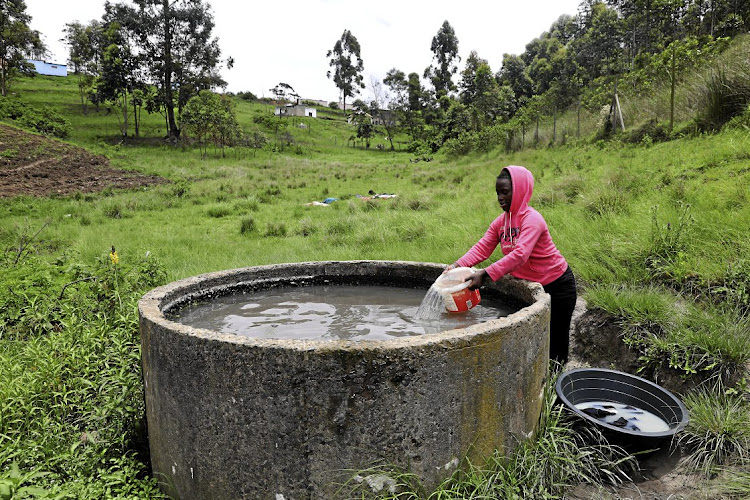 WATER WOES Nosipho Mbulu fetches water from a reservoir to wash her clothes at KwaDluvinga, in Izingolweni.
Image: Sandile Ndlovu

While Tuesday marked World Water Day, residents on the KwaZulu-Natal south coast had no reason to celebrate as their taps have been dry for two weeks.

Residents of popular seaside towns and tourism hotspots including Ramsgate, Margate, Port Shepstone, Hibberdene, Gamalakhe, Bhobhoyi and Nyandezulu have been without water for up to 14 days, after the Ugu district municipality attributed the issue to load-shedding, saying it needed at least R2bn to address water challenges.

With their JoJo tanks empty, many of the middle to upper class regions have been forced to fork out thousands of rand to private companies to have their tanks filled, while poorer communities have taken to the streets in protest as their basic human right of access to clean drinking water continues to be infringed.

The community of Izingolweni near Port Edward blockaded roads with burning debris on Tuesday as its cries for water went unmet. 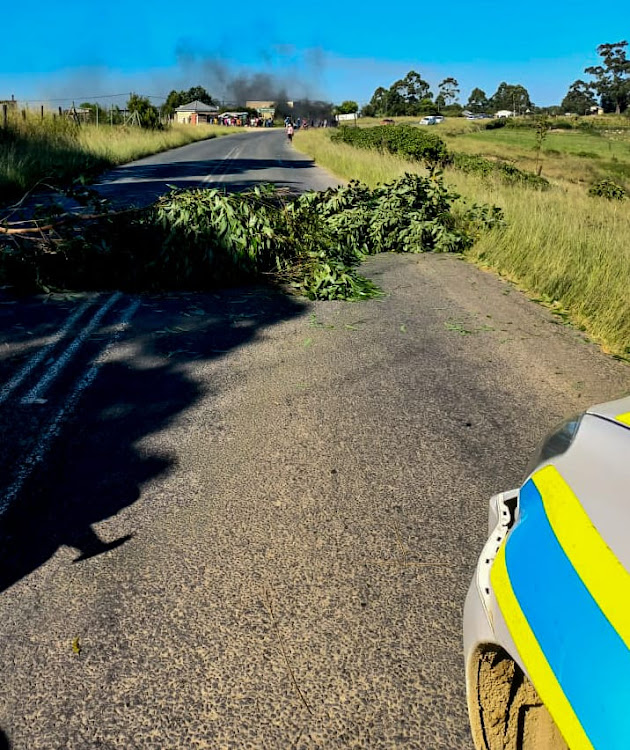 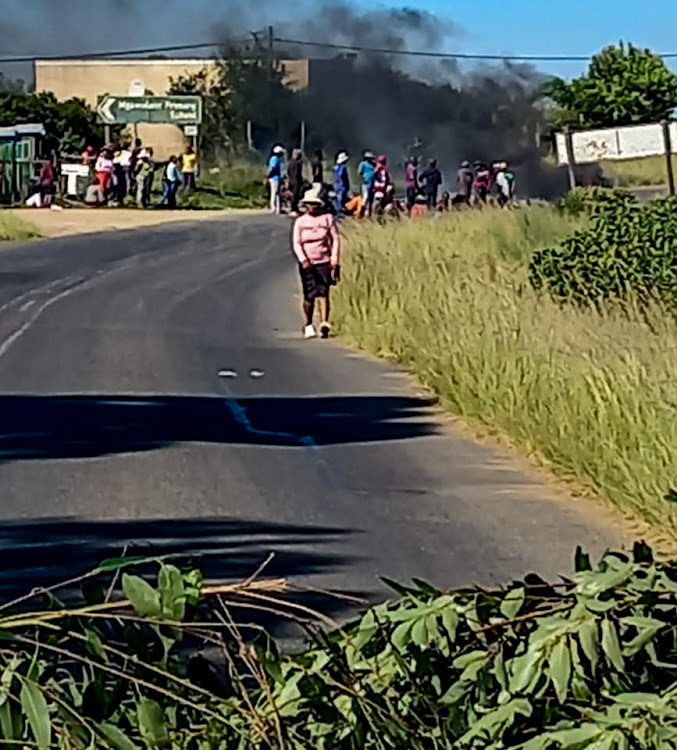 A resident in Ramsgate, who spoke on condition of anonymity, claimed the continuous water disruptions were the actions of a criminal syndicate that was cashing in on water deliveries.

“When our water gets closed off, the private water delivery companies, who have over the years managed to upscale their water tankers to nice new trucks, make a killing. They charge on average 25c a litre. Most citizens have now, due to years of this corruption, purchased and installed JoJo tanks. It costs about R1,250 to fill your standard 5,000-litre tank and double that amount for a 10,000-litre tank, per delivery. Now when the water is off for no good reason, like now for over 10 consecutive days, those companies are so busy that they have a waiting list for deliveries. They easily make R25,000 per day.”

Another resident, a private guest house owner in Ramsgate, said they had forked out R12,000 for water deliveries from private companies in March.

A WhatsApp group for residents to keep abreast of developments regarding water issues had been inundated with messages since last week, as hundreds of people spent the long weekend without water.

This is due to ageing infrastructure and the poor financial state of the municipality who received a qualified audit report recently. The water issue is seriously harming the tourist industry, which has a knock-on effect on employment.

DA councillor Alan Bosch said the south coast had been failed by the Ugu district municipality, which was “dead in the water”.

“For some years now the residents of the south coast, served by the Ugu district municipality, have suffered poor water service delivery. This has deteriorated in recent weeks, and in Ramsgate and Margate there are areas that have had no water for the last 14 days and longer in other areas. Notwithstanding that this contravenes their human rights, this situation has caused serious health concerns, particularly for those residents who are elderly and not able to get around.”

He said the problem was primarily due to the inability to pump, treat and deliver sufficient water for the needs of the residents, an issue which would be worsened by the district’s recent R84m budget cut.

“This is due to ageing infrastructure and the poor financial state of the municipality who received a qualified audit report recently. The water issue is seriously harming the tourist industry, which has a knock-on effect on employment. It is my belief that this will not be solved without intervention from provincial and central government.”

But government has been aware of Ugu’s water woes.

In January the department of cooperative governance and traditional affairs (Cogta) in the province provided R19m to the district for upgrades to the water infrastructure at St Helen’s Rock — which Sunday Times Daily understands have yet to been done.

Acting district spokesperson Mondli Ncane said a large portion of the money received would be used to upgrade the St Helen’s Rock pump station, which is expected to be completed towards the end of June.

Last month during the provincial government’s lekgotla, premier Sihle Zikalala put water provision at the top of his agenda.

This followed a visit by Zikalala and his team to the district where they made several proposals for short- and long-term interventions in the region. These included:

Ncane said his team was compiling a detailed report of all the areas that have been affected by the water issues and would provide the list by the end of Tuesday.

He said the district was well aware of the sabotage and tender collusion allegations around private companies supplying water to residents.

“We have 38 tankers that service about 82 wards. Of those 38 tankers 22 are private tankers. In the Ray Nkonyeni local municipality we have 11 water tankers, of which six are privately owned. We want to cut down on the number of private companies we are using but the moment we do the communities complain. We are in a Catch-22 situation,” he said.

During the July unrest a fleet of water tankers was set alight in Mkholombe, near Port Shepstone.