After 70 hours, the animals arrived on our shores at the weekend and were handed over to a big cat sanctuary 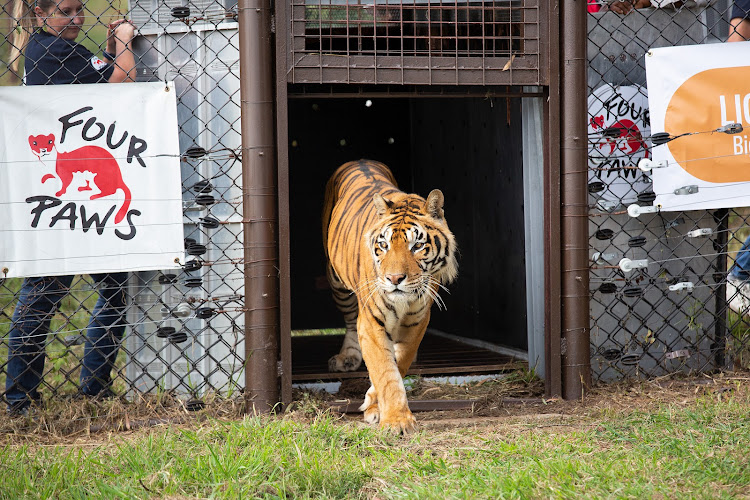 FINDING FREEDOM Gustavo is released at LIONSROCK Big Cat Sanctuary in the Free State after he and three other Bengal tigers were rescued from a train carriage in Argentina.
Image: Daniel Born/Four Paws

Sunday Times Daily last week reported how the animals were kept in an abandoned train carriage on a farm in Argentina before animal welfare organisation Four Paws came to their aid and arranged for them to be housed at LIONSROCK Big Cat Sanctuary in the Free State.

Now, after 70 hours, including a long-haul flight and other travel logistics, they are safe and sound, and ready to live as normal a life as possible — one far removed from the cramped conditions they found themselves abandoned in.

While the backstory of the tigers isn’t fully known, Four Paws was told that a travelling circus abandoned a now 18-year-old male and 15-year-old female in 2007, asking a local farmer to take care of them temporarily, only to never return.

The tigers have since become a family of four. The two younger animals had never been out of the 75m² train carriage.

Mission leader and Four Paws veterinarian Dr Amir Khalil said: “These tigers spent over 15 years in the same 75m² space, surrounded by the same landscape and without any stimulation of their instincts or natural behaviour.”

Now that ordeal is over. Sandro, Mafalda, Messi and Gustavo were safely moved to the sanctuary, just outside Bethlehem, on Saturday and have started roaming around.

This is the first rescue mission Four Paws has conducted in South America. 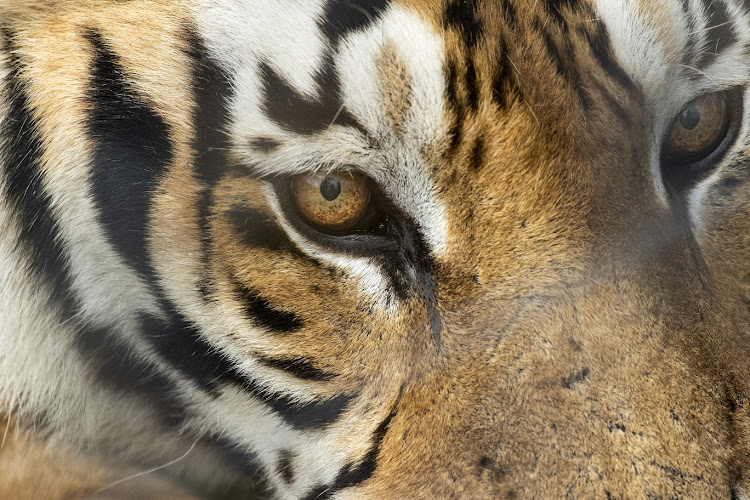 In an operation that lasted 70 hours, four Bengal tigers were transported from Argentina to SA. Pictured here is Gustavo.
Image: Daniel Born/Four Paws

According to the organisation’s Daniel Born, Mafalda was a little hesitant to leave her crate, but Sandro, Messi and Gustavo “started to explore the new surroundings almost immediately”.

“These tigers have never felt grass or earth under their paws. It’s the first time they can see the sky above them, not just metal bars and a roof. Now they have hundreds of square metres full of new feelings, tastes and smells. It is overwhelming for them to be in a completely new environment, but animals are quick at adapting to better living conditions,” said Khalil on Monday.

He added that the animals were “already curious, exploring their temporary adaptation enclosures and making careful first steps on the so far unfamiliar ground”.

“I am proud that we have brought all four tigers safely to South Africa. Now the mission is complete and I am handing them over into the care of my colleagues at LIONSROCK,” said Khalil. 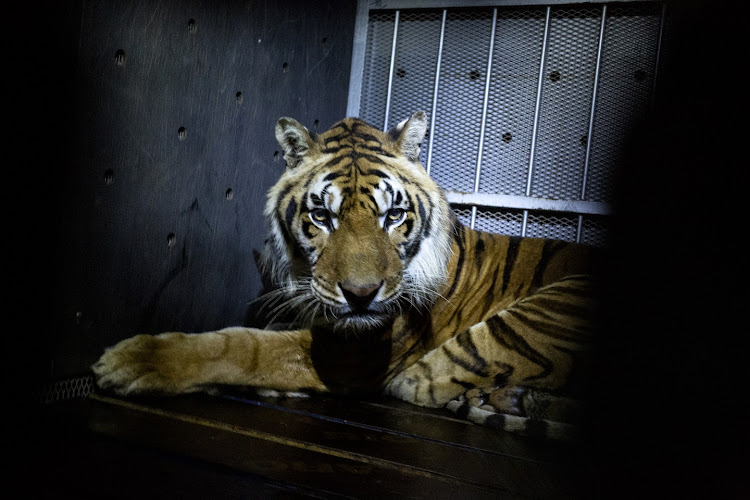 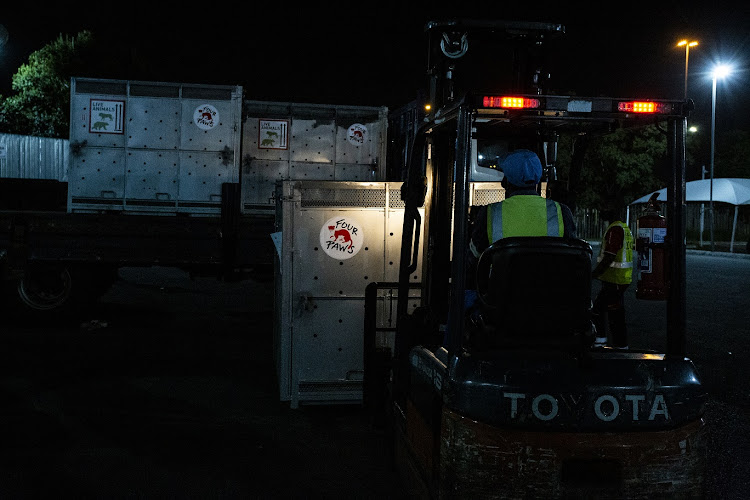 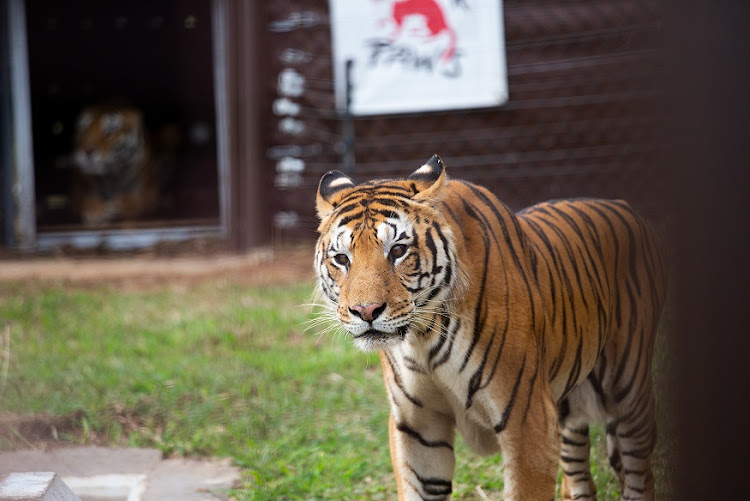 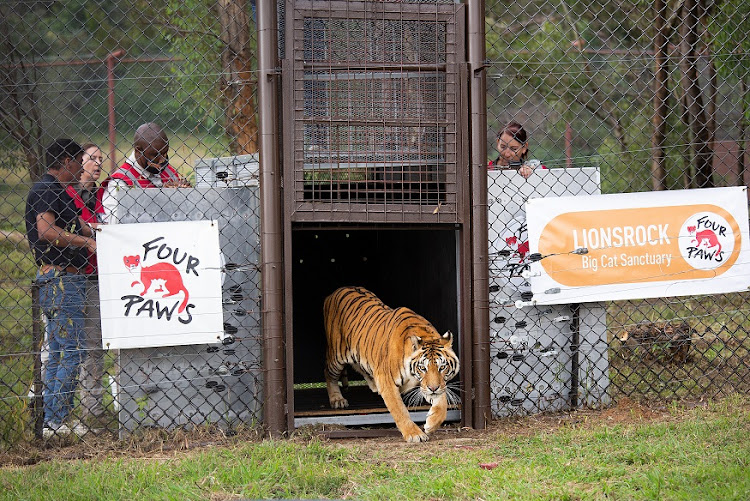 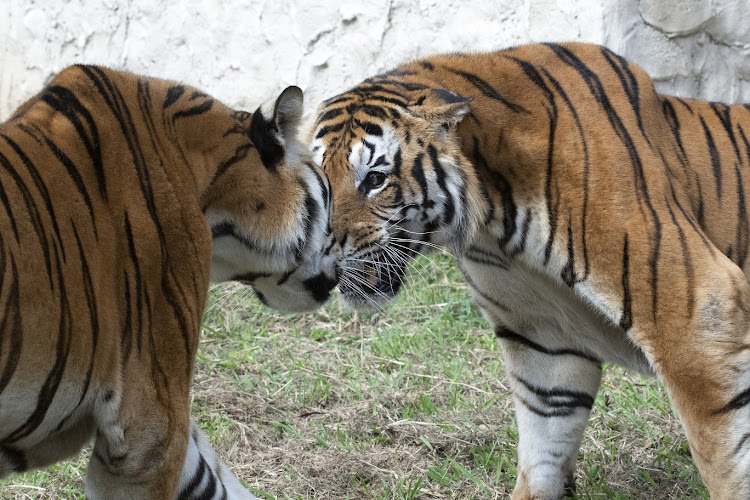 However, a new home doesn’t mean the tigers will naturally adapt. Being cooped up in a space not much bigger than a quarter of a tennis court will have affected them and they’ll need time to get used to this next stage of their lives.

“The road to rehabilitation for these animals now begins,” said Hildegard Pirker, who manages LIONSROCK. “In the coming days and weeks, LIONSROCK will closely monitor the four tigers’ medical needs and determine the veterinary care they require.”

Not so cool after all: 10 things your teen needs to know about vaping

Thanks, but no tanks, Russia