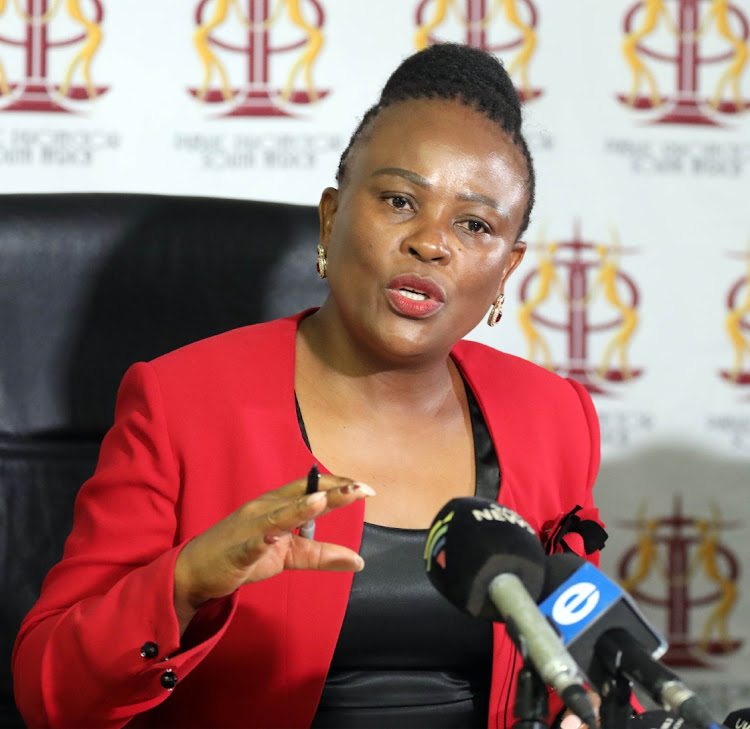 REJECTED The Constitutional Court has dismissed Busisiwe Mkhwebane's application to reverse its judgment on its CR17 report.
Image: ANTONIO MUCHAVE

The Constitutional Court on Wednesday dismissed public protector Busisiwe Mkhwebane’s bid to rescind, or reverse, its own judgment that set aside her CR17 report, saying in a terse two-line order that “no case has been made out for rescission”.

The infamous CR17 report — set aside in full by the ConCourt in a scathing judgment — was the one that required the disclosure of the donations made to the CR17 campaign, which saw Cyril Ramaphosa elected president of the ANC in 2017.

In her report, she had revealed that millions of rand — over R200m, she said in her heads of argument to the ConCourt — was received by the campaign, and remarked that it exposed the president to “the risk of some sort of state capture” and found there was merit in the suspicion of money laundering.

The ConCourt’s judgment setting aside the report was particularly harsh on the way Mkhwebane had referred the Executive Ethics Code in her report, saying she had “changed the wording of the code so as to match with the facts”.

In the July 2019 report, Mkhwebane found that Ramaphosa misled parliament in how he answered a question about a R500,000 donation from Bosasa’s Gavin Watson. The code prohibits members of the executive from “wilfully” misleading parliament. Yet Mkhwebane said the code prohibited “inadvertent and deliberate” misleading, said Jafta.

“It is inconceivable that the sole word used in the code, ‘wilfully’, could be read to mean ‘inadvertent’. These words carry meanings that are mutually exclusive. What was done by the public protector here exceeded the parameters of interpretation,” said justice Chris Jafta in his majority judgment.

In her rescission application, Mkhwebane argued that the code was amended in 2007 by the way it was written (or badly rewritten — to include inadvertent and deliberate) in the ministerial handbook.

She said the highest court failed to give due weight to this “amendment”.

But the president’s attorney Peter Harris said there was only one code and that Mkhwebane had herself, on oath, admitted as much. The ministerial handbook was never gazetted, as any amendment to the code must be. Harris said that the handbook was only ever a secondary source of the code.

The president had asked the ConCourt to order that its registrar refer its order on her rescission application to the National Prosecuting Authority for investigation and that she pay the costs of the application in her personal capacity on a punitive scale. Though the ConCourt dismissed the application with costs, it did not grant a personal or punitive costs order against Mkhwebane or refer its judgment to the NPA.

Mkhwebane has recently told parliament that she would be seeking to rescind another of the highest court’s judgment against her, which cleared the way for parliament to continue with an impeachment process against her.

SA binge drinkers knocked back even more during lockdown: study