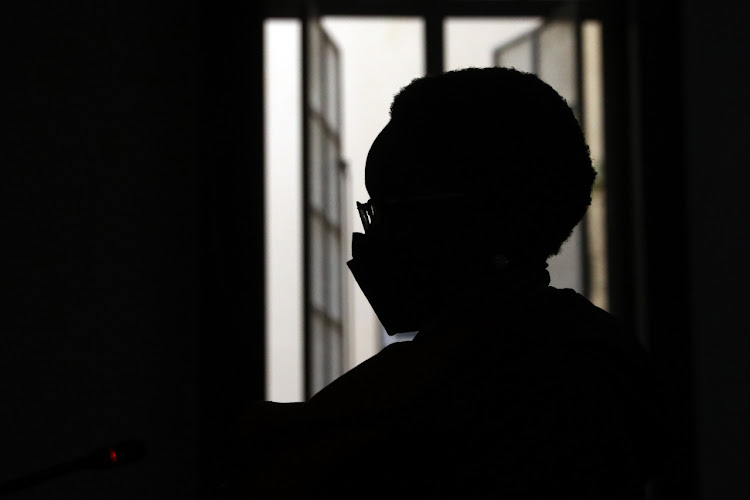 The court should be lenient on former minister Bathabile Dlamini because, her lawyer said, she was a single mother who only earned R110,000 a month.

The Johannesburg magistrate’s court — which on Wednesday found Dlamini guilty of perjury — was told that she survived on a R40,000 pension from parliament as a former MP and the R70,000 she receives monthly from the ANC Woman’s League.

This was the argument advanced by Dlamini’s attorney, adv Tshepiso Mphahlane, who pleaded with the court not to send the 59-year-old to prison after her conviction.

Mphahlane told the court that the ANCWL president received R70,000 per month — but that this was not a permanent position as the league’s conference is scheduled for June, and she may or may not be re-elected.

Of the more than R100,000 she receives, said Mphahlane, Dlamini attended to the needs of her immediate and extended family.

At the pinnacle of this offence is accountability. We expect a certain standard of honesty from our public servants ... If you begin to trivialise this offence, and say it’s ‘just perjury’, we will be making a mockery of our justice system.

“Out of this income, she needs to maintain herself, her household ... being a single parent. She is now paying tuition for two daughters who are at university. One is 26 and the youngest 19.

“She also assists with her niece’s university tuition, and like many Africans assists her extended family during tough times. Her parents are both still alive and she’s responsible for them,” he said.

He called on magistrate Betty Khumalo to, instead, slap Dlamini with a fine because she was not a flight risk and “did not benefit out of the transgression at all”.

Mphahlane also sought to downplay the nature of the offence, arguing that most perjury cases were dealt with at district level courts and not a regional court, as in Dlamini’s case.

If Dlamini were given a fine, the community would not frown upon the decision, he argued.

The prosecution, however, dismissed this argument, saying that the consequences of perjury were dire, and at the heart of the case was accountability.

“When one looks at the position of the accused, a former minister at national level, if this kind sort of offences can be perpetuated at that level, what then should become of people down there? At the pinnacle of this offence is accountability. We expect a certain standard of honesty from our public servants,” he said.

He slammed the defence’s downplaying of the offence.

“If you begin to trivialise this offence, and say it’s‘just perjury’, we will be making a mockery of our justice system. It is therefore imperative that the public see the justice system in action, especially in cases such as this,” he said.

The prosecution further argued that Dlamini’s sentence ought to set a precedent to all public servants and office bearers.

“The perception that the law only protects the rich, politically connected and deals harshly with the poor should be squashed.

“The effect of this sentence should be felt as far away as Cape Town, where our parliamentarians are seated, the Union Buildings and everyone who has been entrusted with public service.

“We would like to submit that direct imprisonment is not far-fetched in this instance. If the court feels that is harsh, we will submit that a hefty fine be imposed, the failure of which she will have to go to prison,” added Rampyapedi.

Magistrate Khumalo said it would be in the interest of justice to consider both arguments, and adjourned the matter to April 1 for a decision on whether Dlamini will be sentenced to a fine or direct imprisonment.

The court proceedings came to a standstill at least twice during the day due to technical glitches. The case was later moved to a different courtroom.

Dressed in a red coat and navy slacks, Dlamini appeared to be in disbelief after the judgment, as heavyweights of the ANC’s so-called radical economic transformation faction turned out in large numbers to pledge their support. Among them were suspended secretary-general Ace Magashule, NEC member Tony Yengeni and former North West premier Supra Mahumapelo.

Speaking on the group’s behalf after the proceedings, Yengeni said: “As friends and comrades of Bathabile we are disappointed by the outcome. ... however, we will wait until the sentence is passed,” he said.

Dlamini was charged with perjury after a ConCourt judgment in 2018 that followed an inquiry into whether she should pay costs in her personal capacity for the social grants payments debacle.

One of the issues of the inquiry — headed by retired Gauteng judge president Bernard Ngoepe — probed whether Dlamini had appointed work streams of the SA Social Security Agency (Sassa) to ensure Sassa could take over the payment of social grants from Cash Paymaster Services.

The ConCourt said the inquiry found Dlamini appointed individuals to lead the parallel work streams and those individuals reported to her. The work streams were supposed to report to the Sassa executive committee, not to the minister.

Dlamini denied lying under oath when she said the workstreams did not report to her.

However, Khumalo said in her judgment that all evidence pointed to the fact that workstreams did indeed report to her.

“I am finding that the state has succeeded to prove the main count of perjury. As such, the accused is found to have knowingly and intentionally disposed of false evidence to the effect that the work streams did not directly report to her, that she did not attend meetings of the work streams,” said Khumalo.