Suspended ANC secretary-general wants his cases struck off the roll, but he will have to wait until April for clarity 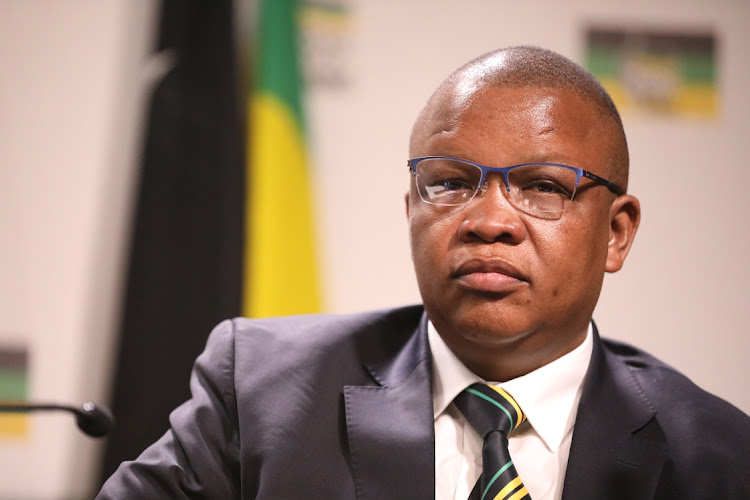 Ace Magashule is convinced his corruption trial will be thwarted. He argues that the R255m tender for the eradication of asbestos in Mangaung had nothing to do with the department that issued the contract.

On Tuesday, the suspended ANC secretary-general said he was astounded he was being charged with poor oversight of Free State human settlements, which issued the tender during his time as premier there, saying he was not directly responsible for the department.

Magashule has petitioned the Bloemfontein high court to throw out his cases — he is accused of failing to conducted oversight of a government department and report corruption — arguing there is no legal basis for corruption charges against him.

The court has reserved judgment until April.

Speaking to the media outside court, Magashule maintained there was no case against him.

“And the question was from my lawyers, what have I benefited? Because if you charge me with corruption and fraud it means I have benefited,” he said confidently.

Magashule told the court the charges against him were politically motivated to keep him out of his ANC office at Luthuli House.

His lawyers said the state’s case had been weakened because its key witness, Moroadi Cholota, Magashule’s former PA, refused to testify against him.

They allege Cholota solicited funds for school fees, travel expenses and electronic devices from those accused of looting the asbestos tender, but that this was not necessarily a corrupt arrangement.

His legal representatives also questioned the timing of Magashule’s arrest, saying it took place before the National Prosecuting Authority (NPA) had completed its investigation.

Magashule supporters and ANC national executive committee (NEC) member Dakota Legoete said the fact that the state had dropped the number of charges against him demonstrated it did not have a case.

“The state is adamant it has a case. The defence made it very clear that the state does not have a case. Charges are no longer 17. They have been reduced to three. [This] clearly demonstrates there’s a move. Secondly, we are still awaiting any amount or any deposit or any allegation of corruption,” Legoete said.

Should Magashule lose his bid to have his case struck off the roll, his corruption trial will resume in June.