‘It’s a travesty of justice,’ says Jacob Zuma Foundation who will advise the ex-president to petition the SCA 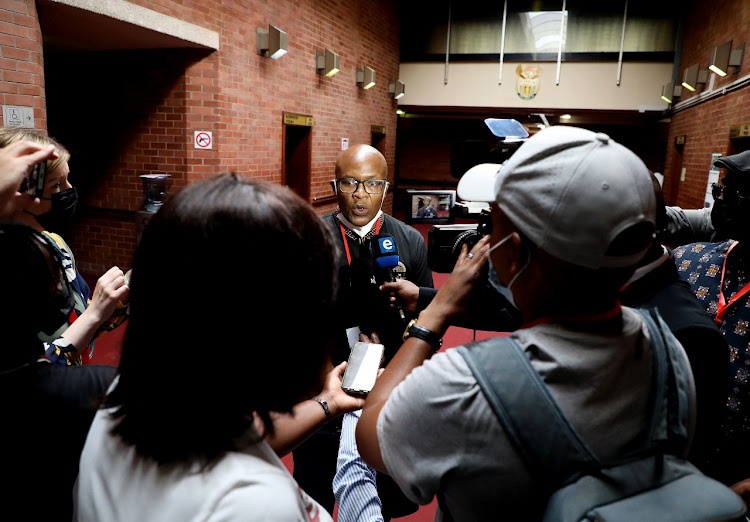 These were the words of Mzwanele Manyi, spokesperson for the Jacob Zuma Foundation, after Pietermaritzburg high court judge Piet Koen refused to grant leave to appeal against a ruling in which he dismissed Zuma’s bid to have state advocate Billy Downer removed from the prosecution team in his corruption trial.

Zuma has accused Downer of misconduct and of being biased, which would result in him not getting a fair trial. After pleading not guilty to the charges before him, he challenged Downer’s “title” to prosecute in terms of the Criminal Procedure Act.

But Koen ruled against him.

Zuma wanted to appeal this decision in the Supreme Court of Appeal and, in a legal machine gun approach, raised various other issues, including that he be allowed to present further evidence on appeal.

But on Wednesday, Koen again ruled against him saying he had no prospects for success, that the trial must proceed on April 11 and, in terms of law and in the interests of justice, he was not entitled to pursue an appeal at this stage.

Manyi described the “special plea” as an interlocutory application which should not have been dismissed.

He said as with the commission of inquiry into state capture, when chair Raymond Zondo refused to recuse himself after Zuma accused him of bias, “a judge is ruling on his own ruling”.

“Judges lack the necessary humility to say I hold my position but maybe someone else would see it differently.”

He said the foundation would advise Zuma to petition the SCA for direct access.

NPA spokesperson Mthunzi Mhaga said any further litigation in this matter, either at the SCA or the Constitutional Court, would be “regrettable” and “undesirable”.

“We said this piecemeal approach in appealing before the conclusion of the trial was irregular and have been vindicated. We hope the trial will resume and we can lead our witnesses.” 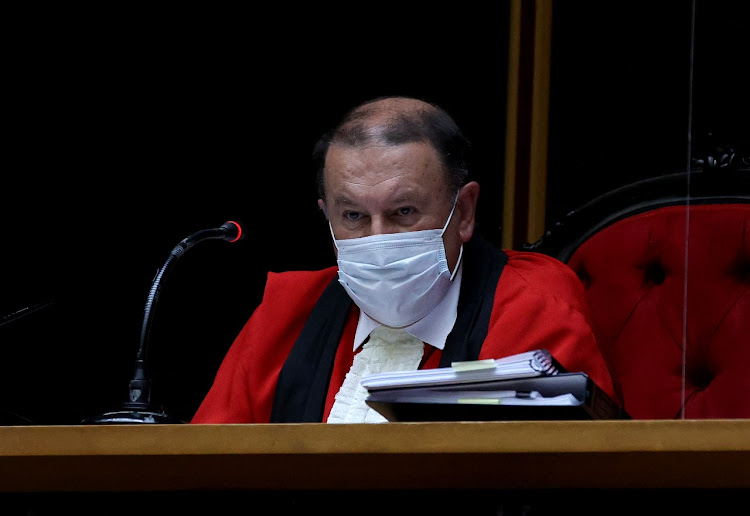 Koen on Wednesday gave a summary of his findings, saying the written judgment ran to 60 pages, dealt with legal arguments and case law and “would be of interest to lawyers only”.

He said he had identified several issues in the leave to appeal application.

The main one involved the special plea regarding Downer’s title to prosecute.

He said Zuma had raised the plea in terms of a section of the Criminal Procedure Act. He therefore had not been required to adjudicate the application for Downer’s removal based on any alleged threat to Zuma’s fair trial rights.

“I am enjoined by law to decide only the issue before me ... the inquiry depended on the meaning assigned to the words ‘title to prosecute’, as interpreted and determined by our courts ... and it has been decided authoritatively by the SCA.

“Complaints of alleged lack of impartiality or bias on the part of a prosecutor do not affect the right to prosecute in terms of that section of the act. Even if that was wrongly decided, which I am not persuaded it was, it was dispositive of the special plea.”

He then turned to other issues raised by Zuma, including an allegation that he had committed an “irregularity” by directing that affidavits, rather than written argument, be filed in the leave to appeal application.

Koen denied this. He said he had only fixed dates for the filing of affidavits in Zuma’s separate application that further evidence be heard on appeal, and any suggestion otherwise was “factually incorrect, unfounded and opportunistic”.

Zuma also alleged it was irregular that Downer had deposed to an affidavit in that matter, saying he had a conflict of interest.

The judge said Downer had been “best qualified” to respond to the allegations and there was no substance in this objection.

An appeal before the conclusion of the trial would not lead to a just or prompt resolution of the disputes between the parties, the real issue being the guilt or innocence of Mr Zuma.

On the issue of whether an appeal was competent at this stage of the criminal trial, before any verdict as to the guilt or innocence of Zuma and his co-accused French arms company Thales, judge Koen reiterated the “undesirability of piecemeal litigation”.

“This results in delays and a drawn out trial to the detriment of the accused, co-accused and the general interests of the public.

“I conclude that an appeal before the conclusion of the trial would not lead to a just or prompt resolution of the disputes between the parties, the real issue being the guilt or innocence of Mr Zuma.

“He can ultimately appeal the dismissal of the special plea. But he cannot do so now. The trial must proceed ... It is also inimical to the interests of justice if it has no prospects of success.”

Zuma also complained that the special plea dispute should have been aired at a trial and wanted Downer to give evidence and be cross-examined about political interference and the involvement of foreign intelligence agencies in the decision to charge him.

Koen said: “There is no substance to the contention that it should have taken the form of a trial ... with lengthy oral evidence which would have been unnecessary, irrelevant and superfluous.”

“The grounds of complaint cannot, as a matter of law and binding precedent, be decided under the rubric of a special plea. It was patently in the best interests of justice that it was decided on affidavit. To require witnesses to be subpoenaed before the criminal trial commenced, to be cross-examined on issues which might not be raised at the trial, would not be in the interests of justice.”

Zuma had also asked that a “special entry of an irregularity or illegality” be made on the record of proceedings so far to be brought to the attention of the SCA.

Koen said this could only be done after conviction and “he is not convicted”.

He said there were no irregularities or illegalities which could be identified with any certainty and clarity and those that could be discerned were “frivolous, absurd and devoid of any prospects of success”.

Zuma and Thales have pleaded not guilty to racketeering, corruption, money laundering and fraud charges relating to the multibillion-rand arms deal.

Zuma is accused of receiving about R4m via his former financial adviser Schabir Shaik to help Thales secure the defence contracts. Shaik was convicted in 2005 but was released on medical parole in 2009.