How BioNTech undermined SA-based WHO vaccine hub for Africa: ...

How BioNTech undermined SA-based WHO vaccine hub for Africa: report 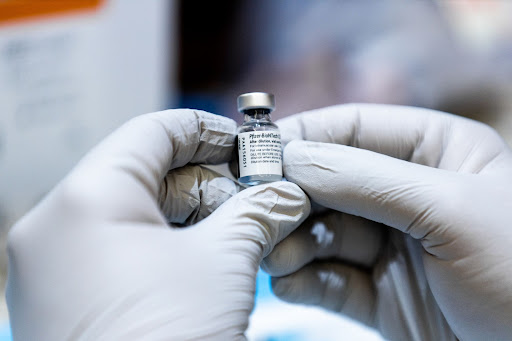 SPEEDING THINGS UP While the WHO is establishing a hub for Africa in South Africa, BioNTech has undermined those efforts.
Image: Bloomberg

BioNTech has become a household name in SA because of its partnership with Pfizer and the resulting vaccine that has been administered almost 23-million times in the country in the fight against Covid-19.

Now, however, its name is being dragged through the mud.

An investigation by the British Medical Journal (BMJ) and German newspaper Die Welt shows that it does not have vaccine equity at heart and is instead hoping to exploit regulations to ship vaccines made in Africa back to Europe.

The publications have revealed that a foundation called kENUP, representing the biotechnology giant, has gone about undermining a World Health Organization vaccine hub in Africa, with SA as the base.

The WHO initiative is designed to see more vaccines being made in Africa for Africans by scaling production up from 1% to 60% by 2040.

Documents instead show kENUP was “promoting BioNtech’s plan to ship mRNA factories housed in sea containers from Europe to Africa, and suggesting a new regulatory pathway to approve vaccines made in these factories”, according to the BMJ.

In a special report published on Thursday, BMJ investigations editor Madlen Davies describes how the kENUP Foundation has claimed the WHO’s hub in Africa will flop and also “infringes on patents”.

Charles Gore, executive director of the Medicines Patents Pool, which is responsible for the intellectual property and licensing elements of the hub, told BMJ that the rumours were “ridiculous”.

He said: “Clearly, somebody has been going around Africa saying that we’re going to infringe patents, which is extremely unfortunate since it’s completely untrue.”

Davies explains that the WHO’s technology transfer hub based in SA and launched in June 2021 uses publicly available information to re-create Moderna’s vaccine.

The idea is that companies and scientists from across the continent will gain knowledge of how to use mRNA technology. It will then develop a comparable vaccine, which, if successful in clinical trials and approved by regulators, it will manufacture industrially.

Developing life-saving vaccines in this way is permitted under South African law, and it was hoped that Pfizer/BioNTech or Moderna would share its technology and know-how with the hub to help speed up the process.

But in a document sent to South African government officials, after a visit to the country in August last year, the kENUP Foundation said the hub’s activity should be “stopped over concerns that it will infringe patents”.

Ellen ’t Hoen, a lawyer and public health advocate, said BioNTech should be accountable for the kENUP Foundation’s actions.

The kENUP Foundation did not directly address the allegations or answer BMJ’s questions, but in a statement said it is “committed to global collaboration in the fight against infectious diseases”.

It added that it “has always co-ordinated with important intergovernmental organisations, such as WHO and Africa Centres for Disease Control”.

In a statement, BioNTech had also said it planned to establish mRNA-based vaccines manufacturing on the African continent which would “be done in close alignment with the WHO, the AU and the African CDC”.

But in October 2021, five months after the hub was formally announced, both Moderna and BioNTech announced their own plans to build vaccine production facilities in Africa.

BioNtech’s plans include shipping mRNA sea container factories from Europe to Africa, initially staffed with BioNTech workers, and licensed by the European Medicines Agency (EMA) rather than local regulators.

This new regulatory pathway has been described as “paternalistic” and unworkable by some experts as it appears to bypass local regulators.

Regulatory experts contacted by BMJ said that the concept of the shipping containers concept was flawed.

Containers can be “useful innovations” for flexible manufacturing and distribution of vaccines, said Prashant Yadav, a senior fellow at the Center for Global Development.

“However, they need to be approved by local regulatory bodies, and there should be a local quality responsible person from the country or site where such modular manufacturing is to be used,” he added.

Struck-off attorney is close to being a ‘serial offender’: judge