Cute and clawless they may be, but interfere and flawed you’ll be

Cute and clawless they may be, but interfere and flawed you’ll be 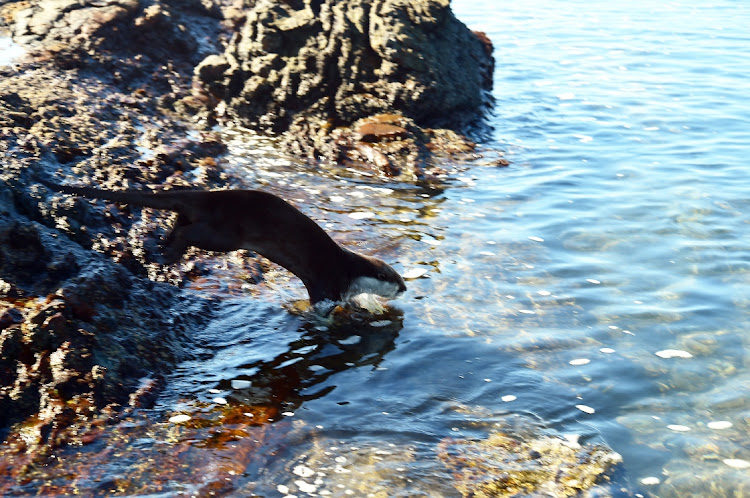 LEAVE THEM BE Never attempt to touch or pick up otters as they may defend themselves and their young, say experts.
Image: Eugene Coetzee

Love them with your eyes. That’s the stance by environmentalists reminding residents not to interfere with African clawless otters, which are increasingly being spotted on Western Cape shores and water masses.

According to the International Union for Conservation of Nature’s Red List of Threatened Species, the species is near-threatened from poaching, habitat loss, disturbance, pollution and persecution by humans in competition for food.

Together, the Two Oceans Aquarium, department of forestry, fisheries and the environment (DFFE), Humane Society International/Africa (HSI/Africa), International Union for Conservation of Nature SSC Otter Specialist Group and African Otter Network Group are working to monitor and protect the animals.

This week, the coalition issued a warning to increase public awareness on how to peacefully coexist with them.

HSI/Africa director of wildlife Dr Audrey Delsink said it is wonderful to see “precious wildlife enjoying our beautiful shores. However, otters are wild animals and we urge the public to keep a respectful distance. Never attempt to touch or pick up otters as they may defend themselves and their young.

“We can all play a part in protecting this endearing species, so we encourage the public to live harmoniously alongside them, keep visits to waterways litter-free and give these animals space.

“HSI/Africa works to protect all animals and seeks non-lethal solutions and tools to promote coexistence instead of conflict with our urban and native wildlife. We are proud to work alongside other experts and specialist groups, and the DFFE, to closely monitor the otters as a remarkable example of such coexistence and to mitigate any possible conflicts.”

HSI/Africa wildlife specialist Nicci Wright said: “As otter habitat decreases due to human encroachment and development along coast and river lines, these animals become more visible and consequently more habituated to people and our activities.

“However, otters are apex predators and will defend themselves and their territories if they feel threatened by people getting too close or dogs off leash, especially if they are protecting dependent pups,” said Wright, who is also a member of the African Otter Advisory Group and IUCN SSC Otter Specialist Group.

“If you have the privilege of seeing otters in the wild, remember to stay back and give them their space. We can coexist in our shared spaces by respecting each other and understanding the otters’ needs.”

According to HSI/Africa, the African clawless otter is one of 13 otter species and the third largest in the world. It occurs widely throughout SA in most aquatic habits and, though largely known as a freshwater mammal, can often be found in marine habitats as long as freshwater for rinsing is near.

Otters are usually solitary, but when prey is abundant, females can be found in groups with their offspring or, more rarely, males and females with their young.

EDITORIAL | As frustrating as the pace may be, let’s celebrate victories ...