Zondo report unveils a hornets’ nest of corruption and ...

Zondo report unveils a hornets’ nest of corruption and racketeering 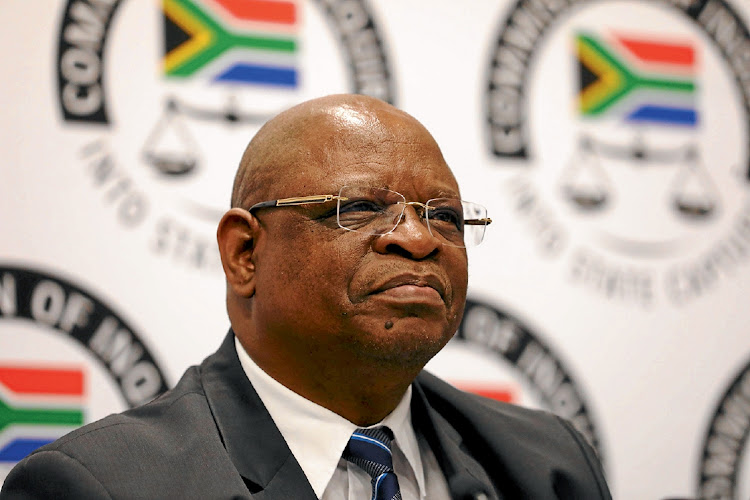 Gupta lieutenants Salim Essa and Eric Wood, as well as financial services company Regiments Capital, with its associated people, did not escape scrutiny either, with recommendations that they be  investigated for “illegal conduct on charges of corruption”.

Deputy judge president Raymond Zondo’s report paints a grim picture of how Zuma, aided by ministers loyal to him, set out to capture Transnet, which began with his insistence on the appointment of Gama ahead of Sipho Maseko back in 2009. This, despite Gama having been found to be unsuitable for the GCEO position while Maseko was the most preferred by the Transnet board.

Part two of the state capture commission’s findings, which was handed to president Cyril Ramaphosa on Tuesday, focuses on Transnet and Denel. The first tranche of the report was submitted last month and the third and final part is expected to be released by the end of February.

Zondo described Zuma’s testimony on Transnet as “improbable” and a “fabrication” that should be rejected.

President Zuma’s ... insistence on appointing Mr Gama to that position reflects the first steps taken by president Zuma towards the capture of Transnet by the Guptas with his assistance. 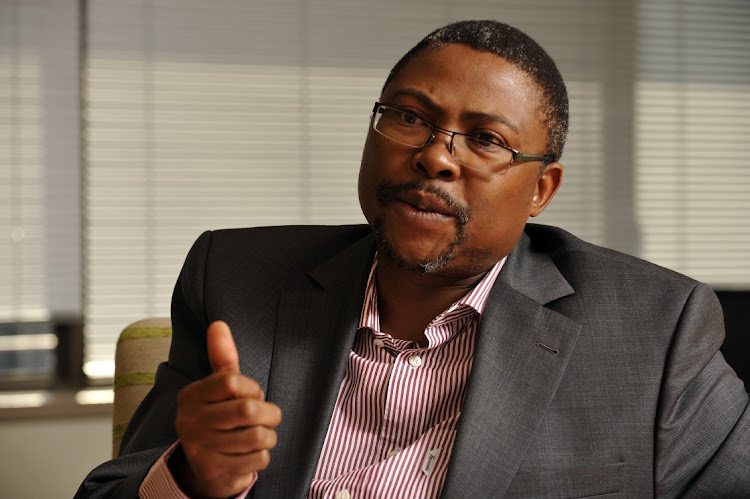 At the time of his appointment as Transnet GCEO, Gama was facing a corruption investigation stemming from his role in awarding a security tender to a company linked to a former cabinet minister when he was CEO of Transnet Freight Rail.

The Zondo commission report provides details of a protracted battle involving emails and physical meetings between Zuma and Barbara Hogan, who was public enterprises minister at the time.

The reports shows that Zuma, on multiple occasions, resisted the appointment of Maseko as he preferred Gama, even though his candidacy for the position had been rejected by the Transnet board.

“President Zuma'’s refusal to appoint Mr Maseko as GCEO of Transnet and his insistence on appointing Mr Gama to that position — even as Mr Gama was facing investigations into allegations of serious acts of misconduct, including allegations of misconduct relating to tenders — reflects the first steps taken by president Zuma towards the capture of Transnet by the Guptas with his assistance.”

According to Zondo, former Transnet and Eskom CEO Molefe with his colleagues, former Eskom and Transnet CFO Anoj Singh and former Transnet CEO Gama should be pursued for criminal prosecution, including corruption and racketeering.

He concluded that the four had collected bribes in bags from the Gupta compound in Saxonwold, as per the testimony of three witnesses who served as their protectors or drivers at the height of state capture.

Zondo recommended that Gigaba be investigated for possible corruption and racketeering in connection with cash payments he received between 2010 and 2018 from the Gupta home in Saxonwold.

“It is recommended that law enforcement agencies conduct any necessary further investigations with a view to the possible prosecution of Mr Brian Molefe, Mr Singh, Mr Gigaba, Mr Gama, Mr Pita and Mr Jiyane on charges of corruption ... racketeering in relation to cash payments allegedly received by them during visits to the Gupta compound in Saxonwold during the period 2010 to 2018,” Zondo found.

The report said Molefe, Singh and Gama facilitated the conclusion of irregular contracts at inflated prices through deviations, improper confinements and changing of tender evaluations criteria.

Turning to Wood, Regiments Capital and those associated with them, Zondo recommended that these individuals and entities be investigated for contravening the Public Finance Management Act (PFMA) by acting corruptly, and receiving and laundering R79.23m which was paid by Transnet to Regiments on April 30 2014.

A forensic investigation by Fundudzi Forensic Services on behalf of the National Treasury in 2018 found that Regiments had issued an invoice amounting to R79.23m to Transnet in respect of the “Risk Share — 1,064 Locomotives Foreign Exchange and warranty bonds”.

It was determined that Singh approved the invoice without any agreement being concluded with Regiments. They rendered services as financial advisers in the 1,064 locomotives contract which they had misrepresented as costing the state-owned entity R38.6bn, when it had escalated by a further R15bn.

Zondo also recommended further investigations of fraud, corruption and racketeering against Wood, Transnet group treasurer Phetolo Ramosebudi, the inside man for Regiments, Gupta lieutenant and mastermind Salim Essa, and Trillian, a company owned by Wood in the R93.4m Club Loan contract in 2015. It was already found three years ago, by the National Treasury report, that Ramosebudi had made a misrepresentation by stating that Trillian had helped Transnet negotiate the loan with Nedbank, Bank of China, Absa and Libfin.

Make ‘abuse of power’ a crime

Zondo proposes that “abuse of power” becomes a criminal offence that carries a maximum penalty of a fine of up to R200m or 20 years in prison, or both.

Taking such action and putting laws in place would serve to ensure that people installed in key positions act in ways which are fitting of those roles.

He made the recommendation specifically in relation to shenanigans at state-owned arms manufacturer Denel, where Zuma’s former lawyer Daniel Mantsha led a board which removed group CEO Riaz Saloojee, the group CFO and the company secretary in one of its first decisions — a decision that precipitated the SOE’s downfall.

Zondo says in the report that Mantsha and his board should be criminally probed to establish if their actions breached the Public Finance Management Act.

“The methods by which unscrupulous people can abuse public power are legion and abuses of public power pervades our public life,” he writes.

But, he says, “public abuse of power per se” isn’t a criminal offence — and such abuses of power tend not to be identified until long after they have taken place.

“It is therefore recommended that the government give consideration to the creation of a statutory offence rendering it a criminal offence for any person vested with public power to abuse public power vested in that person by intentionally using that power otherwise than in good faith for a proper purpose.

“Such potential violations might range from the case of a president of the republic who hands a large portion of the national wealth, or access to that wealth, to an unauthorised recipient, to the junior official who suspends a colleague out of motives of envy or revenge,” Zondo writes.

The methods by which unscrupulous people can abuse public power are legion and abuses of public power pervades our public life. 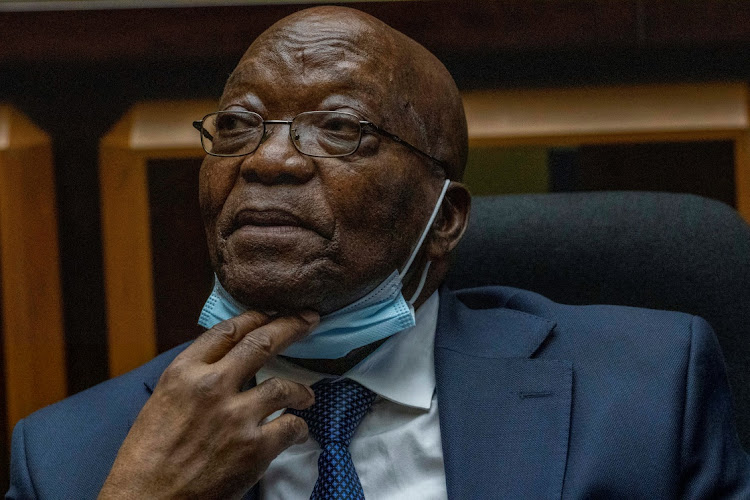 IN CAHOOTS Former president Jacob Zuma has been heavily implicated in the Zondo reports,
Image: POOL

Politicians have failed to ensure that those who are able to do the job are appointed to the boards and senior positions at state-owned enterprises (SOEs) — with devastating consequences, the report found.

The appointment of boards and CEOs of SOEs was “a matter of serious concern” — and the executive “often failed to appoint the right kind of people in these positions”.

Among the questionable appointments were:

Zondo also cited the case of Tom Moyane at the helm of the SA Revenue Service.

“Even though this doesn’t relate to an SOE, it was the executive who appointed Moyane as commissioner of Sars and he went on to cause untold damage to an organisation that was once the envy of other similar organisations internationally,” Zondo writes.

All of this shows that the country’s political decisionmakers can no longer be trusted with such decisions.

“It is clear that the appointment of members of boards, of directors of SOEs and senior executives, such as CEOs and CFOs, can no longer be left solely in the hands of politicians, because they have failed to give these SOEs board members and CEOs and CFOs of integrity and ability to lead these institutions successfully.

“They are going down one by one and, often, they depend on bailouts,” Zondo writes.

He recommended that an independent body be established to identify, select and recruit “the right kind of people” to lead these boards and organisations. Zondo says details of this body will be provided in part three of the report, which is due before the end of February.

Zondo linked former public enterprises minister Lynne Brown to state capture in Eskom and Denel and implied that she lied to his commission about her knowledge of calls she had with Gupta lieutenant Essa or the Gupta brothers.

“The assertion by Brown that she cannot remember anything about the conversations is rejected. She has told a deliberate untruth in this regard. Why would she lie about her telephone conversations with Essa?

“The only possible conclusion is that Brown was a witting participant in the Guptas’ schemes to capture Denel and Eskom,” reads the report.

EDITORIAL | Not yet another delay! We want action on Zondo, Cyril. NOW