The heat is on: SAPS spokesperson turns his aim on police ...

The heat is on: SAPS spokesperson turns his aim on police stations in KZN 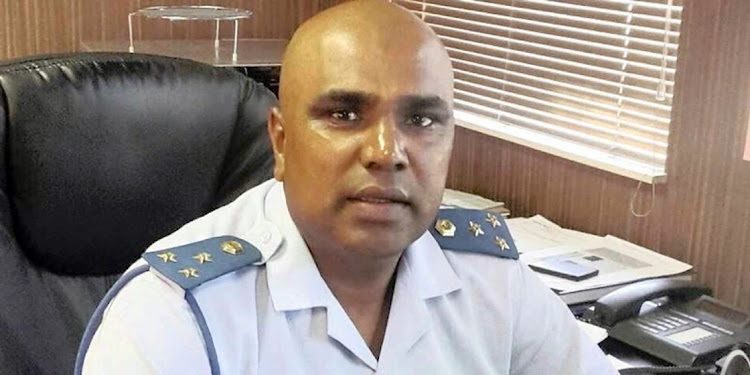 Renowned for defending the badge and the blue uniform to the hilt, now former national police spokesperson Brig Vish Naidoo has taken up a new calling within the SAPS — ensuring KwaZulu-Natal’s policing units and stations comply with standing regulations and that complaints against them are dealt with effectively.

“It was time for a move. I have been in the police for 36 years and doing communication, which includes marketing the SAPS and security in SA, for 29 years,” said Naidoo.

Naidoo, who has been replaced by Maj-Gen Mathapelo Peters as national police spokesperson, began his new post as provincial head of inspections on Tuesday.

He said it was time the “youngsters within the communication section, who are highly competent people, get an opportunity to shine”.

“For everyone a time comes when they must move on. If you don’t, your colleagues will not get an opportunity to develop and grow,” he said.

Naidoo, who hails from KZN, said he felt his starting date was at the wrong time, “from a weather perspective”.

“I have spent most of my career based out of Pretoria representing the SAPS nationally as a spokesperson. Being in Pretoria you forget what the weather in February is like in Durban. Now it is sweltering and humid. I just hope that the new environment that I am working in — if the weather is to go by — will not be the same,” he said.

Naidoo said his unit and the team he led would be responsible for visiting police stations and units conducting compliance checks and ensuring they operate and function within the national SAPS regulations.

“The team will make recommendations on how and where the different stations and units in the province can improve where improvement is needed.

“A subsection of our team will deal with complaints against the police.”

He said the move had felt right, “and that the time had come for me to re-adapt and hang up my mic and take on a new role.

“I will put the expertise, which includes the challenges that come with the post of national police spokesperson, which I have gained over the years to good use.”

Naidoo, who previously worked as a police spokesperson in his home province, said his former years in KZN would help him in his new position.

“Those years, which involved covering intense factional fighting and taxi violence, helped in developing me.

“I am almost 55 years old now. I have moved back to KZN because it has always been my desire to finish off my career in my home province.

“This posting still allows me to contribute towards and serve the SAPS and SA, just in a slightly different way.”

Is it a phantom railway? No, Cape Town, it’s just an old seawall