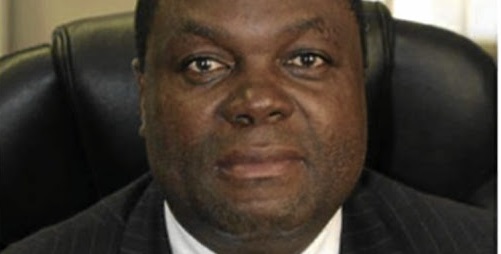 SLOW PROCESS Public works director-general Sam Vukela has been suspended for the past 18 months.
Image: Supplied

The state has paid R3.3m to suspended public works and infrastructure director-general Sam Vukela, who has been sitting at home for the past 18 months.

He is suspended on full salary.

Vukela was placed on precautionary suspension by public works and infrastructure minister Patricia de Lille in July 2020, pending the finalisation of disciplinary proceedings against him.

But it looks as if he will not be going back to work any time soon, as both he and the presidency are legally challenging aspects of the suspension.

On Tuesday, MPs raised concerns about the waste of state resources in this process, the prolonged time it is taking to deal with the matter and the possible abuse of judicial processes by the director-general.

While the president is responsible for the career incidents of heads of national government departments in terms of the Public Service Act, he had delegated powers to discipline Vukela to De Lille.

This prompted Vukela to approach the high court seeking an interdict to his pending disciplinary inquiry, alleging that the process would not be fair if overseen by De Lille.

“In the interest of fairness to all parties involved, the president then changed the delegation to oversee the disciplinary process from De Lille to the then minister in the presidency [the late Jackson Mthembu], which led to Vukela’s application being struck off the roll by the high court,” said Matsietsi Mekoa, the deputy director-general responsible for corporate services in the presidency.

We must concede that there is an emerging pattern of abuse of the judicial processes in an attempt to circumvent consequence management.

Mekoa told parliament’s standing committee on public accounts (Scopa) that, in August 2021, Vukela made a written representation to the current minister in the presidency Mondli Gungubele, asking for his suspension to be lifted.

Having considered the seriousness of the charges against Vukela, Gungubele decided that the suspension should continue until the finalisation of the disciplinary processes.

Vukela then filed a dispute in terms of the Labour Relations Act with the General Public Service Sector Bargaining Council (GPSSBC), challenging his suspension. The bargaining council’s hearings took place on December 13 and 14 and will continue later this month.

In addition, there is a review application pending in the labour court pertaining to the jurisdiction of the bargaining council with regard to the disciplinary matter.

Vukela contends that this matter should be heard by GPSSBC and not by a disciplinary tribunal process.

“We await the court to set the matter down,” Mekoa said.

Gungubele added that it was the view of the presidency that the GPSSBC should not be dealing with the matter and therefore it questioned its jurisdiction in court.

“Everyone seems to be focused on what the law and the processes allow.

“It’s always going to be difficult to act outside that but 19 months not being at work is not a good story in terms of state resources. That point we share with the committee,” he said.

He agreed that disputes of this nature were costly to the state but explained that they were tied to established processes.

DA MP Alf Lees asked about Vukela’s salary while on suspension. He also wanted to know if the state was paying his legal fees — and was told that the state was not doing so.

EFF MP Ntombovuyo Mente lamented the lack of urgency on the matter from the presidency. She said it looked as if someone wanted the matter to drag until Vukela’s five-year contract came to an end in December 2022.

“Looking at it, it doesn't look as if anything has been done. We need to find a way of fast-tracking this matter,” said Mente.

ANC MP Sakhumzi Somyo seemed to share this sentiment. He said the delay did not seem to concern Vukela as his salary was being paid.

“It could be a tactic by the DG that his time would end while this is ongoing,” said Somyo.

Scopa chairperson Mkhuleko Hlengwa said: “We must concede that there is an emerging pattern of abuse of the judicial processes in an attempt to circumvent consequence management. It’s all good and well to have a renowned constitution, but rights come with responsibilities and consequences, and the unintended consequence here is we are susceptible to judicial abuse.

“I think that it is fundamentally where the issue is. We are saddled with R3.3m salary bill which is exclusive of the cost the state is incurring with all this legal toing-and-froing.”

The heat is on: SAPS spokesperson turns his aim on police stations in KZN